Family doctors and pediatricians should be on the lookout for a poorly understood eating disorder in which children severely restrict the types of foods they will eat, a pair of eating disorder experts say.

The condition can impede the growth and development of children who suffer from it. And some may require tube feeding in order to be able to make gains in weight and height, says Dr. Debra Katzman, co-founder of the eating disorder program at Toronto's Hospital for Sick Children.

The condition is called avoidant-restrictive food intake disorder. People who suffer from it may eschew foods with too much texture or refuse to eat all but a few foods. The disordered eating patterns can lead to other health problems.

"If you're only eating ice cream for breakfast, lunch and dinner, the chances of you having for instance a normal hemoglobin" – red blood cell count – "are probably low," Katzman said.

The problem can afflict adults as well as children. But as a pediatrician, Katzman's concern is trying to ensure the children she sees are successfully treated so they don't have the disorder in adulthood.

These are not simply fussy eaters. Nor are they anorexic, she said. Their eating habits make them the butt of ridicule and they know that they are missing out. But they cannot bring themselves to overcome their eating issues.

The diagnosis – avoidant-restrictive food intake disorder – is a new one. Two years ago when the most recent iteration of the diagnostic guide for mental health professionals – the Diagnostic and Statistical Manual of Mental Disorders, 5th edition – was published, it broke out this eating problem as a distinct disorder for the first time.

Katzman said adults and children who previously displayed this type of eating problem might have been diagnosed with "eating disorder not otherwise specified category" or "feeding disorders of infancy and early childhood."

She and a colleague, Dr. Mark Norris of the Children's Hospital of Eastern Ontario, decided to see whether pediatricians were aware of the new diagnosis and looking for children who might have this disorder.

The goal, she said, is to diagnose children who suffer from the disorder early and start working with them and their families, so that the problem does not become long term and affect their growth.

In a commentary published in the Journal of Adolescent Health, Katzman and Norris describe doing a pilot study to gauge the level of knowledge about the disorder in the medical community. They sent a survey to nearly 2,500 pediatricians. Only 26 per cent responded, but within that group, 63 per cent had not heard of the condition.

"That's not good enough. They're going to be seeing these kids. They need to be familiar with this diagnosis," Katzman said.

Katzman said parents of children who have some food dislikes don't need to be alarmed if the child is growing.

"If the kid is a picky eater and growing normally and doesn't have signs of nutritional deficiency and isn't dependent on oral supplements like Boost or Ensure to get them to grow and develop and it's not interfering with their psychiatric or psycho-social functioning, no, they don't have ARFID," she said.

She said she and Norris plan to conduct another study to try to determine how common the condition is in Canada.

Shift work may have negative impact on long-term health
June 14, 2015 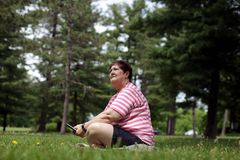 Recovery from an eating disorder is surrounded in myths
February 2, 2015 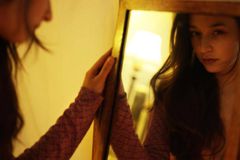