Early last fall, physician Nikhil Joshi was alarmed to find a lump on his neck.

It was a scary and uncertain time for the St. John's resident, but rather than wallow in self-pity as he underwent aggressive chemotherapy, he blogged about his cancer experience (which later became a CBC Radio miniseries).

In March, he published The End of Suffering, a book of personal musings, to give hope to other cancer patients. Now 28, and with a clean bill of health, he talks with The Globe about his book, the things you should – and should not – say to cancer patients, and how his struggles in recent months have made him a better, more empathetic doctor.

How did you feel when you found out it was cancer?

When I was waiting for biopsy results, I was pulling for Hodgkin's lymphoma. My mother was with me when I found out, and she started crying. But I thought I'd won the jackpot – well, not really, but if you're going to have cancer, you might as well have Hodgkin's [which is more treatable than non-Hodgkin's].

What prompted you to blog?

I've always found writing to be cathartic. By blogging, I got clarity and an understanding of how I felt, of how I was doing. In the beginning, I went into it really bravely, very stupidly, and very humanly.

By that I mean I was interested in being the best I could with my illness. I saw my illness as a challenge to be happy in spite of it. I wasn't always happy but I insisted on finding happiness whenever I could. I tried to value the people and the experiences I was having.

How did your friends and family react to the cancer news?

Everyone reacted differently but the overwhelming theme was sadness. It was hard to be surrounded by that.

After a while, I instructed people that I wasn't looking for any pity or sympathy. I wanted normalcy and I wanted laughter.

In an article in The Globe in 2011, you wrote a piece entitled 'I'm a Medical Student Who Smokes.' Do you thinking smoking contributed to your diagnosis?

In my opinion, it did – although I hadn't smoked in a while. Smoking is not clearly a risk factor for Hodgkin's but there seems to be an increased association.

I received nothing but positive reviews for that story. There's often too much of a wall between patients and physicians. We all have to stop acting like we're perfect and communicate the fact that we all have flaws and vices.

We're here as physicians to understand and help our patients. Not to judge them.

Was it difficult for you to quit smoking?

Nope. Not after you get cancer. It caused me to quit permanently and never look at a cigarette again.

Tell us about your blog.

The reaction I got was overwhelmingly human and positive. So many people wanted to share their stories with cancer and all sent me great wishes. I was contacted by a young female physician in Australia who had Hodgkin's lymphoma. She was Canadian and shared with me what it was like to go through chemotherapy, and the general feelings you get after it. She was done with her treatments and she was able to let me know that things were bad, but they weren't going to stay bad.

What motivated you to write The End of Suffering?

I wanted to stop suffering. I needed a way from everything I was going through and the process of creating literature kind of saved me.

I always try to write positive, humourous things when I'm miserable. That's when my best work comes out.

What did cancer teach you about life, love and being a doctor?

Cancer taught me to be happy. Every day you stay miserable is a day wasted.

I think you find out who loves you most when the chips are down. It's easy to love people when everything is going well, but the real enduring, beautiful love persists in the space of adversity.

As a doctor, it taught me that patients suffer and that suffering is what they want you, as a doctor, to remove. They don't want you to give them a fancy diagnosis or an expensive drug.

What things should you not say to someone with cancer?

"What's your prognosis?" Or more bluntly, are you going to live or die? I had someone ask me if I was going to die. I just kind of smiled at him and said, "Why, do you want my stereo?"

Healthy people should never give cancer patients health advice. There's nothing worse than being sick and getting advice from the healthy, because it's almost like insinuating you did something to make this happen to you.

They mean well by saying that, but what they should say is, "I care about you and I want you to do well."

What else should you say to someone with cancer?

Talk to them about something normal. For some guys, it might be sports. For others, food. For others, politics. But first and foremost, talk about everyday, regular things first, and cancer second.

Also, tell a person with cancer that he or she looks hot. Cancer patients really lose that feeling of being attractive, because you often feel like a pariah. It's all about helping that person maintain some normalcy. 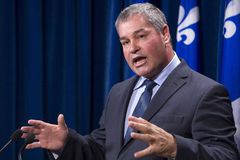 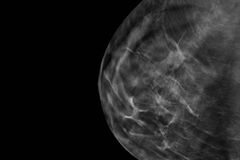 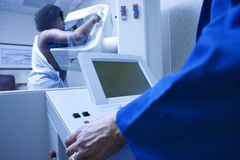 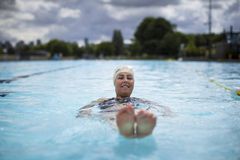