Doctors who refuse to provide certain treatments on religious or moral grounds must tread delicately or risk trampling human-rights laws, according to the chief commissioner of the Ontario Human Rights Commission, which is expected to weigh in soon on a review of professional guidelines for physicians practising in Canada's largest province.

"First and foremost their job is to provide health-care services to people who require them," Barbara Hall said. "If [doctors] wish to put forward their own human rights as a barrier to doing that then they may come up against the fact that their rights are not absolute."

In an interview, Ms. Hall said doctors generally do not enjoy the same legal protections as religious officials – a point her commission underlined to the College of Physicians and Surgeons of Ontario (CPSO) when the medical regulator last updated its policy on doctors and the human-rights code in 2008.

The CPSO has opened its website for feedback until Aug. 5 as part of a regularly scheduled review of the policy, which tackles the difficult question of when and how doctors can refuse to treat patients on religious or moral grounds. The way the college answers that question could affect many kinds of patients, including same-sex couples seeking fertility treatments, transgendered people pursuing reassignment surgery and women seeking artificial contraception or abortions.

Right now, the CPSO – like the self-governing professional bodies that oversee doctors in other provinces – generally supports the prerogative of doctors to decline providing non-emergency treatment for moral or religious reasons. The policies vary around the edges, particularly when it comes to whether physicians who refuse treatment have a duty to refer patients to another doctor, a perennial and often impassioned debate in the context of abortion.

The CPSO's existing policy includes a list of "expectations" it asks physicians to meet when refusing treatment, including communicating clearly and promptly about their refusal to provide certain services; explaining all clinical options based on the patient's clinical needs and concerns; behaving respectfully to patients they decline to treat; and advising potential patients that they can see another doctor.

"The College will consider the extent to which a physician has complied with this guidance, when evaluating whether the physician's behaviour constitutes professional misconduct," the policy says.

The CPSO does not insist explicitly on a duty to refer, something Carolyn McLeod, a philosophy professor at the University of Western Ontario, hopes the college will add to its expectations when a new draft policy is produced at the end of this year or early next.

She is part of a research team studying conscientious objections in health care which plans to make a submission as part of the CPSO review.

"We argue that they [doctors] need to provide referrals for health services that they morally object to, [and] we talk about the importance of not demeaning or humiliating a patient while they're refusing to provide the service the patient seeks," she said.

Prof. McLeod pointed to the case of three Ottawa doctors who distributed a form letter to prospective patients at a walk-in clinic warning they would not prescribe birth control or refer for vasectomies, abortions or emergency contraception because of their "religious values," as an example of a clumsily executed conscientious objection.

"I thought their behaviour was inappropriate because the letter that they gave to the patients suggested that there might actually be medical reasons to prefer natural family planning over other forms of so-called artificial family planning. That's certainly contentious," she said, adding that the doctors communicated their refusal in an impersonal letter that made at least one patient feel humiliated.

That patient, Kate Desjardins, 25, posted the letter and recounted her experience on the website xoJane in February. Since then, the three doctors involved, Edmond Kyrillos, Agnes Tanguay and Rene Leiva, have obtained a lawyer who told The Globe and Mail by e-mail last week that the physicians have structured their medical practices to protect the best interests of their patients without sacrificing their own beliefs.

The lawyer, Meghan O'Brien, would not confirm if the three doctors are facing any legal challenges. As is their typical practice, neither the CPSO nor the Ontario Human Rights Tribunal would say if official complaints have been lodged against the doctors. The college only makes complaints public if they result in a disciplinary hearing for the doctor.

Ms. Desjardins said she has not filed a complaint against them.

Margaret Somerville, the founding director of the Centre for Medicine, Ethics and Law at McGill University, said the three doctors in this case are not mere technicians and should not be expected to jettison their values at the clinic's door.

"Where it's something that goes to the essence of your most important beliefs, which is what this does for those doctors, then unless there were dire circumstances and there would be terrible harm, I don't see why you wouldn't respect them. They're being upfront," she said.

Prof. Somerville added that it is crucial to protect physicians' rights to refuse treatment without facing discipline from their medical regulator.

"Quite frankly," she said, "do you really want to be treated by a doctor who doesn't care if he thinks that he's doing something unconscionable or unethical or immoral?" 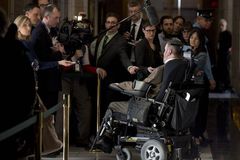