Psychedelic drugs, including LSD and MDMA, could help some patients struggling with addiction, post-traumatic stress disorder and anxiety, according to a new analysis that urges

Canadian policy-makers to reconsider their perception of those drugs.

The analysis, published Tuesday in the Canadian Medical Association Journal, says several small studies show psychedelics may be effective at treating certain patients, but that "popular misconceptions" about the risks of the drugs are hampering research efforts. The authors argue that any novel treatment that may ease the symptoms of PTSD, addiction or anxiety should be explored, especially considering the limitations of available treatments.

"We're hoping to reduce the kind of stigma, for lack of a better word, around this area of scientific investigation," said Dr. Evan Wood, a professor of medicine at the University of British Columbia, medical director for addiction services at Vancouver Coastal Health and one of the study authors. "I think there has to be some acknowledgment that the traditional approach that's been taken in mental health hasn't really been effective."

Psychedelics can alter mood, thoughts and change the way people feel, see, hear or taste. Some of the drugs, such as lysergic acid diethylamide (LSD), psilocybin and mescaline can cause psychosis and/or hallucinations.

In the 1950s and 60s, researchers experimented with the possible therapeutic benefits of psychedelic drugs. Some studies showed the drugs could help people dealing with alcohol dependence, for instance. But the CMAJ paper notes that a series of ethical problems – such as researchers encouraging people to use psychedelics in non-clinical settings and some patients being given the drugs without their consent – led to restrictions on the study of psychedelics that are only now beginning to lift.

Now there is growing, renewed interest in the potential for these drugs to treat some types of mental illness. A small 2014 Swiss study, for instance, found that people with terminal illness treated with a combination of LSD and psychotherapy had lower rates of anxiety. A U.S. study involving a small group of patients also found that

"We need a bit of a rethink," Wood said.

But experts also caution against getting ahead of the research. Much remains unknown about how psychedelics affect the brain and how well they actually work at treating disease. In July, Dr. Jeffrey Lieberman, chairman of psychiatry at the Columbia University Medical Center in New York, wrote on the Medscape website that excitement over psychedelic drugs needs to be tempered with a realistic assessment of how research can be done safely.

The drugs "need to be studied, and we need to determine for what purposes they should be used and what risks and benefits are associated with these treatments," he wrote.

Media attention is increasing the public's awareness of the fact psychedelics may help with addiction, stress and PTSD, he wrote, which means the research community should scrutinize and study these drugs to determine how, and if, they work.

"We need to know how to react to a growing body of opinion, which calls for treatments that are not necessarily ready for prime time," Lieberman wrote.

Dr. Stephen Kish, a senior scientist at Toronto's Centre for Addiction and Mental Health, said there are still many important unanswered questions about the role of psychedelics in the treatment of disease. Kish studies the use of ecstasy in the treatment of PTSD. The drug appears to increase a person's sociability, which could help patients bond with their therapists. At the same time, he wonders about the implications of using drugs such as LSD, which is known to cause hallucinations and, in some cases, psychosis.

When it comes to how well these drugs may work, "the answer is, we don't know yet," he said.

He highlighted the fact that people should avoid self-medicating with psychedelic drugs. The forms available on the street are unlikely to be pure and could lead to serious health problems or even death. 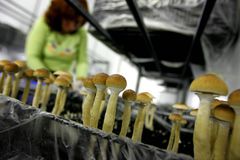 PTSD program for first responders extended to family members
May 6, 2015 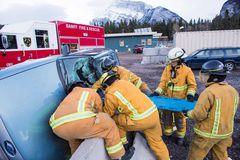 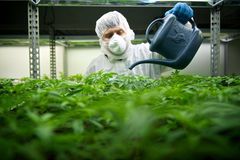 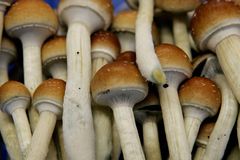