B.C.'s top health official says taking pure ecstasy can be "safe" when consumed responsibly by adults, despite warnings by police in Alberta and British Columbia about the dangers of the street drug after a rash of deaths.

Dr. Perry Kendall asserts the risks of MDMA – the pure substance originally synonymous with ecstasy – are overblown, and that its lethal dangers only arise when the man-made chemical is polluted by money-hungry gangs who cook it up.

That's why the chief provincial health officer is suggesting the risks of black market MDMA could be mitigated, for example if it were legalized and potentially sold through licensed, government-run stores where the product is strictly regulated from assembly line to check-out.

He took issue with a story by The Canadian Press earlier Thursday that characterized him as advocating legalization, saying that isn't his position.

"I am quite a strong critic of prohibition because I don't think it keeps drugs out of the hands of vulnerable people and I don't think it does much to reduce harmful use and I think it has other harmful effects like putting billions of dollars into the hands of criminal enterprises," Kendall said in an interview Thursday.

"If one was to look at MDMA in that context, then hypothetically, one could see it and a number of other illicit drugs being legalized. I am advocating a process to look at that, rather than advocating the legalization of any specific drug."

"However, if it were to be legalized, it could be used under medical supervision, because psychiatrists are currently exploring its use for PTSD. And if it were to be regulated for recreational use, then it certainly should be strictly controlled and one hypothetical mechanism might be like we use for liquor stores, only I would suggest it would need be stricter and more stringent than we currently have for liquor stores."

"(If) you knew what a safe dosage was, you might be able to buy ecstasy like you could buy alcohol from a government-regulated store," Dr. Kendall said in an interview.

He posits that usage rates would decrease.

Several studies agree the pure substance is not so "ominous," including research by a Harvard psychiatrist that dispels more damning earlier work.

Dr. Kendall was asked whether ecstasy, after further study around correct dosage and in a setting involving strict controls, could be safe.

"We accept the fact that alcohol, which is inherently dangerous, is a product over a certain age that anybody can access.

"So I don't think the issue is a technical one of how we would manage that. The issue is a political, perceptual one."

He does not advocate promoting the drug for recreational use.

At least 16 people from B.C. to Saskatchewan have died since last July from a tainted batch of ecstasy they obtained from criminal dealers, the only way an average person can acquire the drug in Canada. It was cut with a toxin called PMMA.

Dr. Kendall and several other health colleagues liken the mutation of MDMA into a contaminated street drug to the wave of bootleg beverages during the 1920s Prohibition era.

"Methyl alcohol led to huge rates of morbidity and mortality in the United States under alcohol prohibition because of illicit alcohol manufacturing," said Dr. Evan Wood, a lead researcher at the BC Centre for Excellence in HIV/AIDS and internationally-recognized expert in drug addiction and related policies.

"PMMA is a natural and expected consequence of the prohibition on ecstasy."

The RCMP in B.C., who have a team dedicated to dismantling clandestine drug labs, maintain no amount of the substance is safe.

"We would view ecstasy as extremely dangerous," said Sgt. Duncan Pound, adding police don't distinguish between MDMA and the street drug in terms of enforcement or prevention strategies.

"Not only given the fact that it's very hard to determine what might be in any given tablet, but the fact that there's such an individual reaction to those tablets."

The medical literature says that MDMA – technically 3,4-methylenedioxymethamphetamine – sends waves of serotonin flooding through the brain. The natural brain chemical makes people feel happy, social and intimate with others.

According to Toronto's Centre for Addiction and Mental Health, MDMA carries a list of potential health affects that impact each user differently. They include teeth grinding, sweating, increased blood pressure and heart rate, anxiety, blurred vision, nausea, vomiting and convulsions, even at low doses.

The drug's letdown can include feelings of confusion, irritability, anxiety, paranoia and depression, and people may experience memory loss or sleep problems, jaundice or liver damage.

The deaths associated with street ecstasy, says the centre's website, usually result from dehydration and overheating when teens gulp down a pill and dance the night away.

It's also more likely to negatively impact people with other health problems and can interact with other medications people are taking, the centre said.

The medical establishment widely agrees MDMA is not addictive.

But new research suggests some of the drug's long-stated ill effects are exaggerated.

Using MDMA does nothing to impair cognitive functioning, found one U.S. government-funded study published in the journal Addiction in February 2011.

"But barring that, it appears ... it can be safely administered, certainly through research," said Dr. Halpern, who has studied MDMA for 15 years and advocates for medical, prescription-based use of the drug.

He hopes Canada leads the way in crafting a "sensible" MDMA strategy.

"We've got to do something to make sure that the sanctity of life is protected," said Dr. Halpern, with McLean Hospital in Massachusetts. "It's certainly worthy of a healthy discussion."

The Multidisciplinary Association for Psychedelic Studies has also administered MDMA to more than 500 people in various FDA-approved clinical trials, and there has never been a serious adverse event.

"Meaning that nobody has ever required any medical attention whatsoever from overheating or from a heart attack or from a stroke or from blood pressure going up," said Rick Doblin, who has a doctorate in public policy from Harvard and founded the privately-funded organization in 1986.

The trials were conducted with pre-screened, healthy adults who did not use other drugs.

He supports Dr. Kendall's proposal, but agreed applying it in the real world has major challenges.

"But the problems with criminalization are worse."

Dr. Kendall's harm-reduction approach flies in the face of long-standing drug laws. MDMA was criminalized in Canada in 1976 and in the U.S. 1985. It was recently boosted to the top of Canada's drug scheduling list under the federal government's omnibus crime bill.

Dr. Kendall argued the criminal designation is not based on pharmacology, toxicology, economic analysis "or even a really good analysis of what stops people using drugs."

MDMA ranked 17 out of 20 drugs when compared in terms of their harms, below No.1-rated alcohol, and other drugs including heroin, cocaine, tobacco, pot and steroids, according to a U.K. analysis published in The Lancet in 2010.

The research was conducted by Professor David Nutt, a former chief adviser on drugs to the British government, who asked drug-harm experts to rank both legal and illegal drugs on 16 measures of harm to the user and to wider society.

Mr. Nutt found the legal status of most drugs bears little relation to their harms.

Health Canada approved the protocol for a Vancouver-based study of MDMA as a treatment for post traumatic stress disorder three years ago. However, researchers have hit multiple roadblocks getting necessary approvals for importing and storing the drug. 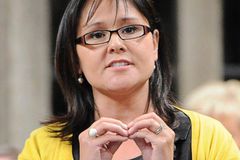 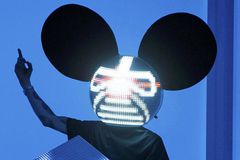 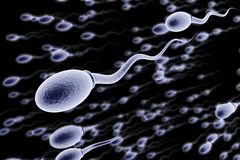