Ten individuals in Quebec are confirmed to have been infected with measles in an event health officials are linking to a large outbreak in California.

And another case has been reported in the Toronto region, bringing to eight the number of cases discovered in the past few weeks in southern Ontario.

In a statement, the Lanaudière health authority said the first Quebec case contracted the virus during a visit to a park in California that has been the source of other recent infections. Though they do not name it, it would appear that it is Disneyland.

A large measles outbreak in the United States has been linked to the Southern California theme park, which is located in Anaheim. The U.S. Centers for Disease Control and Prevention says so far the Disneyland outbreak has involved 114 cases in seven U.S. states.

Canada is not the first country outside the United States to report cases related to the Disneyland outbreak. At least one case linked to the outbreak has been diagnosed in Mexico.

The measles virus is currently causing infections in several parts of Canada. In Ontario, seven cases have been reported in Toronto and one in the Niagara Region in Southwestern Ontario. None of the people had recently travelled outside the country, which means they contracted the virus in Canada.

And on Tuesday officials in Manitoba reported finding a case in a child who had recently returned from India.

"It is important for people to be fully immunized against this serious disease; it's the best way to prevent measles and its spread," they said in a statement.

"We are urging Ontarians to ensure all their immunizations for measles and those of their children are up-to-date, not only to protect them from this disease, but those around them. Parents who do not get their kids immunized are putting other children at risk."

In the Lanaudière health region, authorities said all the cases are known to have been in contact with each other and all reside locally. The Lanaudière region is centred on Joliette, a city located between Montreal and Trois-Rivières on the north side of the St. Lawrence River.

None of the 10 was vaccinated, the press release said. The statement did not indicate if the infected individuals are children, adults or a mix of the two.

Nor does it say when or how the first case returned to Quebec, how quickly after he or she got sick after travelling or whether efforts are afoot to inform people who may have been in close proximity to the case when he or she travelled.

Measles is a highly contagious disease that causes high fever, a distinctive red rash and a runny nose. While most people who become infected will only experience an unpleasant illness, the disease has a complication rate that is significant.

About one in 10 infected children will develop an ear infection, some of which lead to deafness. And about one in 10 develop pneumonia, which is the leading cause of death in measles cases, the CDC says.

Doctors in Toronto are responding to a small measles outbreak in which four people – three of whom had not received their measles vaccine – were diagnosed with the infectious disease in less than a week. Health officials announced on Monday that tests confirmed infections in two adults and two children under the age of 2. One case was confirmed on Jan. 29, two on Jan. 30 and one on Feb.1. Public-health officials have not been able to find any connections between the four patients, nor have they been able to determine where they contracted the virus.

A brief history of the measles vaccine

In pre-vaccine era, epidemics occurred frequently. Infection was almost universal. In Canada, measles was responsible for 400 cases of encephalitis and 50 to 75 deaths annually. In the U.S., 3 to 4 million people were infected each year, an estimated 4,000 suffered encephalitis and 400 to 500 people died.

Measles virus is isolated and a vaccine developed.

A brief flare up was reported in Canada, leading to a two-dose immunization regimen. Some provinces and territories launched catch-up vaccination campaigns.

Canada institutes a national, active measles surveillance program. All provinces and territories report confirmed cases of measles weekly to the Public Health Agency of Canada, which in turn reports weekly to the Pan American Health Organization.

Manitoba measles case believed to have been contracted outside the country
February 10, 2015 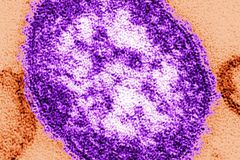 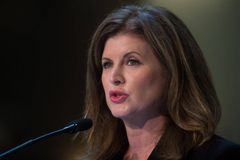