In the annals of dietary trends, 2014 will be remembered as the Year of the Green Smoothie.

This summer, our growing appetite for raw leafy greens has led to a worldwide shortage of kale seeds, reportedly due to demand from urban smoothie outlets, not to mention the self-serve "raw bars" at Whole Foods. The 10-Day Green Smoothie Cleanse diet book, released in February, has been outselling new titles by Hillary Clinton and Stephen King on Amazon.com. And now that the Coca-Cola Company has posted a green smoothie recipe on its website, it's clear that pulverized veggies – and raw foods in general – have made the leap from the hippie fringes into the mainstream.

The growing interest in raw foods is a natural extension of the gluten-free, dairy-free, sugar-free trends, said Heather Pace, a Vancouver-based chef who specializes in raw sweets. "When you take all those foods out, you're still able to eat raw foods, including desserts," she said.

Typically, a raw-food diet consists of a wide range of fruits, vegetables, nuts and seeds, as well as fermented foods such as sauerkraut. Depending on philosophy, the diet may be vegan, or include small amounts of unpasteurized dairy products as well as uncooked meats and fish. Foods may be dehydrated for preservation and textural variety, but never heated above 46 C because of the belief that higher temperatures destroy essential nutrients.

But is eating 100-per-cent raw foods any healthier than a plant-rich diet that does not discriminate based on cooking temperature? And are the health benefits worth spending hours a day washing, chopping, sprouting, dehydrating and blending?

In the absence of large clinical trials, would-be raw foodists are left with a grab bag of small studies, anecdotal reports and medical opinions on heat-free eating. We talked to experts and combed through the research to find out what you need to know before considering a switch. Here are the benefits and risks of going raw.

Obesity is non-existent in raw vegans, even though they eat huge quantities of food. The high-fibre diet eliminates constipation and is associated with dramatic reductions in cholesterol levels, noted Dr. David Jenkins, head of nutritional sciences at the University of Toronto.

For a study published in 2003, Jenkins put adults on a raw vegan diet consisting of nuts, seeds and 63 servings of fruit and vegetables a day. After two weeks, the diet had a "drug-like effect" on cholesterol levels, similar to that of cholesterol-lowering statin medications, he said.

Patients with rheumatoid arthritis may improve on a raw-food diet, according to several small studies from the University of Kuopio in Helsinki, Finland, in which patients noted significant reductions in morning stiffness, pain and swelling of joints.

The raw vegan diet is typically higher in protective antioxidants and phytochemicals than conventional vegan diets. And even better, raw vegan diets are free of artery-clogging trans-fatty acids, formed when foods are cooked, as well as the carcinogens in barbecued or blackened meats.

The diet, by definition, excludes most foods considered culprits in chronic diseases, Pace said: "It's actually what we're not eating that's important here."

Tomatoes, for example, are an important source of lycopene – a phytochemical associated with prostate cancer prevention – but only if they are cooked.

As antioxidant-rich as the diet may be, raw veganism remains unproven as a treatment for cancer – and carries the risk of nutritional deficiencies.

In a literature review published this year in the International Journal of Cancer Research and Treatment, Huebner and colleagues found no evidence that a raw-foods diet benefited cancer patients.

Among cancer researchers, "there's not even a hypothesis that this diet may reduce the incidence of cancer or have any effect regarding cure," Huebner said.

She added that if patients reject chemotherapy or surgery because they believe raw foods are a cure, "then it's dangerous," she said.

Healthy women who go on a raw-food diet are at risk of losing their periods if their body fat drops too low. A German study found that 30 per cent of women on a long-term raw diet had infrequent menstrual cycles, or none at all.

Crunching all those acidic fruits and vegetables can be hard on the teeth, too. A large study of raw foodists found that only 2 per cent had no erosive defects compared to 13 per cent of people in a control group.

The diet is tough to maintain over the long haul, said Pace, who ate only raw vegan foods for three years until she developed health problems at age 26. Pace, now 30, said she suffered from digestive problems, headaches, depression and fatigue.

"I was a mess – mentally and physically," said Pace, adding that her condition improved after she incorporated a small percentage of cooked foods.

No matter how you slice it, eating exclusively raw foods is an extreme regimen.

Many raw foodists prefer the cut-and-dried approach, Melina explained. Faced with an array of temptations at a cocktail party, purists will draw the line at anything that's cooked: "It's like being in AA," she said. But there is no evidence that going 100-per-cent raw offers the most health benefits, she added.

In fact, five daily portions of fruits and vegetables may be enough to lower the risk of cardiovascular disease, according to a review of 16 studies involving a total of 833,234 participants. The report, published this month in BMJ, identified a threshold of five servings a day, "after which the risk of all cause mortality did not reduce further," the authors wrote. But although eating lots of fruits and vegetables seemed to lower the risk of heart disease, it was not associated with a reduced risk of cancer mortality, they found.

Pace said her health crisis was a signal to take a more moderate approach. On the advice of a naturopath, she has supplemented her 70-per-cent raw vegan diet with cooked meat, fish, eggs and cheese.

"I've got more of a balance – and I feel so much better," she said. 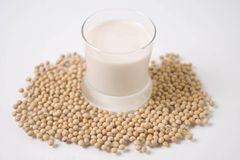 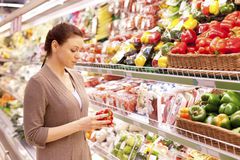 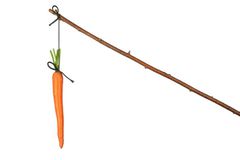