Two years ago, the Conservative government made cuts to refugee health care, arguing it would deter “bogus” refugees from coming to Canada and save taxpayers $100-million over five years. The cuts drew outrage from many refugee advocates, doctors, lawyers, and some provinces that found themselves footing the bill. Last month, a Federal Court ruling called the measure “cruel and unusual treatment” and found “no persuasive evidence” the cuts reduced claims and costs.

The government is planning an appeal, saying failed claimants from safe countries like the United States or Europe should not receive more health care than Canadians.

“We will vigorously defend the interests of Canadian taxpayers and the integrity of our fair and generous refugee determination system,” Alexis Pavlich, press secretary to Citizenship and Immigration Minister Chris Alexander, said in an e-mail.

While the legal battle drags on, some refugees must rely on the help of volunteers or struggle to pay large medical bills.

At Toronto’s FCJ Refugee Centre, one of dozens across Canada, Loly Rico is compiling evidence of how the cuts have affected refugees so it can be used as ammunition against Ottawa’s appeal. “We need to be ready,” says Ms. Rico, an El Salvadorian refugee who founded the centre in 1991 with her husband, Francisco Rico-Martinez.

Since the cuts came into effect, their centre has run a small free clinic for the uninsured every second Saturday. It has seen about 100 patients, many of whom Ms. Rico says were turned away by hospitals and walk-in clinics uninterested in filing complex paperwork that would not guarantee payment.

Under current rules, refugee claimants receive less than the basic coverage extended to social assistance recipients. Most medications and costs such as emergency dental work are not covered. If a claimant is appealing a rejected claim or is from a country Ottawa says is safe, like Mexico or Hungary, coverage is limited to illnesses that endanger public safety, like tuberculosis.

Due to the backlogged refugee determination process, eligible claimants often wait months for a health card. This leads to confusion over who is eligible for what, leading to some being billed for services that should have been covered, and clinics turning away all refugees and claimants whether they are eligible for coverage or not.

Free clinics help, but staff and volunteers cannot always find pro-bono specialists or the money for expensive medications, tests and procedures. The Globe and Mail asked refugee claimants to share their health care experiences. (Because they fear speaking out would have a negative effect on their claims, they are identified by their first names only.) 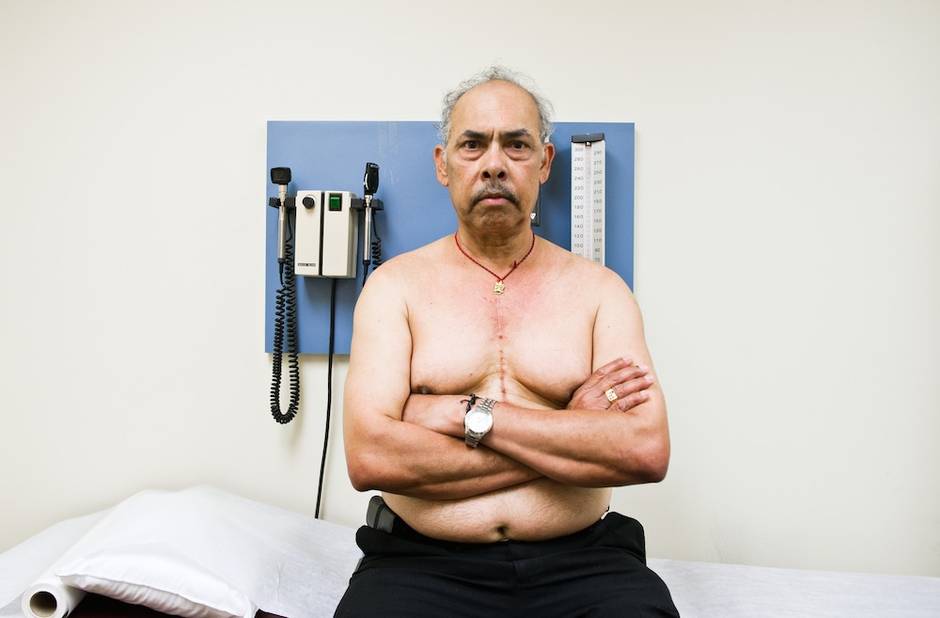 Is a Tamil who owned a shipping company in Sri Lanka but fled persecution from the Sri Lanka Armed Forces after the civil war ended in 2009, has needed to see a heart specialist for two years. He had surgery to replace a valve in his heart in 2012; because of the federal cuts, he gets his blood work done at a walk-in clinic and has not received post-operation monitoring from a specialist.

The 62-year-old former businessman, who rents a single room – no visitors allowed – with his wife, cannot afford the $75 appointment fee. The couple arrived in Canada four years ago, following their daughter, who lives nearby. The family was shattered by the war: One son fled to Britain, the other was kidnapped almost a decade ago and never found.

This month, the application for permanent residency for the couple was denied, and Kulasingham had to scramble to assemble the paperwork to request a stay order. The stress of waiting to hear if they will be sent back to Sri Lanka is getting to him. A few months ago, he was calm, talking about his love of cooking roti and reading Agatha Christie books at his local library. Now he is not sleeping and keeps forgetting things, like his breakfast, bank card and even his medication. “If I go back, I fear they will do something. There is no guarantee to my life,” he says. The free clinic has given him medication to help him sleep and deal with the stress. 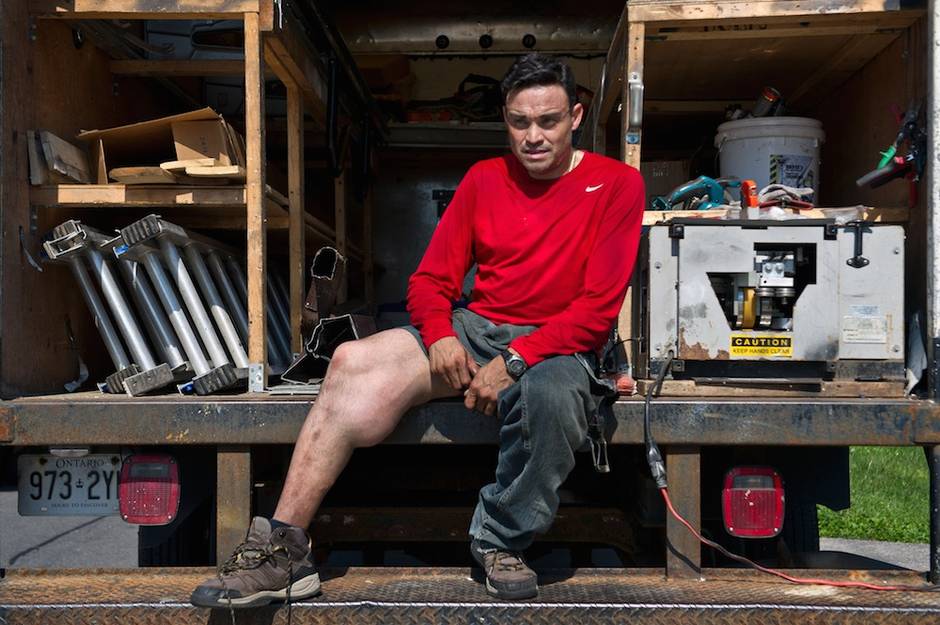 He worked for a big oil company in Mexico, but in Canada he makes a living installing aluminum siding, windows and doors, despite a cantaloupe-size tumour protruding from his knee. The 45-year-old says he came to Canada seeking refuge from police persecution a decade ago, and has been applying to stay ever since – a process that is taking longer than it should because he opted to pay hospital bills before his immigration lawyer.

A few years ago, he went to an emergency room with an infection in his leg and ended up with a $3,700 bill. This year, he sought medical attention for the tumour, and is paying for a slew of tests – MRIs, biopsies, CT Scans – to diagnose the cancer that is in his right knee joint and creeping up his hamstring. The small bump he discovered on the back of his leg three years ago is now so large it is hard to bend his knee.

“It’s impossible to put [on] my shoes, my socks. I’m working sometimes outside, [I do] the roofing, and [going] up and down the ladders is very difficult,” he says. He works in spite of the pain; he doesn’t want to let his hospital payments slip. 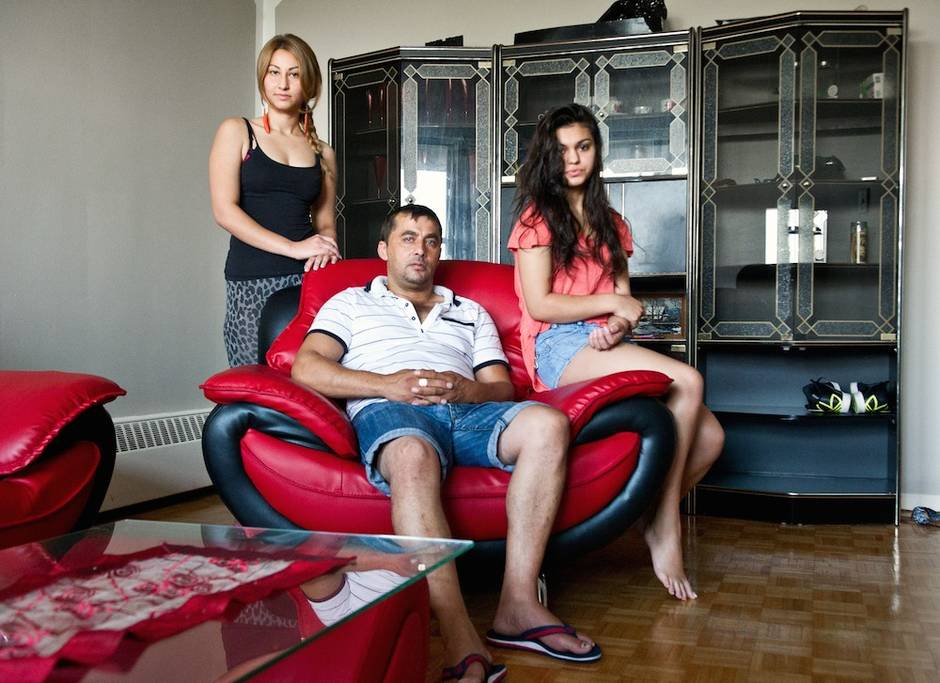 Is a Roma refugee who was living in Croatia before arriving in Canada two years ago, is in the final stages of applying for permanent residency and has health coverage – it is his two oldest daughters, 14-year-old Veronika and 17-year-old Monika, he worries about. Veronica was recently taken to the emergency room with flu-related heavy vomiting, and Monika has found a lump in her breast. Miso, who usually likes to make jokes, turns fierce when he talks about protecting his daughters.

The family faced severe discrimination as Roma in Croatia; Miso says police punched out his front teeth because of his ethnicity. (They were replaced recently and he guards them with a closed smile.) His daughters were both tormented in school, but it was hardest on Monika, who missed two years because of bullying. “Croatian people hate gypsy people,” she says. “I’d go to school, but I can’t. People who are not gypsy [were saying], ‘Gypsy stupid, you don’t know nothing.’ Teachers, same like that.”

Miso came to Canada with his second wife and their two young children in 2012, and his older daughters arrived a year later and sought refugee status. Veronika’s emergency room visit cost several hundred dollars – a big dent in the finances of a family of six. Miso is most worried about Monika, however. In late July, the whole family woke early to take her to an appointment at a free clinic. They are now waiting to find out why she has a lump in her left breast.

The girls share big dreams and a bedroom with purple walls. Veronika wants to be a lawyer, and Monika wants to be a pediatrician. Monika, who is set to enter her last year of high school, worries about her English skills, and still misses her mother and long-time boyfriend in Croatia. Although she, too, has found the adjustment difficult, Veronika has had an easier time grasping the language, she speaks enthusiastically about her Korean best friend, and is more upbeat about her future in Canada. 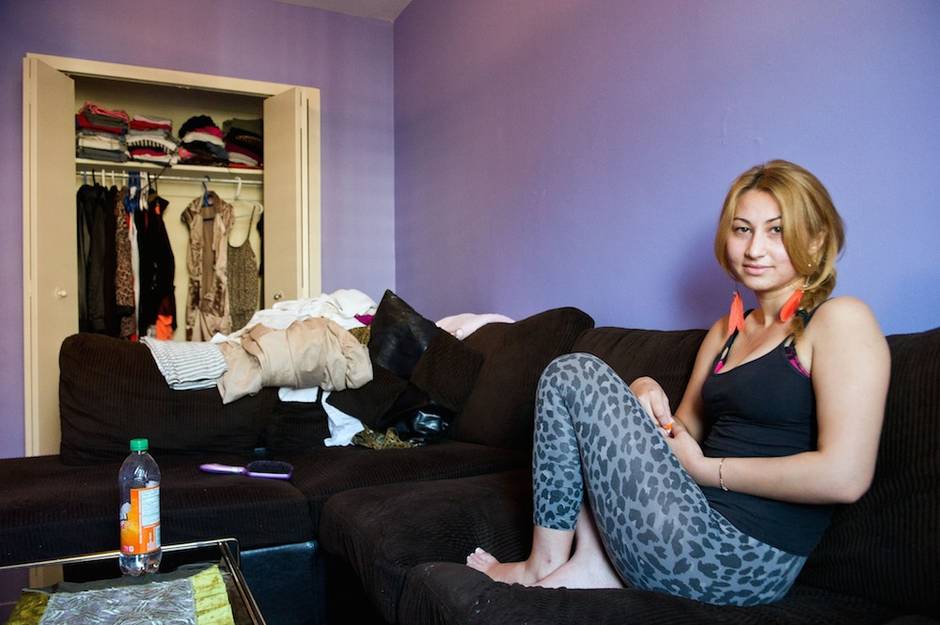