Elizabeth Dunn felt compelled to help refugees fleeing Syria. But she wanted to do more than raise money. So when the psychology professor learned about Canada's Group of Five (G5) sponsorship program, she was awestruck by the program's potential to not only help those in dire need but to maximize the emotional rewards of altruism.

The program allows groups of five or more Canadians to privately sponsor a refugee or family of refugees by agreeing to provide financial and emotional support to them for the full sponsorship period, which usually lasts one year. While it was introduced in the late 1970s in response to Canadians' desire to help Vietnamese, Cambodian and Laotian refugees displaced by war in Indochina, the G5 program has recently garnered interest among individuals, like Dunn, looking to offer assistance in the current global refugee crisis.

According to Dunn, G5 has all the key ingredients for turning one's generosity into happiness.

While numerous studies have shown that spending money on others promotes one's own emotional well-being, "a lot of charitable giving experiences are actually not structured in a way that really facilitates this emotional benefit," Dunn says, noting donations often involve little more than visiting a website and clicking a button.

By contrast, she says, the G5 program holds "the golden ticket" to maximizing the warm fuzzies that come with giving.

First, it hits upon a concept called perceived pro-social impact, which suggests people are more likely to derive happiness when they can see how their generosity is making a difference, Dunn explains.

"Even if you donated, like, $5,000 to World Vision, and you know that's going to be matched by the Canadian government … you never get to see how your generosity is making a difference. It persists on a very abstract level," she says. But by sponsoring refugees under the G5 program, "You're seeing extremely vividly exactly how you're changing somebody's life for the better."

Second, she says, it fosters a social connection between the givers and recipient; when people give directly to an individual whom they can identify, the emotional rewards are bigger than "just giving to someone out there."

Nicholas Sharratt, who is part of a group of friends working to bring a Syrian mother and child to Canada, says knowing the identity and the stories of the beneficiaries has made him feel more invested in the effort.

"There's a human face directly attached to it," he says. "It's kind of more tangible."

Moreover, since the G5 program requires friends, neighbours, co-workers or family members to work together to undertake the responsibilities of helping refugees resettle, it inherently involves what Dunn describes as the most robust finding in happiness research: That is, close relationships and social interactions are essential to people's emotional well-being.

"You're working together with other Canadians to try to solve this complicated problem and make a big difference," she says. "That aspect of it almost gives me chills."

Furthermore, Dunn adds, there could be what she calls an "intergenerational transmission benefit," which means sponsors can model their values about generosity to their children or grandchildren through their frequent interactions with the refugees they help resettle.

"If you look back on your life, and you know at least whatever else happened in your life, you got one family safely to Canada that was in dire straits, that would just be amazing," she says.

Sharratt and his friends, fellow articling students at Toronto law firm DLA Piper, have collected the necessary funds to support a Syrian widow and her infant for their first year in Canada. But knowing that they may not have sufficient time and resources to meet the family's needs after they arrive, the students – Sharratt, Kristine Gorman, Christopher Kreutzner, Simon Hurdon and Hayley Gaucher – teamed up with the Mississauga-based Anba Abraam's Coptic Charity, which agreed to be the family's sponsor.

While the responsibility of the family's resettlement will be left up to the charity, the students are nevertheless the ones who sought a lawyer's help in finding the refugees who had fled from Syria to Lebanon. They also raised more than $15,000 to cover the family's expenses for its first year in Canada. And they hope to meet the mother and child and perhaps even greet them when they arrive from Lebanon by mid-2016.

In this way, even though they're not using G5, the students may yet experience many of the rewards tied to refugee sponsorship without becoming sponsors themselves.

When their lawyer sent the students a photo of the woman and child they're helping, Gaucher says, she began to feel the emotional payoff.

"It hit me a little when we got that picture," she says. "For me, that made everything that much more real."

* In November, 2012, new regulations required that individuals sponsored under the Group of Five program be recognized as refugees by the United Nations Refugee Agency or by a state. This September, these requirements were temporarily lifted for refugees from Syria and Iraq.

One of the major hurdles that could deter would-be G5 sponsors is lengthy processing times. The processing times for privately sponsored refugees currently range from 11 months at Canada's visa office in Ankara to 67 months at the offices in Islamabad and New Delhi.

In an e-mail, Citizenship and Immigration Canada said a number of factors contribute to these lengthy processing times, including challenges in establishing applicants' identities due, in part, to a lack of documentation, security and logistical issues that make arranging interviews with applicants difficult, and sudden surges in the volume of applications.

The department, however, noted it is speeding up resettlement for Syrian refugees: "As per the new expedited measures, the goal is for all Syrian applications received as of Sept. 19, 2015, to have a selection decision by the end of December, 2015."

Editor's note: The processing times for privately sponsored refugees currently range from 11 months at Canada's visa office in Ankara to 67 months at the offices in Islamabad and New Delhi. Incorrect information appeared in the original version of this article.

Leah McLaren: Your used stuff isn't helping refugees. If you want to help, give money
September 17, 2015 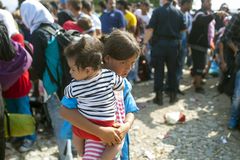 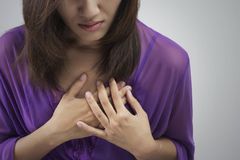