It turns out those ubiquitous tinted glasses worn by Bono aren't just glam rock-star posturing, but a way of dealing with light sensitivity resulting from glaucoma – a condition the U2 frontman was diagnosed with 20 years ago.

So just what is glaucoma and who is at risk for this potentially vision-stealing eye disease?

Glaucoma usually – but not always – results from a buildup of pressure within the eye, which occurs when the aqueous fluid cannot drain properly. Left untreated, the condition can lead to damage of the optic nerve, which transmits visual information from the retina to the sight centres of the brain.

Destruction of the optic nerve can mean vision loss, which typically begins subtly, creeping in around the edges of one's sight, says Keith Gordon, vice-president of research at CNIB, formerly known as the Canadian National Institute for the Blind.

"The vision loss usually occurs in the periphery, so it doesn't affect your vision for some time, until it starts closing in on your central vision, because you sort of adjust to bits and pieces of vision loss coming in from the side," Gordon says. "And then all of a sudden, one day you don't notice a car coming in from the periphery and you have a car accident and you realize that's what's happened."

Many people with glaucoma have no idea they have the disease because it usually causes no symptoms, and the slow erosion of sight can go on for years without notice, he says.

"It's a silent thief of sight."

Sheldon Francis had no idea he had glaucoma until he consulted an optometrist about a problem with his peripheral vision. "I was looking in the mirror one day when I was 23 and I noticed that my vision in the right eye was a little hazy, a little blurry."

He was referred to an ophthalmologist, who performed surgery on the eye and prescribed pressure-reducing eye drops.

"I was fine and I could still see perfectly fine out of my left eye, I still had 20/20 vision," says Francis, who lives in Toronto. But the doctor told him the glaucoma would likely occur in his left eye as well.

"He said later on I was probably going to go blind. He said he had not seen glaucoma progress so quickly in somebody that age."

Over time, that prediction came true. Today, at the age of 38, Francis is blind in his left eye and has only 10 per cent vision in his right. Two more surgeries last year were unable to overcome the severe damage to his optic nerves.

What Francis didn't realize is that he likely was born with the condition, or at least with a strong genetic predisposition for developing it: His mother and father, both of African descent, developed glaucoma at different stages in life. His dad had it early and ended up losing sight in one eye, but can see "perfectly" with the other; his mom was diagnosed later in life and with treatment has been able to maintain her vision.

"Because both of my parents have it, I got sort of the double-whammy," Francis says. "I had this disease in me since I was a kid and my parents just didn't realize that they needed to bring me to the optometrist to check for glaucoma.

"I tried everything in the early stages to prevent me from losing my eyesight so quickly, but it's just genetics."

Ethnicity seems to play a role in prevalence: Black people have a higher risk of developing one kind of glaucoma than do white people, while those of Asian descent and the Inuit are more prone to a second type. Some medical conditions, including diabetes, also raise the risk of developing the condition.

But most cases of glaucoma are age-related, with those over 60 having an increasingly elevated risk of developing the sight-diminishing disease as they add on the decades.

It's also fairly common – an estimated 270,000 to 400,000 Canadians have the condition, the leading cause of vision loss among seniors after age-related macular degeneration.

Worldwide, glaucoma is the leading cause of irreversible blindness, says Dr. Catherine Birt, an ophthalmologist at Sunnybrook Health Sciences Centre in Toronto who specializes in the disease.

"Glaucoma is not a single disease," Birt explains. "There are all kinds of subtypes – primary, secondary, open-angle, angle-closure – and they all have slightly different presentations and risk factors and treatments."

For the most part, glaucoma can be divided into two main types: open-angle and angle-closure, also called closed-angle glaucoma.

"With our current abilities, it's not curable, but it can very often be stabilized. So it's a bit like having high blood pressure or high blood sugar. We can treat it, we can maintain it, we can control the situation.

That's why, stresses Gordon of the CNIB, early detection is critical.

Anyone over 60 should have their eyes checked by an optometrist or ophthalmologist once a year, and that examination should include tests for glaucoma. Younger people, especially those of African descent or with a family history of glaucoma, should also be tested at least annually, he says.

"The key reason you have an eye exam is that you can get treatment early, and the earlier you get treatment, the better the chance you have of controlling vision loss," says Gordon, who agrees that people often take their vision for granted.

"People confuse good vision with good vision health. Because you can see well doesn't mean that your eye may not be harbouring something, particularly when it comes to glaucoma – because you could be losing sight and not be aware of it."The Canadian Press 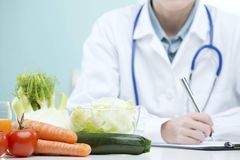 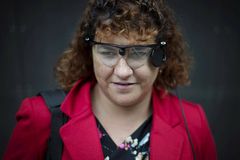 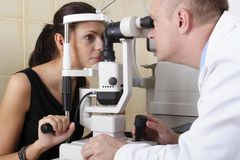