Parents know the frustration of trying to get that gunky pink antibiotic into a tot screaming from an ear infection. A one-time squirt of special ear drops one day might replace that ordeal.

It's only been tried on animals so far – chinchillas, to be exact. But researchers reported Wednesday that an antibiotic gel coated the animals' eardrums and slowly seeped inside to do its job for a week, clearing up an infection that usually requires a 10-day course of oral antibiotics.

"It's always a full-contact martial art" to get youngsters to swallow today's liquid antibiotic several times a day, said senior researcher Dr. Daniel Kohane of Boston Children's Hospital and Harvard Medical School. A pediatrician and anesthesiologist, he studies novel ways to deliver drugs – and says when he describes the experimental ear gel, "people with kids get this right away."

Easier dosing is just one goal. And just as important, if the approach pans out when tested in children, it also could help prevent development of antibiotic-resistant infections. Too often, parents stop treatment once their youngster starts feeling better, allowing lingering bacteria to bounce back stronger.

"If we can deliver the right antibiotic directly to the middle ear using a one-time dose, it is likely that we will have more effective therapy, with fewer side effects," said Duke University pediatric infectious disease specialist Dr. Coleen Cunningham, who wasn't involved with the new research. "Further studies need to be done before we know if that is a possibility but the reported study is very encouraging."

Middle ear infections – what doctors call otitis media – prompt at least 12 million visits to the doctor each year and they're the most common reason for prescribing antibiotics to children.

Doctors have long sought a topical solution. Yet the eardrum has a tough outer layer that keeps drugs from penetrating. Until now, antibiotic ear drops have proved useful for middle ear infections only in children who have ear tubes that can route the drug past that barrier, Kohane said.

Now, his team has packaged an antibiotic together with chemicals used in skin-penetrating drugs to temporarily open channels in the eardrum's outer surface so the germ-killing ingredient could get inside.

A doctor would squirt the drug deep into the ear canal, where it would harden into a gel, sort of like extra earwax, to stay in place as it slowly released the antibiotic. The experimental drug doesn't contain the antibiotic used in that common pink liquid, but a newer one called ciprofloxacin.

Researchers gave the antibiotic gel to 10 chinchillas – they have a human-like ear structure and hearing range – infected with a common bacteria. All 10 animals had their ear infections cured within a week, compared with five of eight chinchillas given regular ciprofloxacin ear drops as a control, they reported in the journal Science Translational Medicine.

Researchers couldn't detect the antibiotic in the animals' blood, suggesting it wouldn't cause typical antibiotic side effects such as diarrhea. Moreover, the gel melted away within three weeks and the chinchillas' eardrums appeared normal afterward.

Kohane hopes to begin initial human studies in about a year.

Duke's Cunningham cautioned that researchers will need to study whether an antibiotic gel causes short-term hearing issues of its own.

Another question is whether the gel would make a thicker human eardrum as permeable as an animal's, and if there's any resulting toxicity, added otolaryngologist Dr. Diego Preciado of Children's National Health System, where researchers are working on a different approach for topical delivery of an ear-infection drug. 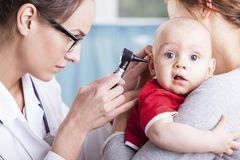 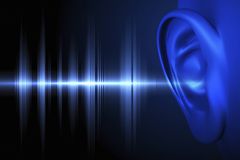 Three things to know about age-related hearing loss
April 20, 2016
Report an error
Due to technical reasons, we have temporarily removed commenting from our articles. We hope to have this fixed soon. Thank you for your patience. If you are looking to give feedback on our new site, please send it along to feedback@globeandmail.com. If you want to write a letter to the editor, please forward to letters@globeandmail.com.
Comments