It's been 10 years since Vancouver resident Jim Mann was diagnosed with Alzheimer's. In that time, multiple experimental drugs have emerged with new hopes of beating back his disease. Yet none has resulted in a viable clinical treatment.

"If there is one in my lifetime, then I'll be right there saying, 'hallelujah' and 'congratulations,' but I don't hold out that hope," Mann said.

Last month, a highly-anticipated Alzheimer's drug from the pharmaceutical giant Merck proved no exception. Merck announced it was stopping its late-stage study of the drug, verubecestat, because its external data-monitoring committee determined it had "virtually no chance of finding a positive clinical effect."

Read more: Canadian researchers reaffirm the benefits of exercise for a healthy brain

In November, Eli Lilly said its Phase-3 trial of the antibody solanezumab did not achieve its goal for slowing cognitive decline.

The demand for a drug to stop or slow the progression of Alzheimer's is urgent. Every year, 25,000 Canadians are diagnosed with various forms of dementia, one of the most common of which is Alzheimer's disease. And the total number of Canadians living with dementia is expected to reach 937,000 in less than 15 years, according to the Alzheimer Society of Canada. While there are currently medications available that can help ease symptoms, such as improving memory and reducing apathy, none of them halts or reverses the damage dementia causes to the brain. There hasn't been a new drug since 2003.

Nevertheless, some researchers are hopeful they may yet see a breakthrough – and their best bet, they believe, is to tackle Alzheimer's disease before symptoms develop.

"It's really the studies now that are going to pave the way for successful prevention for our generation," said Toronto behavioural neurologist Dr. Sharon Cohen, explaining that even failed trials help inform scientists, and have allowed them to refine their tools and better define their targets. "All of these things make us feel that there's no reason we won't have a win in Alzheimer's disease."

In 1906, German psychiatrist and neurologist Alois Alzheimer conducted a postmortem exam of the brain of his patient Auguste Deter, a 55-year-old woman whom he noted exhibited symptoms of severe dementia five years before her death. Alzheimer discovered three striking features that, together, remain defining physical signs of the disease that would eventually bear his name. Her brain was atrophied, or shrunken, and when he examined the tissue under a microscope, he noticed two types of deposits, now known to be neurofibrillary tangles, mainly composed of a form of tau proteins, and amyloid plaques.

The cause of the disease is still not well understood. But over the past 15 years, the dominant explanation has been the amyloid hypothesis, which zooms in on those amyloid plaques.

In a nutshell, the hypothesis suggests the main cause of the disease is an accumulation of amyloid beta, sticky toxic fragments of what's known as amyloid precursor proteins. These are the fragments that go on to clump into amyloid plaques. Reducing the amyloid burden in the brain, the hypothesis goes, would slow or stop the disease from progressing.

Scientists have gone about lowering amyloid in different ways. Drugs such as Merck's verubecestat belong to a class of medications called BACE inhibitors that prevent the formation of amyloid beta. Eli Lilly's solanezumab is an antibody that draws amyloid out of the brain. But is amyloid the right target?

The failures of these amyloid-reducing efforts have left researchers with two broad conclusions, said Dr. John Breitner, a professor of psychiatry at McGill University and Canada Research Chair in the prevention of dementia Tier 1.

"The first is that hope is rapidly diminishing that anti-amyloid treatments will be beneficial to people who already have Alzheimer's disease dementia," Dr. Breitner said.

The second conclusion, he said, is that researchers may have better luck using anti-amyloid compounds to prevent the disease than they've had trying to treat it.

"The hope is that if the amyloid theory has any utility left in it, it will be most helpful when given to people who do not yet have symptoms," Dr. Breitner said. "I would have to say at this point, [it's] the last best hope for the amyloid approach to Alzheimer therapeutics."

In her office, Dr. Cohen, the Toronto behavioural neurologist, pulls up a graph on her computer screen, with a downward-curving line showing cognitive decline over time, mapping the progression of Alzheimer's disease.

Until recently, Cohen explains, experts focused on the sloping tail end of the disease; the final, roughly 10-year-period known as the dementia phase, when cognitive function plummets. But they now know Alzheimer's starts at least two decades earlier and involves two other phases: an initial preclinical phase, during which amyloid is building up in the brain even though the patient may show no outward signs, and a mild cognitive impairment phase, during which the patient can still live independently but notices subtle problems with memory, attention or problem solving.

Dr. Cohen believes anti-amyloid drug trials have failed not because the compounds don't work, but because they've likely been given to patients too late. Giving anti-amyloid treatments to patients in the dementia phase of Alzheimer's is akin to trying to treat widely metastatic cancer, she explains. At that point, the brain is already so severely damaged, it's no wonder the drugs have shown little benefit.

At her Toronto Memory Program office, Dr. Cohen is an investigator in several studies that are now focusing on prevention, including a landmark international study known as the "A4" study, short for Anti-Amyloid Treatment in Asymptomatic Alzheimer's.

The A4 study, a partnership between Eli Lilly and the U.S. National Institute on Aging, uses the company's solanezumab antibody treatment, the same one that fell short in Alzheimer dementia patients late last year. But this time, it's being given to individuals between the ages of 65 and 85 who show no symptoms of Alzheimer's, but are at risk of developing the disease.

The researchers are identifying participants by using positron-emission tomography (PET) scans to screen for those who have build-ups of amyloid plaque in their brains. Participants are then given either the antibody treatment, administered by intravenous infusions, or a placebo once a month for three years, after which the researchers will compare changes in amyloid levels and cognitive function.

The study, which is still recruiting volunteers, aims to enroll 1,150 participants across various sites in the United States, Australia and Canada, including Vancouver, London, Ont., and Toronto.

Dr. Cohen is optimistic about this approach of focusing on individuals at risk. She is, in fact, one of them. Both her grandmothers had Alzheimer's, her father died of the disease, and her mother, whom she takes care of, also has the disease. If she weren't an investigator, she might herself be an ideal research participant.

Being surrounded by Alzheimer's both in her professional and personal lives has given Dr. Cohen a call to action. "Let's get these trials done. Let's get some answers. Let's get rid of this disease," she said.

One of the challenges of tackling Alzheimer's before symptoms develop, however, has been recruiting the right research participants. For one thing, researchers need to access an entirely new population: people who are at risk but show no outward signs, said Dr. Sandra Black, an A4 study investigator and senior scientist at Toronto's Sunnybrook Health Sciences Centre. Moreover, scientists have only recently had the technology to detect early biomarkers of Alzheimer's. Conducting PET scans is costly. Only about one out of 10 people scanned meets the threshold level of amyloid in the brain to be enrolled in the A4 study, Dr. Black said.

Furthermore, she added, not everyone wants to know they may develop the disease.

So what if this prevention approach ends up failing, too?

Anti-amyloid treatments aren't the only potential weapons Alzheimer's researchers have in their arsenal, Dr. Cohen said. She noted there are numerous other compounds currently being tested that target other aspects of the disease, including the tau proteins that make up the neurofibrillary tangles that are characteristic of Alzheimer's, and neuroinflammation, where the immune system's response to amyloid plaques may add to brain injury. Other experimental compounds aim to enhance cognitive reserve.

Eventually, she said, Alzheimer's treatment may involve a combination of these compounds to tackle the disease on multiple fronts.

In Montreal, Dr. Breitner has studies under way testing the effects of an anti-inflammatory treatment and an old cholesterol drug, no longer actively prescribed, that is thought to increase the availability of a protein believed to be important for the regeneration and repair of nerve cells.

Disappointments from previous Alzheimer's trials have not been for naught, Dr. Black said. "We learn from each failure."

The big question, however, is whether those scientific contributions are enough to justify the billions of dollars pharmaceutical companies are betting on Alzheimer's drug trials.

Although Eli Lilly continues to invest heavily into the testing of solanezumab, Dr. Black said she's never sure if the company will continue to do so.

"They're taking a big risk," she said. "But maybe, just maybe, they're hitting the right stage."

The question for hundreds of thousands of individuals such as Jim Mann is whether any of these efforts will help them in time.

Mann, a former airline employee, said he is keeping active, continuing to challenge himself by being involved in advocacy work and participating on advisory boards for various research projects. He was also a board member of the Alzheimer Society of BC and the Alzheimer Society of Canada. His goal is to contribute to society and remain happy until the end of his life. He has noticed his memory now sometimes fails him, and certain tasks take longer.

The research and funding that can make the greatest and most immediate impact on his life do not involve drug trials, he believes. Rather, that will come from efforts to improve the quality of life of dementia sufferers, such as identifying the best models and best practices for home care and residential care.

"I know a lot of scientists and medical people will say we're on the cusp of all these discoveries," Mann said. But then, he's heard that for years. "It's still not in view." 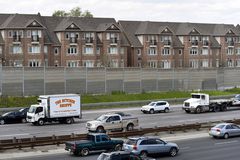