A single entrée at many chain restaurants across Canada contain hazardous levels of sodium that may increase the long-term risk of high blood pressure, heart disease and stroke, according to new research.

The findings have serious implications for the health of Canadians and should prompt the federal government to take action on the issue, said Mary L'Abbé, head of the University of Toronto's department of nutritional sciences and one of the study's authors.

Although the government created a task force to create sodium reduction strategies, it disbanded the group without warning in 2011 and abandoned many of its recommendations.

"There's a lot of things we should be doing," L'Abbé said. "Some have been started, but I think there are many more that need addressing."

Researchers at the University of Toronto conducted an exhaustive examination of sit-down and fast-food restaurant chains across the country to analyze the sodium content in meals. They gathered nutritional information for more than 4,000 items from the websites of 20 sit-down and 65 fast-food restaurants that have at least 20 locations in Canada. They did not release the names of the restaurants.

The findings, published Wednesday in the Canadian Journal of Public Health, show that individual menu items at sit-down chain restaurants contain 1,455 milligrams of sodium – nearly the entire 1,500 mg that adults should consume in a day. Fast-food menu items contain, on average, 1,011 mg of sodium, while side dishes contain 736 mg, the study found.

Individual items on children's menus at fast-food and sit-down restaurants contain about 800 mg of sodium on average, or two-thirds of the recommended daily sodium intake.

Many menu items at both fast-food and sit-down chains exceed 2,300 mg – the upper tolerable limit for daily sodium consumption, beyond which the chance of health risks starts to increase. More than 20 per cent of stir fries, sandwiches or wraps, ribs, and pasta dishes with meat or seafood exceeded the upper limit, the researchers found.

"We … were pretty shocked when we saw some of those high levels," L'Abbé said.

She and study co-author Mary Scourboutakos, also in the university's nutritional sciences department, say the results should convince Ottawa to establish sodium-reduction targets for restaurant foods.

The industry association representing Canadian restaurants, however, argues that many of the study's conclusions are off-base, given that the nutritional information used to draw conclusions dates back to 2010.

"My response would be, a lot has been done since 2010," said Garth Whyte, president and chief executive officer of the Canadian Restaurant and Foodservices Association, in Toronto.

Although the government has not created reduction targets for restaurant foods, as it has for processed and packaged products, restaurants are making efforts to decrease levels in response to consumer demand. Many restaurants have successfully reduced sodium levels since 2010, Whyte said.

"We are part of the solution. We're not part of the problem," he said. "Our members eat in restaurants too and their children eat there, so they're very cognizant of it."

Sodium has become a major public health issue in Canada. The average Canadian consumes 3,400 mg a day, on average, which far exceeds the upper tolerable limit of 2,300 mg. About 80 per cent of the sodium Canadians get comes from packaged, processed and restaurant foods, which means industry plays a major role in the success of sodium-reduction efforts.

Canada's fast food some of the saltiest in the world
April 16, 2012 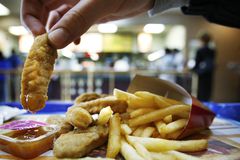 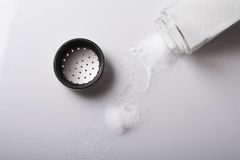 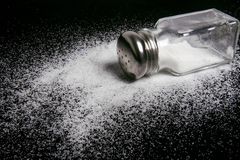 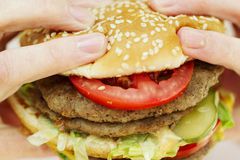