In a small darkened room, a few minutes' walk from the colourful sights of Toronto's Kensington Market, my eyes have become the focus of attention.

With my chin resting on a support, I stare at the glowing blue spot and, beside it, the face of Ann Lvin, a research assistant with the Kensington Eye Institute, as she fires an invisible laser beam straight into my right pupil.

Did I just feel something, or was it my imagination?

"You're doing great," Lvin says. "Blink as much as you need to, always looking back at the light. We're doing the optic nerve scan now."

Two minutes later, I am on the other side of the apparatus, watching a large display screen as she scrolls across the image she has just acquired. It's a highly magnified cross-section through the layers of cells and nerve tissue that line the back of my eye.

What I see reminds me of a geological map with ancient strata piled up on top of each other. But it may also be a glimpse of things to come. In the future, a retinal scan like this could provide an early non-invasive way to diagnose a range of neurological disorders, including Alzheimer's and Parkinson's disease, and do so well in advance of symptoms becoming apparent.

The idea amounts to a new take on the poetic notion that eyes are the windows of the soul. Because eyes, and specifically retinas, are extensions of the brain that have evolved to be exposed to the world of light, they may be the best windows we have to see what would otherwise be hidden from view.

"There is lots of evidence already that there is a relationship between retinal thickness and cortical mass," said Chris Hudson, a professor in the school of optometry and vision science at the University of Waterloo.

Cortical mass is simply the weight and depth of the outermost layer of the brain – the part we need for thinking, communicating and making sense of the world.

Hudson is spearheading an effort to see if subtle changes in the thickness of the retina are a reliable indicator of what's happening to the brain at large. It involves scanning the retinas of up to 600 subjects from across Ontario with known neurological conditions and following them over a number of year to determine – literally – if their eyes give them away.

The study is the largest of its kind to leverage a form of imaging technology known as optical coherence tomography (OCT). The method is already well established as a way to detect and monitor diseases of the eye such as glaucoma and macular degeneration. But, as it has evolved and improved, it has given scientists the chance to examine living retinal tissue at an unprecedented level of detail, and track subtle changes on the scale of one-thousandth of a millimetre.

"The resolution of the imaging is just phenomenal," Hudson says as he indicates a dimple in my retinal cross-section. This corresponds to the centre of my field of view, where light-sensitive cells are most abundant and where the supporting tissue around those cells is at its thinnest to allow more light to pass through.

At this scale, even I can see that there are 10 distinct layers in a slice of retina that is only a small fraction of a millimetre thick. Each layer has slightly different properties that can be distinguished by they way they reflect laser light back to the machine as it scans. Some layers are made of cells; others are the wiring that link cells to one another and to the optic nerve that channels visual information to different parts of the brain.

The specific way that wiring is set up provides a key motivation for the study. Neurological problems due to Alzheimer's tend to preferentially attack different parts of the brain than those that may be affected by a stroke or amyotrophic lateral sclerosis (ALS), for example. That means the retina may not only serve as an indicator that something is wrong, but also could help clinicians figure out exactly what that something is. And with neurodegenerative disease increasing in step with aging populations across the developed world, the need for such an indicator has never been greater.

In medical parlance, the notion is called a "biomarker" – a way to spot the onset of a disease by measuring something else. Hudson's study is part of a larger effort backed by the Ontario Brain Institute to find better biomarkers for neurodegenerative diseases, for which there are often very few. Candidate biomarkers that are included in the study are gait and balance and genomic analysis. But what has researchers excited about the retinal imaging component is that it is so easy to administer and inexpensive, relative to other forms of brain imaging.

"It's not reality yet, but it's not fiction either," says Sandra Black, a program director in brain science at Toronto's Sunnybrook Research Institute and co-lead of the provincial effort. "If these eye biomarkers work out … people could be very simply screened for in a way that could be a big advantage for picking up early signs of disease."

The caveat is that an early diagnosis of a debilitating brain disease is an advantage only if there are treatments available. But this has also been a Catch-22 for those trying to develop new treatments. When neurological disorders are hard to spot at the beginning, it means researchers also can't identify the people they need to be subjects in clinical trials to test early interventions. Hudson notes that one of the most important applications of an OCT-based screening system would be to accelerate the race to find effective interventions.

The study is now halfway through its five-year run, most of which has gone toward recruiting subjects at one of six centres across Ontario. The hope is that funding for the entire biomarker effort will be renewed so that the progress of those who are enrolled can be followed for a longer period.

Meanwhile, Hudson and his colleagues are working to ensure that the way they analyze the reams of data they are gathering is sound. Because changes in retinal tissue related to the onset of a brain disorder could be difficult for even an experienced researcher or clinician to spot, the success of the system will probably depend on computer software identifying those changes automatically.

In a nearby room at the Kensington Eye Institute, I watch as a pair of researchers comb through image after image and carefully check to see if the computer is correctly identifying the retinal layers as expected.

"We need to make sure we're truly measuring what we purport to be measuring," Hudson says.

For Hudson, the dedication to getting the science right is personal. He was diagnosed with Parkinson's at the age of 41 and has been living with the disease for 13 years. The thought that his expertise in vision research might one day improve the lives of others in the same situation has become a strong motivator.

The same often goes for many subjects that are eager to participate in the study despite the challenging disorders they face. While they may not personally benefit from the advances their data help to spur, they have their eyes firmly fixed on a future that is far less bleak for those dealing with neurodegenerative disease. 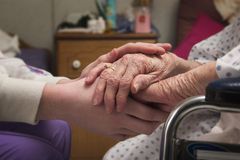 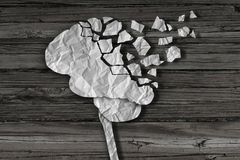