I've never been inside an abortion clinic, though I came close at the turn of the millennium. I was looking for a family doctor and called the Cabbagetown Women's Clinic in Toronto, thinking that it was, well, a women's health centre. I asked the receptionist if they were taking patients, and was thrilled when she said yes – despite a shortage of GPs in the city, I had easily found one within walking distance from my apartment.

"Great!" I practically yelled into the phone, full of enthusiasm. "When can I come in?"

"Well," said the receptionist in a sober voice, "How far along are you?"

At that point I realized the clinic's purpose, apologized for my obtuseness, and hung up. After a quick rush of embarrassed amusement, my lasting impression was gratitude that it seemed fairly easy to get this basic health service, should I happen to need it.

In the past few years, though, it's become increasingly clear that reproductive choice is not as accessible for too many Canadians. Despite our so-called "universal" health care system, and the striking down of all federal laws around abortion in 1988, people outside major cities often face challenging obstacles, costs, and prejudice trying to obtain the procedure.

Take Prince Edward Island, for example, which has no abortion clinics at all. Medical travel isn't always covered by provincial health insurance and overnight trips out of province to get an abortion can cost more than $1,000 – and that's before factoring in time off of work. Not to mention that surgical abortions generally require more than one clinic visit, for bloodwork and ultrasounds before the actual procedure. In many parts of Canada, travelling even short distances in the winter is often dangerous or impossible.

Then there's confidentiality, one important marker of quality health care, and one that rural communities are often too small to guarantee. Those who need referrals from their GPs in the Yukon, for example, must sometimes exchange their privacy in return for service.

For some, barriers like this are insurmountable. University of P.E.I. professor Colleen McQuarrie has interviewed people who have harmed themselves in order to try and induce a miscarriage, or tried to abort with dangerous, unsupervised chemicals. Some have even considering suicide. The worst part about this happening in Canada in 2015 is that there's been a safe, simple solution for over two decades: RU-486, which has been legal in France since 1990.

Last week, Health Canada finally approved the abortion drug for use in this country. To be sold here as Mifegymiso, RU-486 is made up of two drugs that block the production of progesterone, which is needed for placenta development, before inducing contractions of the uterus. It can be taken at home for up to seven weeks after conception, which is partly why half of those who have abortions in the 57 countries that approved it before Canada choose the drug over a surgical procedure.

It's tempting to roll our eyes at the snail's pace of government bureaucracy before celebrating a bit, then moving on. But after approval comes roll-out, and how that unfolds is still to be determined. Lauren Dobson-Hughes, president of Planned Parenthood Ottawa, points out that although RU-486 won't be available here until next spring, there's already a medical abortion (i.e., induced by medication rather than a surgical intervention) available in Canada.

A combination of the cancer drug methotrexate and the arthritis treatment misoprostol is sometimes prescribed off-label to Canadians wanting to terminate a pregnancy. It's not as reliable a solution as RU-486, but in the absence of anything else, it's an option. (Both this treatment and RU-486 are different than Plan B, which is an emergency contraceptive, not an abortifacent, available over-the-counter for up to three days after unprotected sex.)

The problem is that although this ad-hoc treatment is entirely legal, it's often available only by following whispered rumours. Since doctors who provide abortion often face judgment – or violence – people in small communities must often track down members of what Dobson-Hughes calls the "secret network" of physicians who are willing to prescribe it. This means getting the proper support can be a gamble.

In May, Charlottetown woman Courtney Cudmore was refused emergency service at the Queen Elizabeth hospital when she went in with cramps and bleeding after being prescribed a legal medical abortion. After waiting almost an hour, Cudmore (who, like 45 per cent of Canadian women who get abortions, is already a mother) was told by the attending physician that there was no help available for her there. The recommendation was that she travel to Halifax, four hours away.

Dobson-Hughes is equally hopeful that Mifegymiso will make a difference and fearful that it won't. Designed specifically to terminate early pregnancies, RU-486 is safer and much more effective than the previous ad-hoc solution, so there's a real chance that more physicians will decide to prescribe it.

That's not a given, though: in the U.S., it's still mostly abortion clinics that provide RU-486, so access hasn't improved much for rural women. "RU-486 has the potential to make a big difference to people who would struggle to access surgical abortions, but whether it will depends on how it's implemented," says Dobson-Hughes.

The best-case scenario, she says, would be adopting the U.K. model, where midwives and nurse practitioners can prescribe RU-486 – an extremely useful service in remote communities that don't have resident doctors. The worst-case scenario would be if the only ones to embrace the new drug are already members of the underground network that already writes abortion prescriptions. This would leave access in rural communities spotty and unreliable, and choice and information limited.

So, sure, better late than never, Health Canada, but it's not time to close this file just yet. The approval of RU-486 is a chance to provide greater freedom, safety and autonomy for over half of the Canadian population, but we haven't quite figured out how, and we're already a quarter-century late.

Editor's note: Misoprostol is designed for stomach ulcers, not arthritis; as an abortifacent, it is used to induce uterine contractions. Methotrexate is used in both cancer and arthritis treatments; in medical abortions, its primary purpose is to inhibit cell growth, not to prevent implantation of a fertilized egg. Incorrect information appeared in the original version of this article. 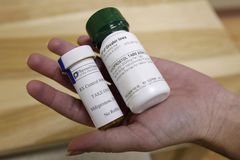 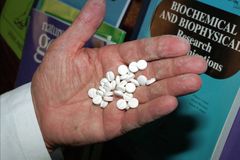