An expert panel's review of Canadian safety limits for exposure to radio waves such as those produced by cellphones and wireless devices says there is no reason to change existing standards.

The independent panel was convened by the Royal Society of Canada at the government's request to review scientific evidence relevant to proposed changes to Health Canada's Safety Code 6, which deals with exposure to radiofrequency (RF) energy – or radio waves. The panel released its report on Tuesday.

Currently, exposure limits in the code are aimed at well-known and potentially dangerous effects such as the heating of tissue and nerve stimulation when the body absorbs a sufficiently high concentration of radio energy – as might occur when standing directly in front of the transmitting dish of a cellphone tower or radar installation.

Household and consumer devices that transmit radio waves, such as cellphones and tablets, operate at power levels well below the Safety Code 6 (SC6) thresholds.

Advocates of tougher restrictions point to studies that suggest there could be additional risks, including cancer and other health problems, at low levels of exposure and over a long duration. That evidence is not considered definitive by many experts. There is also no widely accepted mechanism that would explain such a link, though various theories have been proposed.

The panel advised further research to clarify uncertainties over the issue.

"The whole challenge in this area is trying to find consistent findings that are repeatable an then also trying to think about what the biological significance is of those," said panel chair Paul Demers, a professor of public health at the University of Toronto and director of the Occupational Cancer Research Centre.

Franco Momoli, a clinical epidemiologist with the Ottawa Hospital Research Institute, who was not a member of the panel, said that the report was in keeping with similar reviews by other groups and he did not disagree with its recommendations, including the need for more investigation of a cancer risk.

Dr. Momoli noted that the question is a technically challenging one for researchers to explore because of the difficulty of assessing individual levels of exposure, particularly long after it has occurred. He is participating in a 16-nation study that is looking for any patterns related to cellphone use among other potential risk factors in cancer patients who have developed brain tumours at a relatively young age.

"It's the nature of the evidence to date that it's been ambiguous," he said.

How to respond to that ambiguity is the question that underlies a divide between the panel and those who argue that exposure to wireless devices should be limited as a precaution. In considering this position, the panel noted that its members represented "a range of opinions" as to what level of evidence would justify a precautionary approach. However, the panel was in agreement that "there is insufficient data available at this time with which to make a scientific recommendation to lower the limits proposed in SC6."

Critics of the panel's findings include Canadians for Safe Technology, a group which seeks to reduce or eliminate the use of wireless devices in schools and other public settings. The group has also criticized the makeup of the panel because of the industry connections of some of its members.

"We're concerned that the panel is not objective," said Frank Clegg, the group's chief executive officer.

Dr. Demers was brought on to lead the panel last summer after the previous chair stepped down over a perceived conflict of interest. He said he was confident that the panel had conducted a thorough and a balanced assessment of the available science.

Digital overload: How we are seduced by distraction
March 29, 2014 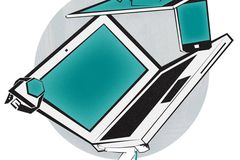 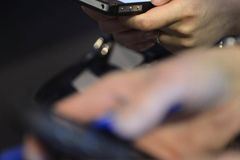 Lost your cellphone? Its finder is probing your data right now
March 25, 2014 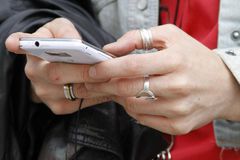