The scientists call it a "brain link," and it is the closest anyone has gotten to a real-life "mind meld": the thoughts of a rat romping around a lab in Brazil were captured by electronic sensors and sent via Internet to the brain of a rat in the United States.

The result: the second rat received the thoughts of the first, mimicking its behaviour, researchers reported on Thursday in Scientific Reports, a journal of the Nature Publishing Group.

Adding to its science-fiction feel, the advance in direct brain-to-brain communication could lay the foundation for what Duke University Medical Center neurobiologist Miguel Nicolelis, who led the research, calls an "organic computer" in which multiple brains are linked to solve problems solo brains can't.

If that sounds like an ethical minefield, several experts think so too, especially since Nicolelis is now working on brain-to-brain communication between monkeys.

"Having non-human primates communicate brain-to-brain raises all sorts of ethical concerns," said one neuroscientist, who studies how brains handle motor and sensory information, but who asked not to be named. "Reading about putting things in animals' brains and changing what they do, people rightly get nervous," envisioning battalions of animal soldiers – or even human soldiers – whose brains are remotely controlled by others.

That could make drone warfare seem as advanced as muskets.

Nicolelis's lab received $26-million from the Pentagon's Defense Advanced Research Projects Agency (DARPA) for work on brain-machine interfaces, as this field is called.

The linked rat brains in the study built on 15 years of research in brain-machine interfaces. These interfaces take electrical signals generated from the brains of severely-paralyzed people and translate them into commands that move a mechanical arm, a computer cursor or even the patient's own arm.

Such work led Nicolelis to ask, can one brain decode the electrical signals generated by another?

The answer – at least for rats – was yes.

In one experiment, the Duke researchers trained rats destined to be message senders, or encoders, to press a lever when a red light above them turned on. Doing so earned the animals a sip of water. Rats intended to be message receivers, or decoders, were trained to press a lever when the scientists electrically stimulated their brains via implants.

The scientists next connected the rats' brains directly, inserting microelectrodes roughly one-hundredth the width of a human hair. Now when an encoding rat saw the red light and pressed the lever, its brain activity sped directly into the brains of seven decoder rats.

The decoders did not see a red light. Nevertheless, they usually pressed the correct lever and earned their after-work libation. The encoder rats got the same treat, reaping the rewards of their partners' success.

The encoder rat did not get that reward if a decoder rat goofed. In that case, the encoder rat, apparently realizing what had happened, seemed to concentrate harder on its task: it decided more quickly to choose the correct lever and quashed extraneous thoughts so as not to muddy the signal with, perhaps, daydreams about escaping the lab or pressing the wrong lever.

As a result, the signal got louder and sharper, and the decoder rats made fewer mistakes.

"The encoder basically changed its brain function to make the signal cleaner and easier for its partner to get it right," Nicolelis said.

Videos of the experiments are available at www.nicolelislab.net, and the paper is available here. The researchers also trained pairs of rats to distinguish a narrow opening from a wide one using their whiskers. The animals learned to poke a water port on the left side of the chamber with their nose if they sensed a narrow opening, and a port on the right if they sensed a wide opening.

As with the lever press, when the brain waves that signified "narrow door" traveled from the encoder rat to the decoder rat, the latter usually poked the correct port.

In these experiments, the rats were in Nicolelis's lab at Duke and their brains were connected by long, thin wires. To show the reach of brain waves, the scientists re-ran the experiments with encoder rats in Natal, Brazil, and decoder rats at Duke. The brain signals traveled over the Internet. But even with the resulting noise, the mind melds usually succeeded.

Some other researchers were not impressed. For one thing, the Internet aspect is not novel: in a previous study, electrical activity in the brain of a monkey at Duke was sent via the Internet and controlled a robot arm in Japan.

Neurobiologist Andrew Schwartz of the University of Pittsburgh, a leader in the field of brain-computer interactions, said that "from a scientific/engineering point of view, this is of limited interest." Brain-machine interfaces "have moved far beyond this."

The Duke team sees the study as a step toward what lead author Miguel Pais-Vieira calls "a workable network of animal brains." They are currently trying to link four rats' brains and (separately) two monkeys' brains, each in what Nicolelis calls a "brain-net."

"Wiring brains together to accomplish something useful strikes me as a fantasy," said neuroscientist Lee Miller of the Feinberg School of Medicine at Northwestern University, whose brain-machine research is intended to help paralyzed patients move.

Asked how likely it is that one day human brains would be linked, Nicolelis said: "I wouldn't mind if, 100 years from now, people say two rats started human brain nets." 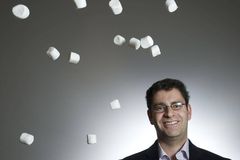 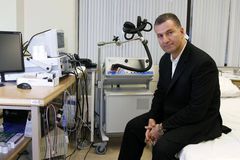 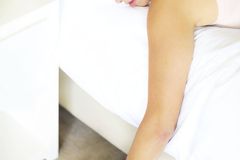