Whether you're packing for a winter getaway in the tropics, gliding down a brilliantly reflective mountain slope or just heading to a tanning salon, a new study suggests that you are in danger in more ways than one from exposure to ultraviolet (UV) radiation.

What's more, that danger can peak long after you've been exposed – a fact that could lead to new approaches to warding off the cancer risk associated with too much sunlight.

The study, led by Yale University researchers, amounts to the discovery of a second pathway by which ultraviolet light can induce genetic damage and trigger melanoma, a form of cancer that strikes one in 59 Canadian men and one in 73 Canadian women.

The first pathway is well known: DNA in skin cells can be altered when it directly absorbs invisible ultraviolet rays from the sun or artificial sources. When such alterations overwhelm a cell's ability to repair its DNA, the cell can be left with a cancer-causing mutation.

In the Yale study, published Thursday in the journal Science, scientists found that ultraviolet light also triggers a chemical chain reaction in cells that contain the pigment melanin. The energetic byproducts of this reaction can then interact with DNA and cause damage more than three hours later.

"Once that chemical energy has been absorbed by the DNA, you're in the exact same position as if ultraviolet light was absorbed," said Douglas Brash, a senior scientist at Yale's Skin Disease Research Center whose lab conducted the study.

Dr. Brash and his colleagues found that about half of the DNA alterations that occur to due to UV exposure occurred through this previously unknown chemical mechanism. What's not yet clear is whether this also accounts for half of the total cancer risk associated with the exposure.

It could be even more, Dr. Brash said, in the sense that the chemical damage could be like the straw the breaks the camel's back while the cell is busy trying to repair itself after direct radiation damage.

"This is huge in the field. It's totally new," said Patrick Rochette, a researcher at Laval University who specializes in the interaction between light and living tissues and who was not involved in the discovery.

The Yale study suggests that this second form of DNA damage can be mitigated by anti-oxidizing agents that can be applied to the skin to mop up the harmful chemicals. This could, in principle, reduce the cancer risk due to UV exposure even after it has occurred.

"I think the cosmetics industry will use it," Dr. Rochette said of the the new finding.

The study does not obviate the need to stay out of the sun, wear protective clothing and apply sunblock to expose skin, since measures like these are still required to block direct DNA damage due to UV radiation.

"While it offers new avenues, perhaps, for protecting from the damage that continues to accumulate after exposure, you're still getting damage during exposure," said Gillian Bromfield, direct of cancer control policy for the Canadian Cancer Society.

Both the incidence of and death rate due to melanoma has been on the rise in Canada, thanks in part to cavalier attitudes towards sun exposure in decades past.

The use of tanning beds has been singled out by the cancer society as particularly risky, since it can lead to more concentrated exposure to UV than people typically get from the sun. In the past, tanning beds have been touted as safe because they use only UVA radiation, not the more energetic UVB radiation that causes sunburn. But it is now known that both forms cause cancer, leading to changes in regulations to encourage the use of "full spectrum" sunblock products.

The Yale study, which used UVA radiation, may help explain why the lower energy form of UV light is still dangerous. It may also explain why fair skinned people are particularly at risk from melanoma, since the form of melanin that is most abundant in those with fair skin is the kind that seems to best promote the chemical damage discovered by the Yale team.

Dr. Brash said he and his colleagues were not expecting to find a new type of damage due to UV exposure. The delayed effect became apparent during experiments with skin cells which involved sidelining cells' DNA repair kit.

Instead of the rate of damage quickly tapering off after exposure to radiation, the researchers found it continued to increase.

They eventually traced the cause to a chemical mechanism that operates in melanocytes, the cells that produce the pigment melanin. Ultraviolet light reacts with various molecules inside the cells to produce to two species of chemicals, one oxygen based, one nitrogen based, which can then react with each other to produce a third chemical, known as peroxynitrite. This serves to degrade melanin, which leads to another byproduct known as dioxetane.

The final step in the process involves the transport of melanin fragments carrying dioxetane into the cell's nucleus, where DNA resides. When the dioxetane breaks down there, it produces an energized oxygen atom which can act on and transform one of the billions of molecular units that make up the cell's genetic code.

Both mouse and human skin cells were used in the study, with skins cells coming from donated foreskin from circumcisions.

Dr. Brash said the newly discovered chemical process could be having other unforeseen effects in different types of cells and added that his team hoped to continue to explore the implications.

"It seems to me implausible that we have a whole new chemical pathway here that only causes one disease," he said. 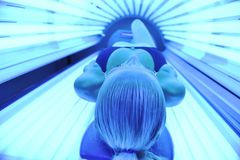 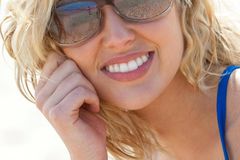 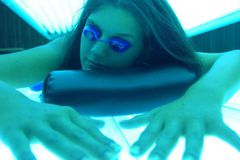 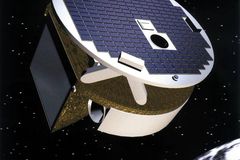