No one in their right mind would knowingly drink formaldehyde – but that's the risk consumers take when they gulp down fizzy drinks sold in plastic containers, according to a report published Wednesday in the Journal of Epidemiology and Community Health.

Although formaldehyde is not used to make plastic bottles, it is a byproduct of the manufacturing process, the authors wrote. Trace amounts of it leach into drinks, said lead author Dr. Jane Muncke, manager of the Food Packaging Forum Foundation in Zurich, Switzerland. Muncke noted that formaldehyde is just one of 6,500 chemicals found in food manufacturing materials, but the vast majority have "flown under the radar," she said.

Food contact materials "are a significant source of chemical food contamination, although legally they are not considered as contaminants," wrote Muncke and colleagues from the United States and Spain. The authors call for "population-based assessment and biomonitoring" to determine how these chemicals affect human health.

Only about 25 per cent of these chemicals have been tested for their toxicity, Muncke said. Meanwhile, tiny amounts of potential carcinogens and hormone disruptors are seeping into our breakfast cereals, canned soups, crackers, frozen vegetables and packaged meats.

Muncke and co-authors suggest that long-term exposure to chemicals in food may be partly responsible for increased rates of chronic diseases such as cancer, autism and infertility.

Although these illnesses have multiple causes, she said, "we do know that chemicals play a role in these diseases."

By now, many Canadians have learned to avoid bisphenol A, a chemical associated with hormonal disruption that until recently was widely used in plastics such as baby bottles.

According to the report, however, many other chemicals known to disrupt hormone production are found in food contact materials, including tributyltin, triclosan and phthalates. These endocrine disruptors interfere with the body's hormonal balance at very low doses, Muncke said, "and we know that these chemicals can interfere with fetal development."

Nevertheless, chemicals used in the food manufacturing process are seldom listed on packaging labels. One reason is that foods come into contact with chemicals at all stages of the supply chain, including during storage, processing and packaging. But information on the chemicals used along the way "is not shared" in the food industry, Muncke said.

Even organic milk sold in glass bottles may have come into contact with chemicals leeching from the tubes connected to machine-operated pumps, she said.

Critics, however, insist that the dangers of toxic chemicals in food contact materials are overblown.

Formaldehyde, a known carcinogen, maybe be found in plastic drinking bottles – but it is naturally present in certain foods as well, the Guardian reported.

"To consume as much formaldehyde as is present in a 100-gram apple, you would need to drink at least 20 litres of mineral water that had been stored in PET [polyethylene terephthalate] bottles. Obviously the concern about formaldehyde from food packaging is significantly overrated, unless we are willing to place 'potential cancer hazard' stickers on fresh fruit and vegetables," the Guardian quoted Dr. Ian Musgrave, senior lecturer in the medicine faculty at the University of Adelaide, as saying.

But according to Muncke and colleagues, toxic chemicals in the food supply chain are so pervasive that consumers can do little to avoid them.

Ironically, products made by large corporations such as Coca-Cola and Nestle may be a relatively safe bet. Unlike smaller companies with fewer resources, these corporations have set up in-house labs to test for chemicals in their packaging and food products, Muncke said.

"They're doing a good job," said Muncke, who described the testing measures as a form of enlightened self-interest.

"It only takes one consumer organization to go and test their products and blow up in the media that their products contain [a toxic substance]" to hurt a corporation's bottom line, she pointed out.

Unfortunately, smaller food companies do not have the financial resources to test their products for trace amounts of chemicals, she said.

Food-borne chemicals are a policy issue, and until regulators step in to require broader testing of chemicals that come in contact with food, consumers will have difficulty limiting their exposure to toxic chemicals in foods, she said.

Nevertheless, Muncke said her research has influenced her own habits. She tries to buy mainly fresh organic foods to cook at home; avoids packaged foods and plastic cutlery, drinking bottles and food containers; and uses glass or stainless steel containers for storing food. 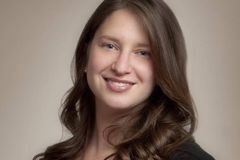 Why turning your life upside-down (literally) is good for you
February 18, 2014 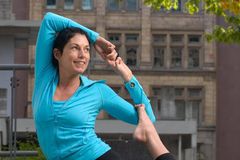 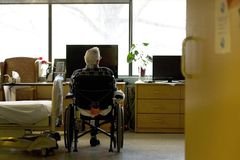