The emergence of a deadly virus previously unseen in humans that has already killed half those known to be infected requires speedy scientific detective work to figure out its potential.

Experts in virology and infectious diseases say that while they already have unprecedented detail about the genetics and capabilities of the novel coronavirus, or NCoV, what worries them more is what they don't know.

The virus, which belongs to the same family as viruses that cause the common cold and the one that caused Severe Acute Respiratory Syndrome (SARS), emerged in the Middle East last year and has so far killed seven of the 13 people it is known to have infected worldwide.

Of those, six have been in Saudi Arabia, two in Jordan, and others in Britain and Germany linked to travel in the Middle East or to family clusters.

"What we know really concerns me, but what we don't know really scares me," said Michael Osterholm, director of the U.S.-based Center for Infectious Disease Research and Policy and a professor at the University of Minnesota.

Less than a week after identifying NCoV in September last year in a Qatari patient at a London hospital, scientists at Britain's Health Protection Agency had sequenced part of its genome and mapped out a so-called "phylogenetic tree" – a kind of family tree – of its links.

Swiftly conducted scientific studies by teams in Switzerland, Germany and elsewhere have found that NCoV is well adapted to infecting humans and may be treatable medicines similar to the ones used for SARS, which emerged in China in 2002 and killed a tenth of the 8,000 people it infected.

"Partly because of the way the field has developed post-SARS, we've been able to get onto this virus very early," said Mike Skinner, an expert on coronaviruses from Imperial College London. "We know what it looks like, we know what family it's from and we have its complete gene sequence."

Yet there are many unanswered questions.

"At the moment we just don't know whether the virus might actually be quite widespread and it's just a tiny proportion of people who get really sick, or whether it's a brand new virus carrying a much greater virulence potential," said Wendy Barclay, a flu virologist, also at Imperial College London.

To have any success in answering those questions, scientists and health officials in affected countries such as Saudi Arabia and Jordan need to conduct swift and robust epidemiological studies to find out whether the virus is circulating more widely in people but causing milder symptoms.

This would help establish whether the 13 cases seen so far are the most severe and represent "the tip the iceberg", said Volker Thiel of the Institute of Immunobiology at Kantonal Hospital in Switzerland, who published research this month showing NCoV grows efficiently in human cells.

Scientists and health officials in the Middle East and Arab Peninsular also need to collaborate with colleagues in Europe, where some NCoV cases have been treated and where samples have gone to specialist labs, to try to pin down the virus' source.

It is not unusual for viruses to jump from animals to humans and mutate in the process – high profile examples include the human immunodeficiency virus (HIV) that causes AIDS and the H1N1 swine flu which caused a pandemic in 2009 and 2010.

Yet further work by a research team at the Robert Koch Institute at Germany's University of Bonn now suggests it may have come through an intermediary – possibly goats.

In a detailed case study of a patient from Qatar who was infected with NCoV and treated in Germany, researchers said the man reported owning a camel and a goat farm on which several goats had been ill with fevers before he himself got sick.

Osterholm noted this, saying he would "feel more comfortable if we could trace back all the cases to an animal source".

If so, it would mean the infections are just occasional cross-overs from animals, he said – a little like the sporadic cases of bird flu that continue to pop up – and would suggest the virus has not yet established a reservoir in humans.

Yet recent evidence from a cluster of cases in a family in Britain strongly suggests NCoV can be passed from one person to another and may not always come from an animal source.

An infection in a British man who had recently travelled to Saudi Arabia and Pakistan, reported on Feb. 11, was swiftly followed by two more British cases in the same family in people who had no recent travel history in the Middle East.

The World Health Organisation says the new cases show the virus is "persistent" and HPA scientists said the cluster provided "strong evidence" that NCoV, which like other coronaviruses probably spreads in airborne droplets, can pass from one human to another "in at least some circumstances".

Despite this, Ian Jones, a professor of virology at Britain's University of Reading, said he believes "the most likely outcome for the current infections is a dead end" – with the virus petering out and becoming extinct.

Others say they fear that is unlikely.

"There's nothing in the virology that tells us this thing is going to stop being transmitted," said Osterholm. "Today the world is one big virological blender. And if it's sustaining itself (in humans) in the Middle East then it will show up around the rest of the world. It's just a matter of time." 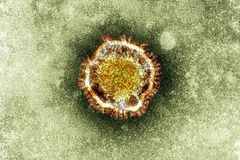 Why you shouldn’t worry about the new mystery virus
September 30, 2012 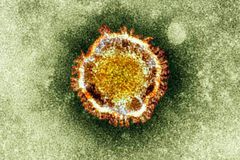 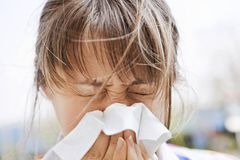