In his youth, Andrew Loog Oldham epitomized the Swinging Sixties. The idiosyncratic manager discovered the Rolling Stones and produced some of their classic songs, including 19th Nervous Breakdown, Mother's Little Helper, Lady Jane, Ruby Tuesday and Paint It Black. He formed Britain's first independent record label, which recorded Rod Stewart, Eric Clapton and Fleetwood Mac, and for a time he worked with the Beatles.

Oldham also had a 30-year history with drugs, followed by a five-year drinking spree that ended in 1995.

"My breakfast would be a glass of grappa, a line of coke and then I could handle an espresso," he recalls.

He collects royalties off those heady days, which is a lucky thing, because the decades that followed were tumultuous.

Somewhere in the madness – he doesn't know exactly when – he contracted the hepatitis C virus. Today, at 71, he represents the war babies and younger boomers who may have survived that era of excess, but didn't emerge completely unscathed. The British music legend, who was inducted into the Rock and Roll Hall of Fame in 2014, was one of millions among his generation to contract the slow-moving but potentially fatal disease.

And he is also one of the early beneficiaries of a long-awaited drug that has cured him of the disease, which can linger for decades before wreaking havoc on the liver.

Oldham received the 12-week treatment in Vancouver last summer. After receiving the drug Harvoni – produced by California's Gilead Sciences and approved by Health Canada one year ago – a follow-up blood test showed that he was virus-free.

"It's great – I feel like it's 1996 again," he said, referring to the time before he showed symptoms. He is seated in a fancy downtown Vancouver tea shop, looking considerably healthier than when I'd met with him several months before. After years of hard living, a cup of green tea is his only poison these days.

He feels blessed. "The timing was immaculate."

In order to qualify for coverage in British Columbia, a patient has to be at least in the second stage of the disease. That's the minimum across Canada, says Dr. Marina Klein, one of the world's leading researchers in hep C, and professor of medicine at McGill University. For now, Quebec requires a patient to be at Stage 3.

Doctors would treat the disease earlier, but there's the matter of cost. The list price of the drug in Canada averages about $85,000 a person for a 12-week treatment, Klein says. Provincial governments haven't said what they're paying, but she guesses that coverage is about $50,000 a patient who qualifies. (Harvoni treats the most common strain) in Canada, but Gilead's equally pricey Sovaldi drug treats other genotypes, when used in combination with another drug.)

"There is a backlog of people who want to be treated, and who are requiring treatment. So the big issue is around cost, and that's a big issue worldwide."

B.C.'s PharmaCare began coverage of the drug last March. Oldham divides his time between Vancouver and Bogota, Colombia. Because he is a permanent resident of Canada, he was covered by PharmaCare.

Carolyn Klassen, a registered nurse who treated Oldham and who is president of the Canadian Association of Hepatology Nurses, says few patients were paying for the treatment prior to coverage. But some, who felt like it was "life and death," couldn't wait. They mortgaged their houses, she said.

The conventional treatment for hepatitis C used to be interferon, a chemotherapy-type drug that had mixed results and several dangerous side effects. American singer Natalie Cole, who recently died from heart failure, told media that she'd received interferon for hep C. She'd also undergone liver and kidney transplants because of the disease.

Oldham, who'd previously suffered from depression and had shock-therapy treatment in his 20s, was afraid to try interferon because one potential side effect is that it can trigger psychiatric illness in those with a predisposition to it.

"My friends said: 'Don't take the interferon, you'll go nuts. You're nuts already,'" he says, laughing. "Fortunately, I was keyed in with the right people who said: 'Wait. There will be something else.'"

Oldham was diagnosed in 1997, but most people with the disease aren't diagnosed at all. There are high numbers of his age group who were infected through taking drugs, or receiving a blood transfusion before there were better screening methods. The disease has just one major symptom – fatigue.

"People of that age, or in that range, would probably associate it with, 'Oh well, I'm just getting on a bit,'" says Oldham, who spent a fortune on health supplements and alternative medicines after his health had started to decline in the past few years.

Stories such as Oldham's are good news for people who are otherwise healthy. But the head of the B.C. Centre for Disease Control cautions against a sudden rush on treatment for everybody who has it.

An estimated 250,000 to 300,000 people in Canada are living with hep C, says Dr. Mark Tyndall, executive medical director of the B.C. Centre for Disease Control. Harvoni treats genotype 1 of hep C, which is the most common strain in Canada. And because there are six genotypes of hep C, more drugs are on the way. For pharmaceutical companies, hep C treatment is big money.

Tyndall strongly cautions that treating every person with the disease will bankrupt the system, especially since hep C takes so long to do damage, if it does any at all. Unlike some other diseases, the body can clear itself of hep C naturally. "People need to keep it all in perspective, and not get wrapped up in getting everybody treatment. We can't afford it."

He says studies have shown a 25-per-cent reinfection rate among high-risk people, such as drug users. And if they are reinfected, they are no longer eligible for funded treatment.

"Unless we can put people in a position where they won't get re-exposed, we are throwing money away. It's a real issue," Tyndall says.

"My argument is, if we want to help somebody who's got an addiction problem, hep C treatment for them is way down the list of priorities."

What is hepatitis C?

Hepatitis C is a common disease transmitted by the comingling of blood, such as through the sharing of drug paraphernalia or a used tattoo needle.

The disease has five stages, but symptoms aren't usually severe until Stage 3, when most of the liver has become scarred and stiff. In later stages, it can lead to cirrhosis and liver cancer. Andrew Loog Oldham was at Stage 2, according to a FibroScan that measures for fibrosis. Stage 2 means about half the liver has become stiff from scarring, but it's still highly capable of regenerating, according to Dr. Marina Klein of McGill University.

In 20 per cent to 40 per cent of cases, the carrier will naturally eliminate the virus. Of those who continue to carry it, about 20 per cent will suffer liver damage. A study published in the Canadian Journal of Gastroenterology and Hepatology found that as that group ages, cases of advanced liver disease would grow until 2035. (Gilead Sciences, one of the makers of the big new treatments, funded the study.) It estimated that until then, 32,000 infected people could die of liver disease. Klein corroborates that number.

"Most of those people were affected in the mid-sixties and seventies. It takes 20 to 30 years before there is significant damage, and only then they will have very bad health outcomes. We have an opportunity to intervene with these treatments and turn that tide around now."

New hep C drugs have more than a 90-per-cent cure rate, but it's a cure with a hefty price tag. For that reason, coverage in Canada generally only kicks in at Stage 2.

"If you look at places in the U.S. that have had more open access to treatment, they exhausted their allocated budget within several months," Klein says.

She says Canadian health experts will be recommending testing for people born between 1960 and 1975, who are at high risk 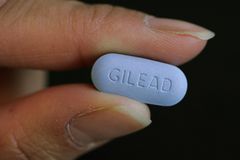 How pulmonary fibrosis patient Ken Douglas survived a double-lung transplant and got his life back
January 1, 2016 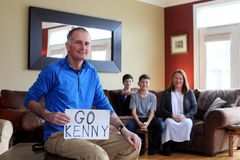