The world is looking a whole lot blurrier to a growing number of people. Rates of myopia, or the inability to see objects at a distance, are rising at a staggering pace, provoking widespread discussion about what's causing this deterioration. Its rapid increase and marked prevalence in developed areas – particularly in places with high incomes and high levels of academic achievement – have experts believing there's more than genetics to blame.

The focus is now shifting to environmental factors. Children today are glued to electronic devices, unwilling to pry their eyes away from the latest game of Fruit Ninja. Meanwhile in East Asia, many kids are stuck indoors with their noses buried in textbooks.

As researchers investigate what's behind our failing vision, some people are turning to scientifically untested vision-training techniques. Others are examining the potential of neuroplasticity, or the brain's ability to rewire itself, to improve visual processing. But when it comes to myopia, more evidence is pointing to the power of the sun. Could the solution to better vision be as simple as taking ourselves – and our devices, if we can't let go of them – outside?

Myopia, or nearsightedness, is a refractive error that occurs when the eye grows too long from front to back, causing the image to land on the retina past the focal point, appearing blurry. That means when an image is projected onto the retina at the back of the eye, where it can be processed, it has surpassed the focal point and is blurry. While researchers have yet to pinpoint the exact cause of the rise in myopia, many agree there may be a cheap and easy way to curb the trend: Encourage children to spend more time outdoors while their eyes are still developing.

As many as 80 to 90 per cent of people in parts of East Asia are now believed to have myopia. In the United States, data collected between 1999 and 2004 showed nearly 42 per cent of individuals from the ages of 12 to 54 were nearsighted, up from 25 per cent in 1971 to 1972. In Canada, the prevalence of myopia is lower – here, it affects about 30 per cent of the population, according to the Canadian Association of Optometrists and provincial optometry associations.

"We've always known that myopia has a genetic and environmental component," says Dr. Setareh Ziai, an ophthalmologist in Ottawa. "But … the speed at which it has increased is much more rapid than any genetic changes can occur."

The consequences of this condition go beyond a bespectacled norm. Along with its general rise, the rates of severe cases, also known as high myopia, are increasing too, carrying with them an increased risk of retinal complications that can lead to irreversible vision loss, says Dr. Maria Liu, head of the Myopia Control Clinic at the University of California, Berkeley.

As well, people are now beginning to experience blurred vision at a much earlier age, she adds, noting that while glasses, contact lenses and laser surgery can correct nearsightedness, there is no cure. A decade or two ago, it was common for people to become nearsighted around the age of 14 to 16. Today, Liu is seeing it in children as young as 4.

"That really concerns me because kids, once they become nearsighted, unless they start wearing contact lenses or something, it really changes their lifestyle," she says. She worries they may participate in fewer sports and activities outdoors in favour of indoor pursuits that require a more limited depth of vision. "This is a really bad cycle."

Liu suggests the introduction of electronic devices at earlier ages may play a role. One prevailing hypothesis is that children's growing eyeballs may develop in a way that adapts to close-up activities, such as reading and using tablets, smartphones and computers. Liu believes electronic devices can be particularly harmful to eye development, since people tend to hold them up close to their eyes and digital activities, such as games, can keep them engaged for long periods.

However, a growing body of research suggests that too little exposure to daylight may be the real culprit. A 2008 study of Australian school children found high levels of outdoor activity were associated with lower prevalence of myopia among 12-year-old students. Furthermore, the researchers noted that the amount of time students spent on "near work" or close-up activities such as reading, appeared to have little, if any, impact. A follow-up study published in 2013 provided further evidence to support the initial findings.

Sunlight boosts the level of dopamine, a growth inhibitor, in the retina, which restricts eye growth and prevents it from becoming too long, explains Prof. Kathryn Rose, head of orthoptics at the University of Technology, Sydney. She was involved in both studies. "It's acting like a brake or regulator on growth," she said in an e-mail.

Adding to this idea, Ziai notes some research suggests that in winter months in parts of the world where daylight hours are shorter, developing eyes have higher rates of growth than in summer months.

It's still unknown whether myopia is preventable, or whether outdoor activity merely limits its severity or stalls its development. But it appears that the more time children spend outdoors, the greater the protective effect may be. Researchers of the 2013 Australian study said their findings indicated children under 6 should spend at least 10 hours a week outdoors.

Sunglasses, which block UV radiation, do not appear to negate the benefits of being out in the sunshine.

"The intensity of light outdoors is generally so high that the tint in sunglasses is insufficient to block light levels to a point where being outside would not still afford protection from myopia," Rose says. "So basically, wear sunglasses to protect from UV radiation, but still get outside."

(If you're hoping to stave off age-related vision loss, sunning yourself isn't going to help. Sunlight has no effect on presbyopia, the common inability to focus on objects up-close that begins in middle age.)

Because myopia stems from the physical structure of the eye, it can't be reversed. Nevertheless, eye exercises and vision-training techniques are having a resurgence in popularity lately, promoted by controversial television personality Dr. Oz, and explored in best-selling author Dr. Norman Doidge's latest book, The Brain's Way of Healing: Remarkable Discoveries and Recoveries from the Frontiers of Neuroplasticity.

Doidge, a psychiatrist and psychoanalyst on the faculty of the University of Toronto's department of psychiatry, re-examines the disputed theories of New York doctor William Bates, who lived from 1860 to 1931. Doidge's book documents the story of Canadian-born David Webber, a computer-networks expert whose vision was damaged by an autoimmune disease called uveitis. Webber regained his sight using alternative techniques akin to the Bates Method, such as palming, or covering the eyes with one's palms, to block light and allow the optic nerve and visual circuits of the brain to relax.

As Doidge writes, Bates believed myopia is the result of tense muscles around the eye, which elongate the shape of the eyeball. Doidge attributes this to "neuroplastic changes to the brain, based on the new ways people are using their eyes." He suggests Bates's ideas were prematurely debunked by his peers, noting that his techniques were in fact early exercises in neuroplasticity.

But eye doctors and vision researchers note the Bates Method, and its many variations, are not scientifically proven. And while there's some evidence to suggest our brains may be able to adapt to better interpret blurry images, the effects of neuroplastic adaptation are limited as they can only compensate so much for mechanical and physical issues of the eye itself – which is the case with myopia.

"It is possible for our brain to sort of reinterpret a blurry image, and thus we 'see better,'" says Dr. Elizabeth Irving, a professor of optometry at the University of Waterloo. "But it doesn't actually make the refractive error change or the myopia go away."

The power of neuroplasticity

U.S. researchers have found it's possible to train your brain to see more clearly.

In a recent study by researchers from the University of California, Riverside, and Brown University, participants showed improved vision after as little as five days of training for 1 1/2-hours a day.

The study, led by graduate student Denton DeLoss, had a group of 16 young adults, with the average age of 22, and 16 older adults, with the average age of 71, look at patterns of stripes on a computer screen. They were asked to pick out the images when embedded in visual "noise," similar to television snow, and to determine whether they were turned clockwise or counterclockwise in relation to a fixed pattern. With each session, the difficulty of the task was modified according to each participant's performance from the previous day.

A common occurrence among older adults is the decline in their ability to see objects at low-contrast declines significantly with age, says UC Riverside psychology professor John Andersen, who supervised the study. Yet by the end of the training, the older group could perform the task as well as the 20-year-olds before training. Surprisingly, their near acuity, or ability to see objects at a reading distance, also improved.

"Even in advanced age, the brain has, in the sensory cortex, an enormous capacity for plasticity. In other words, it's not just that as we age, things decline and there's no possibility for improvement," Andersen says. "This is actually showing that the brain, when presented with the right kind of training conditions, can improve function."

While the findings offer promise for vision problems that arise from issues of visual processing (the brain's interpretation of images), Andersen says brain-training may also help compensate, to some degree, for physical problems in the eye and optic nerve, such as cataracts or glaucoma.

"To what extent it can compensate is unclear," Andersen says. "But at least it shows that there is a degree of plasticity in the brain that allows for some improvement."

In an age dominated by distractions, there are still reasons to focus
April 12, 2015 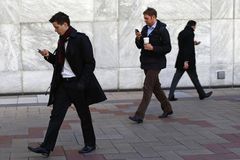 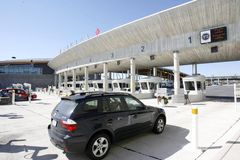