It is well documented that patients with cancer have much higher rates of shingles.

But a new study shows that, contrary to what many people think, shingles sufferers don't have higher rates of cancer.

"There is no increased risk of cancer in patients with herpes zoster," Dr. Yi-Tsung Lin, an infectious-disease specialist at Taipei Veterans' General Hospital in Taipei, Taiwan, said in an interview. "The virus does not appear to play any role in the development of cancer."

What is most likely, Lin said, is that shingles flares up in cancer patients because their immune system is compromised, making them more vulnerable to infections.

Doctors in North America were long taught that patients with shingles were at higher risk of cancer and they should do additional tests, but that practice has faded over time. Lin said that in many countries, such as Taiwan, people diagnosed with shingles still undergo extensive cancer testing. "This is not necessary," he said.

Shingles is caused by a reactivation of the virus that causes chicken pox, which may lie dormant in the body for many years. It can be reactivated by a variety of factors, including stress and immune suppression, both of which may occur in cancer patients.

The research, published in Monday's edition of the Canadian Medical Association Journal, involved 35,871 patients who were diagnosed with shingles between 1996 and 2008.

During that 12-year period, 895 of the patients developed cancer. In a similar cohort of people in the general population who did not suffer from shingles, there were 905 cancer cases – a virtually identical number.

Lin and his research team also examined the data for specific types of cancer.

Shingles sufferers had significantly higher rates of bone cancer and multiple myeloma, and significantly lower rates of leukemia and esophageal cancer but Lin said those are likely statistical anomalies given the small numbers of patients with those specific cancers. "I don't think the virus plays a role in these cancers," the researcher said.

Anyone who has had chicken pox (also known as varicella) can later develop shingles, though it tends to strike after age 60, except in those with conditions that leave the immune system compromised.

There is some evidence that those with family history of shingles are at higher risk of developing it. Research also shows that people treated for rheumatoid arthritis are more likely to get shingles; a drug used for treatment, tumour necrosis factor alpha (TNF-alpha) can severely compromise the immune system.

A bout of shingles normally lasts from two to four weeks. The symptoms include pain and a rash that is similar to chicken pox. Some people suffer debilitating, chronic pain (neuralgia) that can last for months or years.

There is no cure for shingles, but the symptoms can be treated. It is important to keep the rash clean because a sufferer can be more susceptible to infections. The most common treatment is over-the-counter painkillers like ibuprofen and acetaminophen. Patients with severe cases are often prescribed opioid-based painkillers.

Some patients receive antivirals: They do not kill the herpes zoster virus per se, but can slow its ability to reproduce.

Chicken pox was long an infection that was endured by almost all children but there is now a vaccine so cases have dropped precipitously. It is available free of charge in all provinces and territories. As a result of vaccination, it is believed that shingles cases will drop over time.

There is also a shingles vaccine that is recommended for older adults. However, the vaccine, Zostavax, is not covered by provincial health plans and costs about $150. 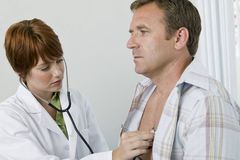 Shingles vaccine may at least lessen pain
September 25, 2009
Prompt treatment of painful shingles can ease symptoms
January 30, 2007
Follow André Picard on Twitter @picardonhealth
Report an error Editorial code of conduct
Due to technical reasons, we have temporarily removed commenting from our articles. We hope to have this fixed soon. Thank you for your patience. If you are looking to give feedback on our new site, please send it along to feedback@globeandmail.com. If you want to write a letter to the editor, please forward to letters@globeandmail.com.
Comments