As surgery goes, snipping off the foreskin is as simple as it gets, but the act has all kinds of religious, cultural and sexual implications. There are countless arguments used to justify and condemn the procedure, running the gamut from describing it as genital mutilation through to foreskin removal conferring all manner of health benefits.

The latest group to wade in on the latter point is the American Academy of Pediatrics. In a policy statement released Monday, it said that current evidence suggests that the benefits of circumcision outweigh the risks. However, the AAP stopped short of recommending the procedure for all newborn males, saying circumcision – the most commonly performed surgical procedure in the world – should remain elective.

(The Canadian Paediatric Society position, issued in 1996, is that "circumcision of newborns should not be routinely performed." But the CPS said Monday that it is reviewing the evidence and will issue a new position statement within six to 12 months.)

So, what is a well-meaning parent to do?

Let's start with an objective look at the benefits and risks of circumcising a newborn boy. The AAP task force reviewed 1,031 published studies and the most significant advantage they identified is that circumcised boys have a lot fewer urinary-tract infections. Most UTIs occur in the first year of life and the number is three to 10 times lower in babies who have had their foreskin removed. The task force noted though that many of these infections can also be avoided with good penile hygiene.

Research shows that circumcised men have lower rates of sexually transmitted infections. In the U.S. circumcised men have about a 15 per cent lower lifetime risk of contracting HIV (considerably different from the 60 per cent reduction in African studies). They have a lower risk of contracting syphilis (something that has been known for about 300 years) as well as genital herpes, but there is no protective effect for gonorrhea. These differences, however, are really only significant in sub-populations that have high rates of infection, such as men who have sex with men.

The AAP findings show that having a sexual partner who is circumcised can benefit women too, because they are less likely to contract infections such as bacterial vaginosis, chlamydia and human papillomavirus, again because a foreskin is a good place for bacteria and viruses to hide.

It has long been believed that circumcised men have lower rates of penile cancer. That is confirmed in the new paper but with a couple of important provisos: 1) penile cancer is very rare and; 2) the risk is exclusive to uncircumcised men with phimosis (a condition in which the foreskin does not fully retract).

On the key question – for some – there is no evidence that penile sensitivity, sexual satisfaction or sexual function varies between circumcised and uncircumcised men.

So what about the risks of surgical foreskin removal?

According to the AAP, when the procedure is done by a trained practitioner (physician or mohel), they are minimal: About one in 500 newborns who undergo circumcision suffers minor complications such as bleeding or infection. That is a significantly lower rate of complications than other elective procedures performed on children such as tonsillectomy or appendectomy.

This is all useful information to have, at least for the agnostics. But the bottom line is that all the science doesn't amount to much: When you crunch the numbers, the benefits of circumcision are minimal and the risks are smaller still.

In fact, what is noteworthy is that all the benefits of circumcision – aside from a lower rate of UTIs in the first year of life – are conferred on sexually active adults. So, if we're worried about informed consent, and want to pretend that parents don't make all kinds of health-affecting decisions for their children, good and bad, why not let adolescent boys and young men make the decision to be circumcised or not? After all, medically, excising the foreskin of a man is no more complicated than doing so to a newborn. (This argument was made quite forcefully in the Canadian Medical Association Journal, but it was not discussed by the AAP.)

The reality is that parents opt for circumcision of their baby boys for a host of reasons: religion, culture, tradition (the "I want him to look like Dad" argument).

The research and the AAP position paper tell us all we need to know about the medical pros and cons of circumcision. But the scientific arguments, in this case, don't trump the cultural – or even the whimsical – ones. When it comes to foreskin removal, you need to go with your gut.

Currently about 48 per cent of male Canadian babies are circumcised. That choice should remain a parental choice.

The role of medicine – and the state more generally – is to ensure that the procedure is done safely and painlessly as possible, like all surgery.

HOW ARE CIRCUMCISIONS PERFORMED?

A baby boy's prepuce (or foreskin) is naturally adhered to the head of the penis at birth, until about age 5. To remove the foreskin, the surgeon (or mohel) must insert a small probe between the foreskin and head of the penis, and then apply a clamp. There are three principal methods:

Traditionally, circumcision on newborns was done without any pain relief (the belief being babies did not feel pain), but it is now the norm to use analgesics for all the procedures. However, anesthesia is almost never used.

A BRIEF HISTORY OF CIRCUMCISION

10,000 BC: Aboriginal tribes in Australia introduce circumcision as a puberty rite.

6,000 BC: Circumcision (male and female) is a common puberty rite in northeastern Africa and the Arabian peninsula.

600 BC: Circumcision becomes common among Jewish people, based on God's command to Abraham to circumcise himself and his sons (book of Genesis).

550 AD: Christian Church begins celebrating Jan. 1 as the Feast of the Circumcision (of Christ).

570 AD: The prophet Mohammed is born "already circumcised," giving rise to practice of circumcision among Muslims.

1740s: Because syphilitic sores are often found on the foreskin, physicians begin practising circumcision as a preventive measure.

1975: Canadian Paediatric Society says circumcision is an "obsolete" and "mutilative" operation that should not be routinely performed.

1996: Canadian Paediatric Society reaffirms that circumcision "should not be routinely performed."

1999: American Academy of Pediatrics says circumcision should not be done routinely but it is acceptable for "cultural, religious and ethnic" reasons.

2012: American Academy of Pediatrics says benefits of circumcision outweigh risks but decision should rest with parents.

German rabbi faces charges amid legal confusion over circumcisions
May 1, 2018 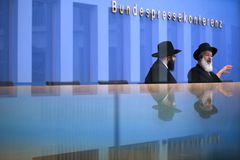 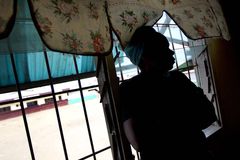 A fringe benefit of circumcision: prostate cancer protection
May 11, 2018 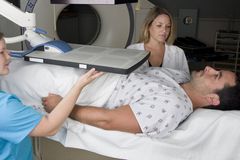