I'm worried that my teenage daughter is spending too much time on Snapchat, Instagram and other social media. Is this stuff bad for her mental health? And should I be thinking about taking away her cellphone?

It may sound counterintuitive, but simply taking away her phone is probably not the best thing to do.

Although social media poses a potential risk to some vulnerable individuals, it also holds the promise of readily available antidotes, says Dr. Carolyn Boulos, a child and adolescent psychiatrist who treats youth at Sunnybrook Health Sciences Centre in Toronto.

She says social media tools can be used to build supportive communities among people with shared interests or similar medical issues. What's more, there's now a host of mobile apps to help treat various conditions including depression, anxiety, poor sleep and much more.

"If they are feeling uncomfortable or anxious, they can pull out their cellphone to look at an app that offers ways to relax – such as breathing exercises or even watching dog videos," says Dr. Boulos, who is also an assistant professor at the University of Toronto's medical school.

Dr. Boulos often recommends mental-health apps to her patients such as Headspace, a free meditation app that could help them manage anxiety.

This approach gives patients "more autonomy and another tool to help themselves," says Dr. Boulos.

Dr. Niraj Mistry, a Toronto pediatrician who recently completed an assessment of anxiety-related apps for the Ontario Telemedicine Network, adds that "apps are definitely a way to augment care in between health appointments." (Dr. Mistry's work with the network includes app reviews, which are available online, so physicians can make informed recommendations to their patients.)

Before considering these options, it's worthwhile reviewing what the scientific evidence says about the effects of social media on mental health.

So far, studies haven't definitively shown that the use of social media can cause depression or other mental-health disorders, says Dr. Boulos. However, she adds, if a young person already has an underlying mental-health problem, then this type of activity could make it worse.

Among her patients, Dr. Boulos recently noticed that Facebook use has declined, while photo-sharing sites such as Instagram and Snapchat have soared in popularity.

The growing emphasis on images, which can be digitally altered, represents a troubling trend. "Youth are interpreting the world according to what they see on social media. People are being judged more and more on how they look," says Dr. Boulos. This could have negative implications for kids with low self-esteem.

"Those who are socially anxious or depressed may feel even worse when they see people out there apparently having a fantastic life," she adds.

A British study of 1,500 youths, aged 14 to 24, found that Instagram and Snapchat were the forms of social media most associated with the possible development of low self-esteem, poor body image, lack of sleep and feelings of being left out.

Social media also provide platforms for cyberbullying at an unprecedented scale – hurtful images and words can potentially go viral. The risk of "internet addiction" is another concern, interfering with school work and sleep.

So, rather than take away your daughter's cellphone, Dr. Boulos suggests having a conversation with her that lays out your concerns – whether they are about getting adequate sleep, her performance at school, or potential effects on her self-esteem. Ask your daughter for her input on how to deal with these issues, such as setting a reasonable time to stop using screens or curtailing her activity on Instagram. Dr. Boulos says engaging youth in creating their own limits will increase the chance they will adhere to them.

"Discussing ahead of time, rather than demanding the phone, helps decrease arguments as the parent can refer to the previous agreement of a particular time," she explains.

But for this strategy to work, Dr. Boulos says parents must serve as good role models, which can be a tall order considering that our attachment to cellphones cuts across generations.

"If you want your kids to do something different, then you have to set the example," she says. "You have to go for a walk and sit down to a meal with kids without a cellphone next to you."

Paul Taylor is a patient navigation advisor at Sunnybrook Health Sciences Centre. He is a former health editor of The Globe and Mail. You can find him on Twitter and online at Sunnybrook's Your Health Matters 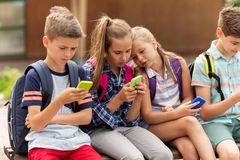 Your smartphone is making you stupid, antisocial and unhealthy. So why can’t you put it down?
January 6, 2018 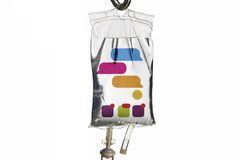