Researchers have found a way to predict autism at a younger age, which will enable critical interventions to occur much earlier in a child's life.

A year-long study at the Hospital for Sick Children in Toronto is the first to sort through variations within genes and invent a new technique for identifying which genetic variations are most likely to cause autism.

By looking at all the available genetic data on autism – the genomes of 3,000 North American and European families – the scientists figured out a formula for calculating the genetic probability that a person has autism spectrum disorder.

The genes that contain variations that lead to autism are turned on during prenatal development. "We've stumbled upon the core group of genes that is necessary for human cognition," said Stephen Scherer, senior scientist at Sick Kids Hospital and lead author of the study published Sunday in Nature Genetics.

Because the findings suggest that autism genes are active early in the development of the brain, they will help address the clinical demand for a diagnostic test for very young children.

As many as one in 68 children are diagnosed with autism spectrum disorder, most after the age of four, but the sooner the intervention, the better the outcome for these kids.

Everyone has genetic variations, called mutations among scientists, but researchers have had difficulty determining which variations lead to autism. To overcome this obstacle, the autism research community compiled a list of autism risk genes, or genes that exist in many unrelated people with autism but that don't generally exist in people without autism. There are so many possible variations within these listed genes that, unless an identical and known variation is found, it's impossible to know what impact this variation will have with respect to autism. Current genetic diagnostic testing considers around 100 genes but we don't know exactly what autism symptoms these genes are associated with.

For example, SHANK3 is a gene that is often involved in autism testing. If there is a mutation in one area of the gene, it will cause autism – but if a mutation occurs in another area of the same gene, it won't.

"That's the big enigma in the field," Dr. Scherer said.

To try to solve the problem, they started looking for patterns in known autism risk genes. "We didn't look at the gene as an entire unit," he said. They focused on exons, the protein-coding parts of genes.

"It's those segments of genes that are turned on very early in brain development and are very highly evolutionarily conserved – those are almost always found to be involved in autism," he said.

"We're going to try to develop this into a tool that clinicians that use – and that will happen in the next year," said Dr. Scherer.

The findings are already attracting interest from other researchers like Lineagen, a research-based genetic diagnostic company based in Salt Lake City.

"We are very interested in talking to Sick Kids and Dr. Scherer about incorporating his findings into our current diagnostic testing," said Lineagen president Michael Paul.

"[Dr. Scherer is] one of the pre-eminent researchers in the autism genetics field," said Dr. Robert Ring, chief science officer at Autism Speaks.

Dr. Ring says there are no medicines for the core symptoms of autism, which are repetitive behaviour and difficulty with social interactions and communication. Two antipsychotic drugs, originally developed for schizophrenia and bipolar disorder, are sometimes used to treat associated symptoms of autism. "The good news for families here is the activity in this area [drug development] is growing every day," says Dr. Ring.

A similar research approach could be used to discover genes that cause other conditions involving cognition, like schizophrenia or intellectual disability, but autism had the advantage because of the large amount of existing genetic data. 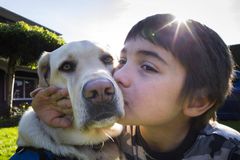 Facts & Arguments
My son’s autism has created a silence louder than words
May 11, 2014 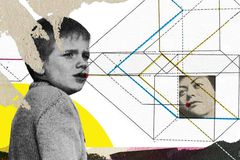