Certain antidepressants are linked to a doubled risk of aggression and suicidal thoughts and attempts when taken by young people, but drug companies haven't reported the extent of those dangers, according to a new study published in the BMJ.

In light of the new evidence, the study's authors are suggesting doctors scale back prescribing antidepressants to young people, particularly as more research suggests they are no better than a placebo in some patients.

Published clinical trials often contain few details about negative side effects or poor outcomes, according to the study's authors. So they set out to fill in some missing holes by analyzing the raw data used to complete antidepressant clinical trials. They focused on five selective serotonin reuptake inhibitors (SSRIs) and serotonin-norepinephrine reuptake inhibitors (SNRIs): Cymbalta, Prozac, Paxil, Zoloft and Effexor.

The researchers found numerous cases where suicides, suicide attempts, hostile behaviour and other serious side effects were improperly recorded or simply not disclosed.

In one case, an adult patient taking Pfizer's Effexor attempted suicide by strangulation and died in a hospital five days later. Even though the death occurred during the clinical trial, the drug company reported it as a "post-study event" because the individual had stopped taking Effexor due to the suicide attempt. Three other suicides, all among adults, were similarly misclassified, the authors said.

They found similar discrepancies between the recorded patient outcomes and the clinical trial summaries on Eli Lilly's website. For instance, the online summaries mention only two suicide attempts among patients taking Prozac, but the patient records show that 20 patients attempted suicide – 14 were on Cymbalta, three on Prozac and three in the placebo group. Similarly, the online summaries only listed 10 instances of aggressive behaviour, even though patient records show there were 25.

Based on their assessment, children and adolescents taking those five antidepressants face a doubled risk of suicidal tendencies and aggressive behaviour. But the researchers state that the true extent of the risk is unknown because of the incomplete reporting and lack of available data from drug companies.

He said that all study information, including clinical study reports and anonymized patient data, must be made publicly available to avoid these serious problems.

Because of the potential risks, the study's authors conclude that there should be "minimal use of antidepressants in children, adolescents and young adults."

But Marshall Korenblum, psychiatrist-in-chief at Toronto's Hincks-Dellcrest Centre, said the new study has serious flaws and that the evidence is not sufficient to justify a blanket warning against prescribing antidepressants to young people.

For instance, the study didn't distinguish between mild and severe depression, even though people with major depression are more likely to consider suicide, regardless of medication. The study also didn't indicate whether patients were suicidal before the study began and how that changed over time, which could have a major impact on the results. All of the completed suicides identified by the study's authors involved adults. Overall, the risk of serious side effects such as suicide among youth taking antidepressants remains low.

Depsite the shortcomings, Dr. Korenblum said the new study raises serious concerns over the accuracy of published clinical trials and the potential underestimation of the dangers of prescription drugs.

"Maybe our decisions and our judgments about medications are not accurate because we're not getting the full story," he said.

The debate over the risks of antidepressants in children and teens has been raging for years. In the early 2000s, regulators – including Health Canada and the U.S. Food and Drug Administration – issued warnings about the potential suicide risks of relatively new SSRIs and SNRIs in young people.

But that doesn't mean a sudden lack of availability of antidepressants led to more suicides among young people. A commentary published in the New England Journal of Medicine last October notes that after the warning, the number of clinically diagnosed cases of depression in young people also declined, suggesting that fewer children and teens were reporting symptoms or getting any medical attention.

Some researchers even dispute the effectiveness of antidepressants. For instance, a 2013 review published in the Journal of the American Medical Association found that in people with mild to moderate depression, antidepressants were no more effective than a placebo. However, in patients with severe depression, the medication appeared to work.

GSK, which sells Paxil, and Pfizer, which sells Zoloft and Effexor, did not respond to interview requests. Eli Lilly declined an interview. In a statement, a company spokesperson said the "medical issues" with its antidepressants have been addressed and that no regulatory authority has ever determined that the company withheld data. 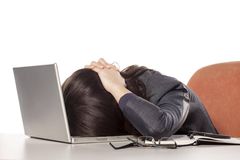