Unless your diet includes only foods labelled non-GMO (genetically modified organisms) or certified organic, you are probably eating GM foods. Whether that's a bad thing is a matter of ongoing debate. Here's what you need to know about GMOs and GM foods.

What is genetic engineering?

In most cases, the new gene gives the organism a useful trait. Genetically altered crops are more resistant to disease, pesticides, cold temperatures and/or drought. GM corn and soybeans, for example, have been given genes from Bacillus thuringiensis (Bt), a bacterium that produces proteins that kill insects. These GM crops are able to produce the same toxic proteins and protect themselves from disease-causing insects.

What are the benefits of GM foods?

Depending on the crop and the introduced trait, GM crops can also benefit the environment by reducing pesticide use.

Genetic engineering can also give plants qualities that affect their shelf life, taste or nutritional profile. Some soybeans, for instance, have been modified to produce healthier oil.

Golden rice, genetically modified to contain high amounts of beta-carotene, has been developed as a potential way to combat vitamin A deficiency in poorer countries.

Besides salmon, are other GM animal foods in the food supply?

No. The AquAdvantage salmon is the first animal food to be allowed in the U.S. food supply. (It's not expected to arrive in American grocery stores for at least two years.)

Health Canada has not yet approved any GM animal foods. But that doesn't mean it won't.

Scientists at the University of Guelph have genetically engineered a line of Yorkshire pigs, which have been submitted for regulatory approval from Health Canada and the U.S. FDA. The pigs excrete up to 70 per cent less phosphorus in manure than regular pigs, making them more environmentally friendly. (Phosphorus can pollute streams, rivers and lakes, killing off marine life.)

Which foods in Canada are genetically modified?

Food ingredients that come from GM crops include cornstarch, caramel colour, high fructose corn syrup (HFCS), sugar, maltodextrin, dextrose and lecithin are added to thousands of foods. (It should be noted, though, that when a GM crop is processed into certain ingredients such as HFCS, sugar or corn oil, virtually all of the DNA and protein – including the engineered gene – is eliminated.)

Genetically modified papaya and zucchini are approved for import from the United States. So is GM cottonseed oil, which may show up in cereals, breads, potato chips and snack foods.

Arctic apples, approved in March, 2015, and expected to reach Canadian grocery stores by late 2016, are genetically altered so they don't turn brown when sliced.

Are GM foods safe to eat?

The potential health risks of GM foods remain theoretical. Opponents of genetically engineered foods contend they could give rise to allergies and antibiotic resistance and question their long-term safety to human health.

According to numerous regulatory agencies and scientific bodies, including Health Canada, the U.S. FDA, the European Food Safety Agency and the National Academy of Sciences, there is no evidence that GM foods pose any health risks to people.

Yet, there are no continuing epidemiological studies investigating the potential health effects of long-term GMO consumption. (Since GM foods are not labelled in North America, such a study is impossible to conduct.)

Do GMOs pose a threat to the environment?

It's possible that crops engineered to tolerate pesticides could breed with weeds and lead to the development of so-called superweeds, which would require increased pesticide use.

Contamination of organic and conventional crops with GMOs, harm to insects that are not pests and loss of plant biodiversity are among other environmental concerns.

How are GM foods regulated in Canada?

Health Canada regulates the approval and sale of GM foods through the Novel Foods Regulation. Companies that wish to bring a GM food or GM crop seed to market are required to submit detailed scientific data to Health Canada, whose scientists then assess if the food is safe and won't harm the environment.

How can I avoid eating GM foods?

In Canada (and the U.S.) GM foods are not required to be labelled unless the introduced gene poses a safety concern from allergens or a change in nutrient content. (GMO labels are mandatory in the European Union, Australia, New Zealand and Japan.)

Companies can, however, voluntarily label foods as "GMO-free or "does not contain GMOs." If you want to avoid GMOs, you can also buy certified organic foods, which cannot be grown or produced with GMOs.

If you are unsure about a food, call the manufacturer to ask if GMOs are used to produce it.

My husband became a vegan and wants me to prepare animal-free meals for our kids. What should I do?
March 23, 2018 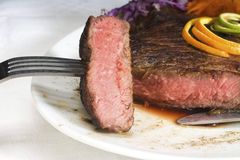 Why the EU should reconsider its GMO ban Subscriber content
May 15, 2018 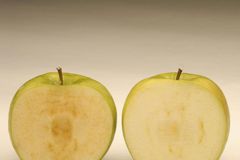