On a Tuesday in late October, Wayde van Niekerk headed into an operating room in Vail, Colo. The 25-year-old South African 400-metre runner, who shattered a 17-year-old world record en route to gold at the Rio Olympics in 2016, had torn his anterior cruciate ligament during a celebrity rugby match, putting his upcoming season – and perhaps his career – in jeopardy.

Two days later, he sent out an optimistic tweet: "Successful op done and dusted! Rehab already started. Ready for the hard work ahead."

Van Niekerk's vanishingly small post-injury rest period is typical of the aggressive return-to-play strategies practiced by professional athletes and sports teams. When every day on the sidelines represents lost dollars, there's strong incentive to hurry back from injury by starting rehab as soon as possible – despite the fact, says Monika Bayer, a postdoctoral researcher at the Institute of Sports Medicine Copenhagen in Denmark, that "there has been very little scientific evidence obtained through human clinical trials to support this approach."

So Bayer and her colleagues decided to find out whether early rehabilitation really is helpful after sports injuries – and to test the idea in ordinary amateur athletes who don't have dedicated medical teams following them around. The results of their study, which was published this fall in the New England Journal of Medicine, suggest that the real danger following some types of sports injury isn't resting too little – it's resting too much.

The researchers followed 50 patients who suffered thigh or calf muscle injuries while playing sports such as soccer and tennis. All were assigned to a standardized 12-week progressive rehab program; the only difference was that half of them started two days after their injury, while the other half started nine days after their injury.

The disparity in outcomes was striking. In the early rehab group, it took a median time of 62.5 days before they were cleared to return by a tester blinded to which group they were in. The median time in the delayed group was 83 days. Putting off rehab for one week had somehow lengthened their injury time by three weeks.

Bayer and her colleagues are still trying to isolate the exact cause of this dramatic difference. They suspect that connective tissue like tendons, rather than the muscle itself, is most sensitive to periods of immobility, causing inflammatory changes at a cellular level. Those tissues are also the slowest to repair themselves once rehab starts, creating a double whammy of negative effects.

Of course, prematurely loading an injury can cause even more serious problems. Bone fractures or complete tendon tears have to be treated with considerably more care to allow healing, Bayer says. But for muscle and tendon injuries of the type investigated in the study, a little bit of pain isn't necessarily a reason to back off – as long as it stays mild to moderate and doesn't worsen as you do the rehab exercises.

"We think it is crucial to educate patients that loading with mild to moderate pain in the first days after injury is acceptable and does not worsen the initial damage," Bayer says.

In the end, the results confirm that pro athletes like van Niekerk – as well as those who promptly seek out a doctor specializing in sport – have been doing the right thing.

"The results are expected by those in sport medicine," says Ian Shrier, a sport-medicine physician in Montreal and past president of the Canadian Academy of Sport and Exercise Medicine. "But that is based on theory. It's nice to see the study done."

The challenge now is getting that message out to everyone else. For recreational athletes, Bayer says, "Common clinical practice is often to wait until pain decreases before commencement of exercise." That's sensible, prudent – and wrong.

Bouncing back from a muscle injury

Researchers in Denmark prescribe a 12-week rehab program starting two days after injury. During each phase, gradually increase the load while keeping pain below 5 on a scale of 0 to 10.

Week 1: Static stretching three times a day for 30 seconds at a time.

Weeks 2-4: Isometric exercises (no movement during the muscle contraction), once a day.

Alex Hutchinson's new book, Endure: Mind, Body, and the Curiously Elastic Limits of Human Performance, will be published in February. Follow him on Twitter @sweatscience 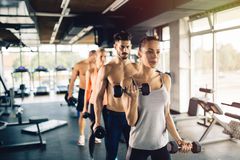 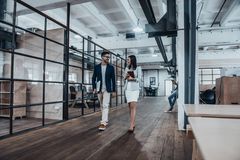 Video: Want to lose that gut? The Globe's Dave McGinn has three tips from his effort to trim down
2:17
April 7, 2017
Follow Alex Hutchinson on Twitter @sweatscience
Report an error Editorial code of conduct
Due to technical reasons, we have temporarily removed commenting from our articles. We hope to have this fixed soon. Thank you for your patience. If you are looking to give feedback on our new site, please send it along to feedback@globeandmail.com. If you want to write a letter to the editor, please forward to letters@globeandmail.com.
Comments are closed