Studies regularly overestimate the prevalence of depression, using inaccurate measures of the disorder, according to a new research paper. As a result, they may give doctors and policy makers a distorted picture of the actual demand for treatment and health-care resources, the authors warn.

In an analysis published in CMAJ on Monday, the authors found many studies, including large ones published in reputable journals such as JAMA, provided rates of depression that were exaggerated by two or three-fold.

"No one gains by coming up with inaccurate and exaggerated estimates," says lead author Dr. Brett Thombs, a professor in the department of psychiatry at McGill University. "What we do need to understand is what the burden is out there, how many people [have depression], and then we need to really advocate strongly to make sure those people get better care."

Thombs, who is a senior investigator at the Lady Davis Institute of Montreal's Jewish General Hospital, emphasizes that many individuals who have depression do not get the care they need. "But by somehow suggesting that we need to be treating two to three times as many people as really are out there, that's not going to help us find the right people and do a better job treating them," he says.

For their analysis, Thombs and his team reviewed 25 studies, published between Jan. 1 and March 14, 2017, and found the majority of them based their estimates of depression rates on self-reported screening questionnaires, which do not accurately identify individuals who suffer from the disorder. Only two of the studies based their numbers on diagnostic interviews, which are considered more precise.

Screening questionnaires are designed to cast a wide net, identifying which individuals may require further testing to determine whether they have depression, Thombs explains. The idea that only proper diagnostic methods can be used to identify depression was once widely understood in the field, Thombs says. "Now, we're seeing, not just increasingly, but the bulk of the studies out there that estimate the prevalence of depression are using these questionnaires."

Dr. Andrew Bulloch of the University of Calgary, who was not involved in the CMAJ analysis, says the results of the analysis are not surprising. Epidemiologists, including himself, understand that screening questionnaires are designed to be oversensitive, he says.

"But for the general physician out there or perhaps some health-care service providers, this could be an important message," says Bulloch, who is a professor of community health science and psychiatry.

For the best estimate of the national rate of depression in Canada, Thombs refers to a 2015 study, co-authored by Bulloch, which uses data from Statistics Canada's Canadian Community Health Study – Mental Health. That study put the past-year prevalence of major depressive disorder at 3.9 per cent. By comparison, several of the studies Thombs and his team reviewed reported rates of depression far higher. One JAMA meta-analysis on depression among medical students, for instance, found 27 per cent of participants from 183 studies had depression, while the sole study included in the meta-analysis that used validated diagnostic interviews reported a prevalence of 9 per cent.

Research that overestimates the prevalence of depression can have several consequences, Thombs says. First, he says, "People who are trying to address the mental-health needs don't have a good idea of what it actually is, how to direct resources."

Second, he says, it could lead to overdiagnosis. Practitioners in family-health settings may follow researchers' lead in using the screening questionnaires to make diagnoses, he says, or they may assume they should be finding the same rates of depression within their own practice.

Should I take away my daughter’s phone for the sake of her mental health?
January 9, 2018 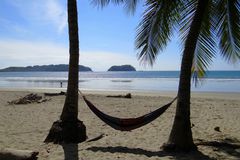