A comprehensive new report published on Thursday in the Lancet aims to settle the long-brewing debate over the benefits of statins, which are designed to lower cholesterol.

According to the authors, too many misleading claims are being reported in the media over the risks of statins, while the drugs' benefits are regularly underestimated, a trend that represents "a serious cost to public health."

The conclusions run counter to the opinion of some in the medical community who suggest that statins are not particularly effective and are overprescribed.

For instance, an analysis published last year in the Expert Review of Clinical Pharmacology journal stated that while statins lower cholesterol, they do not seem to have a big impact on reducing rates of cardiovascular disease. The authors also suggested that proponents use a "deceptive approach" to "create the appearance" that statins are highly effective.

Canadian researchers published a study in 2014 that linked statins to a higher diabetes risk, while a 2013 study in the JAMA Internal Medicine journal found that statins are tied to a serious muscle condition and pain.

Given the vastly different takes on such a popular class of drugs, what does this mean for the many Canadians who take statins or have elevated cholesterol?

Statins are a common class of medications used to lower cholesterol in hopes of decreasing an individual's risk of a heart attack or stroke. Some of the most common statins include atorvastatin, better know by its brand name, Lipitor, and rosuvastatin, sold under the brand name Crestor.

According to a January report from Statistics Canada, statins are among the most frequently prescribed drugs in the country and represent the leading cost to provincial drug programs, totalling nearly $2-billion a year.

While they are widely prescribed, reports of side effects and questions about their effectiveness have led some to wonder whether statins are worth it. As mentioned, some studies and reports have linked statins to myopathy, a muscle disorder characterized by pain and weakness; diabetes; memory loss; and even hemorrhagic stroke.

At the same time, many medical experts continue to insist that statins are an important, potentially life-saving tool and that the risks are being overblown.

The authors of the new report conducted an extensive review of the existing evidence to determine, once and for all, the benefits and risks of statins.

They point out that many of the studies suggesting heightened risks had design flaws.

For instance, some of those studies were observational in nature, meaning that patients knew they were receiving treatment and researchers followed them over time to study the impact. The problem with observational studies is that patients on statins were likely made aware that they may cause muscle pain – which could lead some people to attribute aches and pains to the drug, even if the medication was not the cause.

And while some research has found that statins may be linked to hemorrhagic stroke, the authors say the overall risk is small and far outweighed by the fact that statins are known to reduce the overall rate of stroke.

Specifically, the authors say that among 10,000 patients taking statins over five years whose low-density lipoprotein (LDL) cholesterol was lowered by two millimoles per litre (mmol/L), the drug may cause five to 10 hemorrhagic strokes and five cases of myopathy. Conversely, among that same group, the drugs could prevent heart attacks, ischemic strokes and coronary artery bypasses in 1,000 people with pre-existing disease and 500 people who have not suffered a cardiac event, but have risk factors.

To put it another way, for every mmol/L reduction in cholesterol due to statins, there is a 25-per-cent decrease in the rate of heart attacks, strokes and other cardiovascular events.

Where the experts disagree is on what those reductions mean in the real world.

Salim Yusuf, a professor of medicine at McMaster University in Hamilton and one of the authors of the review, called the 25-per-cent reduction "substantial." And patients may be able to take other drugs, eat a healthier diet and become more physically active to further reduce that risk.

But to James McCormack, a professor in the faculty of pharmaceutical sciences at the University of British Columbia who focuses on the appropriate use of medication, the results are not as rosy. While 25 per cent sounds good on paper, it does not translate to as dramatic a decline as some may think.

Assume an individual has an 8-per-cent risk of having a heart attack some time in the next 10 years. Cutting that risk by 25 per cent would reduce that overall risk to 6 per cent. Some people may think that justifies taking a statin over the long term while others would disagree.

The challenge, Dr. McCormack said, is the debate over statins has become too heated, with one side trying to convince the other that statins are good while the other says they are not worth the risks. A better way, he said, would be to simply present the pros and cons to patients and have them work with their health-care provider to determine the best course of action.

There's no one-size-fits-all solution when it comes to statins. And that is where the debate should end.

Your pharmacist's secret weapon: How your DNA can help perfect your medication
February 14, 2016 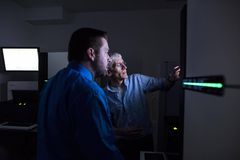