As summer gives way to fall, health-care professionals will urge every Canadian over six months old to get a flu shot. They will emphasize vaccinating certain populations, such as children, pregnant women and First Nations people, whom they consider more susceptible to complications from influenza. Indeed, the American Academy of Pediatrics recently released its annual warning, hitting all the same cautionary notes about those vulnerable groups.

But a new Canadian study, sponsored by the World Health Organization, suggests that some populations thought to be more prone to severe illness stemming from the flu are anything but, and that other groups are at greater risk.

Researchers at McMaster University in Hamilton, Ont., examined 239 observational studies conducted between 1918 and 2011 and found that children under five years old, pregnant women and native peoples have historically not suffered excessive complications from the flu. Conversely, new mothers and obese people – two populations not typically regarded as high-risk groups – were found to be more prone to suffering severe outcomes.

While the findings are not likely to change the position of public-health agencies, they are significant because they could influence how officials prioritize who should be first in line for a flu shot in the case of a vaccine shortage or pandemic.

Dr. Dominik Mertz, lead author of the study and an assistant professor of medicine at McMaster, said the high priority for flu shots given to vulnerable groups appears to mostly be based on assumptions and on a handful of studies that at one time or another showed the groups to be at risk. "But when you lump all the studies together, we didn't find any evidence" that these groups were more vulnerable, Mertz said. "Policy-makers and public-health organizations need to recognize the poor quality of evidence that has previously supported decisions on who receives vaccines during an epidemic."

The study, published online in the journal of the British Medical Association, considered severe complications from the flu to include death, admission to hospital, admission to intensive care units and care involving a ventilator.

The Public Health Agency of Canada (PHAC) estimates the flu and its complications send about 20,000 people to hospital each year, and kill between 2,000 and 8,000 of them. Pinpointing the number of flu deaths is difficult because, while many people succumb to illnesses associated with influenza, such as pneumonia, it is not always clear whether they had the flu.

The National Advisory Committee on Immunization, which makes recommendations on flu-related policy, collects statistics on deaths and hospitalizations annually, but not all provinces are required to report. Between August, 2012, and April, 2013, the most recent time span for which data was collected, provinces reported 4,486 flu-related hospitalizations, including 899 children, and 315 deaths, including six children.

Stéphane Shank, a spokesman for PHAC, said the agency's National Advisory Committee on Immunization would review McMaster's study for further discussion and consideration.

While flu viruses are constantly changing and flu seasons are unpredictable, experts are not anticipating the sort of pandemic that hit in 2009, making the need to prioritize flu shots in Canada unlikely this coming winter.

In some cases, the McMaster findings reinforced the conclusions of earlier research.

For instance, it noted that obese people – those with a body-mass index of 30 or higher – were three times more likely to die of influenza than non-obese people. That gelled with an earlier study, published in 2011, that suggested overweight people benefit less from the flu vaccine than those of normal weight, and that decreased immunity correlated with a higher body-mass index.

Dr. Andrew Simor, an infectious disease expert at Sunnybrook Health Sciences Centre in Toronto, cautioned against reading the McMaster results as debunking current designations of vulnerable populations. "It doesn't mean the risk factors that we currently rely on are wrong," Simor said. "We just don't have strong evidence to support them."

"If we're going to make public health prioritization, they should be based on high-quality evidence. At the moment, there is a lack of evidence," he added.

Unlike shots for the measles or polio, which when given during childhood protect for a lifetime, flu shots must be taken every year. Even then, they do not offer complete protection. Some research suggests the shot cuts the risk of disease only by half.

The reason the vaccine's effectiveness can be erratic is that the influenza virus mutates much more quickly than most other viruses, so immunity from one strain does not protect against another.

That leaves scientists and drug manufacturers making what amount to educated guesses every year as to what strains should be included in the seasonal vaccine for the following flu season, which typically runs from November to April.

There are three strains that commonly circulate in North America – H1N1, H3N2 and Influenza B – and this year's vaccines are designed to protect against them. Roughly 10 million doses of vaccine will be available in Canada, according to PHAC. 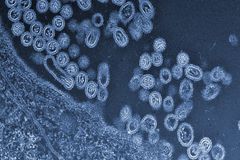 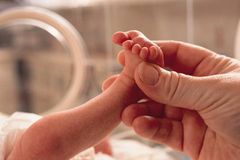