A young woman looking for liquid courage walks up to a bar and orders something stiff: bourbon on the rocks. But if she is at home, just chilling with friends, chances are she will switch to wine or beer.

Drinkers aged 18 to 34 tend to choose different types of alcohol for a specific buzz, according to a study published on Tuesday in the online journal BMJ Open.

In a survey of nearly 30,000 young adults from 21 countries, 59 per cent said spirits boosted their energy and confidence, while 43 per cent associated the tipple with sexiness.

To relax, 53 per cent of young adults would pour themselves a glass of wine, with beer the next choice at around 50 per cent.

Just 20 per cent said a spirit-laced drink would help them unwind. In fact, nearly a third of respondents – 30 per cent – ticked the box linking spirits with feelings of aggression (compared to 7 per cent for red wine).

Most people drink alcohol seeking positive effects, said the study's co-author, Mark Bellis, director of policy, research and international development at Public Health Wales. "They're looking for the energy, the confidence – feeling sexy." Unfortunately, he said, "it's not always the case that that's what people get."

Bellis and co-authors used data from the 2016 Global Drug Survey, the world's largest online survey of legal and illicit drug and alcohol use in adults.

The goal was not to prove that beer makes people groggy, or that rum turns people into rageaholics. Rather, the researchers focused on the emotional associations with alcohol that may guide drinking preferences.

All drinkers in the survey had imbibed a full range of alcoholic beverages – spirits, beer, red and white wine – within the previous year. But their feelings about alcohol varied by sex and drinking levels.

Men were significantly more likely than women to associate aggression with all types of alcohol.

Women were more likely to report all emotions – other than aggression – when drinking alcohol.

Problem drinkers, compared to those at low risk, were five times more likely to feel "energized" from drinking; on the flip side, six in 10 said they had felt aggressive from drinking in the past 12 months

As heavy drinkers go down "a slippery slope," Bellis said, they may experience increasingly positive emotions from drinking, "but they're equally seeing much higher levels of those negative emotions."

Bellis and co-authors emphasized that their findings might not apply to drinkers over age 34, or other population groups. In a discussion of the study's limitations, they noted that the analysis was based on people's recollections of how they felt under the influence of alcohol.

Various factors may influence people's associations with alcoholic beverages, the authors said. Advertising images often set the tone, whether it is a smoky-eyed Jessica Alba sipping Campari, or a voluptuous Kim Kardashian standing out from the crowd in an emerald green dress to match her Midori liqueur.

Social norms may play a role as well. "People might drink spirits in shots deliberately to get drunk quickly," Bellis said. But they rarely chug bottles of Cabernet.

Moreover, spirits have a higher alcohol content. "People get that rush," he said, "and of course it damps down the consideration of the repercussions of some of the actions they might take."

In 2014, alcohol consumption accounted for 5 per cent of the global burden of injury and disease.

Previous research has shown that people's expectations about how they will feel after using alcohol may affect whether they start to drink, become regular drinkers or dependent on alcohol.

"A lot of the sales of alcohol depend on creating [an] emotional relationship with the product," Bellis pointed out.

Reminding people of the emotional downsides of alcohol use through public-health campaigns could help curb problem drinking, he said, "so that people are not overly swayed by just the positive messages, which perhaps they watch or listen to every day." 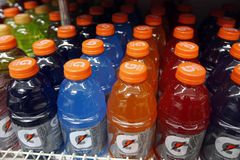 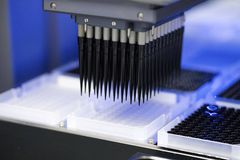