Nearly half of two-month-olds have a flat spot on their head, a condition known as plagiocephaly, a new study has found.

The study, to be published in the August, 2013, issue of Pediatrics, involved 440 infants from four community health centres in different quadrants in Calgary, and is the first population-based study on this topic in Canada.

It found that 46.6 per cent of infants at the ages of seven to 12 weeks had some form of flat spot on their head. Of those babies, 63.2 per cent had flattening on the right side, and 78.3 per cent had a mild form of the condition.

"These aren't infants that have anything else wrong with them, so that was the piece that was pretty shocking," said Aliyah Mawji, who did the study as part of her PhD research at the University of Calgary.

Mawji said the evidence shows there's been an increase in plagiocephaly since a big campaign in the 1990s that encouraged parents to place infants on their backs to sleep, called "Back to Sleep," an effort to prevent sudden infant death syndrome. The campaign has dramatically decreased the instances of SIDS.

But when babies go to sleep, they may roll their head to one side or another, which Mawji said is normal, but requires an extra step from parents.

"If you're laying your infant to sleep on their back and they are turning their head to the right for whatever reason, you need to make sure that the following night, you're making a concerted effort to turn the head to the left to balance out the pressure that's being put on the head," she said.

There is no evidence currently that plagiocephalies cause lasting damage to children, but they have been proven to delay infants from reaching developmental milestones at normal times, even though they usually catch up again at 18 months.

Some cultures value shaped heads. Mawji said she observed groups wrapping flat stones to infants' heads when she was living at the Pakistan-China border.

But some parents may have an issue with their infant having a flat spot on their head for cosmetic reasons. This issue can cause forehead protrusion, forehead flattening, ear displacement relative to the other ear, and chin deviation where the infant's chin points either to the right or left.

There is also reason to suggest that permanent disfigurement of a child's facial features "may have adverse psychosocial implications" that may put them at "increased risk for teasing and bullying during school years," researchers wrote.

"The reason we want this type of awareness out there is because if we're not trying to prevent the condition and nobody really is catching it at an early stage, it gets really tough to reshape the infant's head once they get older," Mawji said.

Treatment involves cranial orthotic devices, helmets that forcibly change the shape of the skull. They're worn by infants for up to 23 hours a day and are not covered by provincial health care in Calgary. A helmet can cost around $1,400 and some infants will need a second if they grow out of their first.

There are steps new parents can take to avoid this issue.

First and foremost, parents should monitor how their newborn is sleeping so they can adjust their head position if necessary. It's recommended parents alternate which way the child is facing in their crib as many infants like to look toward the door – alternating them every night will ensure equal pressure on both sides.

Parents should also limit the amount of time children are in devices that put pressure on their head, including car seats and bouncy swings.

One of the most important steps a parent can take is ensuring their infant gets plenty of time on their tummy, which aids in developing arm, neck and shoulder strength.

"What we tell parents is even when they're only about a week old, after every diaper change, put them on their belly for a few minutes," Mawji said.

The study is specific to Calgary and doesn't necessarily take into consideration practices across Canada. Mawji said she is continuing to research the topic.

"My best guess would be that my results would actually be an underestimation in some parts of Canada and the U.S.," she said. 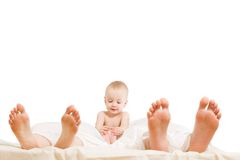 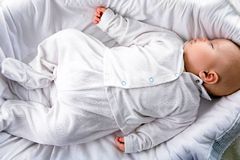 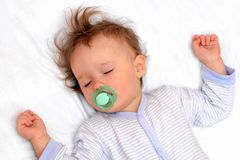