Suicide is contagious among young people, new Canadian research shows, highlighting the need for broad-based responses that reach out to all schoolmates of victims.

Adolescents who either went to school with or otherwise personally knew an individual who died by suicide were much more likely to seriously contemplate or attempt suicide, says the study, published Tuesday in the Canadian Medical Association Journal. The researchers – who based their findings on a Statistics Canada survey of more than 22,000 Canadian youth – found that students were more likely to have suicidal thoughts or actions if they went to school with an individual who died by suicide, rather than if they personally knew someone else who did, such as an adult. They believe that could be because suicide among peers has a stronger effect.

The study's findings are significant in that they provide strong proof of the idea that an individual's suicide can lead to "copycat" suicides, said Ian Colman, Canada Research Chair in mental health epidemiology at the University of Ottawa and lead author of the study. It also suggests that school-based responses to suicide should be aimed at all students, not just those in close proximity to the deceased individual, he said.

"Broader interventions are probably a good idea instead of focusing on high-risk groups," Dr. Colman said.

Although there is still some stigma around the subject of suicide, particularly as it relates to young people, there is growing recognition of the need for proactive prevention strategies as well as more inclusive responses in the aftermath of youth suicide, said Ian Manion, executive director of the Ontario Centre of Excellence for Child and Youth Mental Health.

"It has to be a whole community approach," said Dr. Manion, who is also a clinical psychologist.

While the study is an important call to action, Dr. Manion warns against hitting the "panic button" because there is no evidence that youth suicide rates are actually rising across Canada. It is clear, however, that many young people may be struggling with suicidal thoughts, which is why a pro-active strategy is so key, he said.

"There are a lot of young people who suffer in silence who don't necessarily take their lives," he said.

One of the study's most striking findings is that it didn't matter how well a student knew a schoolmate who died by suicide. Simply attending the same school is linked to an increased likelihood that some classmates will contemplate or attempt to end their own lives.

"This kind of suggests it doesn't matter how close you are," Dr. Colman said. "It's just the idea of suddenly being confronted with a suicide in your peer group. [It] can have a real dramatic impact."

Researchers examined data from Statistics Canada's Canadian National Survey of Children and Youth between 1998-1999 and 2006-2007. The survey questioned youth between ages 12-17 and included a follow-up assessment conducted two years later. More than 22,000 adolescents were involved in the survey.

The survey asked students whether they knew someone or went to school with someone who died by suicide. It also asked if they had ever seriously considered suicide or had actually attempted it. They found that knowing someone, even tangentially, who died by suicide is a risk factor for some young people.

The study also found the effects of knowing someone or going to school with someone who died by suicide are long-lasting. In the two-year follow-up, many adolescents exposed to suicide reported suicidal thoughts or actions.

The findings are a wakeup call that highlight the need for greater attention to the problem of suicide among young people, Dr. Colman said. The study found that about one-quarter of students report being exposed to a suicide by the time they reach 16 or 17, which is a "huge" number, he said. 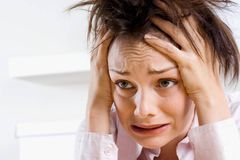 Can puppies and ponies help veterans’ mental health?
May 8, 2013 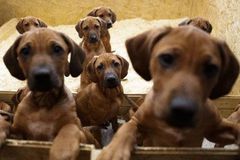