You've got far too much on your plate, but it seems you're only subsisting on coffee and fingernails. You're taking seven courses at school, you work to pay your tuition, and take care of your siblings and aging parents. You wish you could get off the hamster wheel, but you fear that the second you do, the wheel will spin out of control and everything will fall apart.

But jumping off and occasionally turning your back on conflicting responsibilities may be the best way to deal with them, according to a study published in the July issue of the Journal of Occupational Health Psychology. The study, which tracked 178 undergraduate students over the course of three years, was completed by University of Toronto researchers Bonnie Hayden Cheng and Julie McCarthy.

"Our intuitive notion of avoidance is that it's counterproductive, you're running away from your problems," said Cheng, who studies organizational behaviour. "Yet, when we looked closer, we're seeing that there's different types of avoidance."

Cheng explained that some people may wish their problems would magically disappear. This wishful thinking can be counterproductive and make things worse because they're still thinking about the problem, she said. But taking an active mental break from responsibilities is beneficial. Worrying and addressing problems head-on all the time can also lead to increased stress levels and a crash-and-burn scenario where people are physically and mentally unable to tackle challenging situations.

"The key is regardless of the strategy you're using, you're completely distancing yourself mentally from these thoughts of work, school, family. Giving your mind a break allows you to return to your problems with a fresh perspective and renewed energy," said Cheng.

She added that ways to take a mental break vary for different people. She had research subjects for whom running did the trick, but there were others who could only think about work while they exercised. For some, a nap was the perfect prescription, but for others, it led to little more than stressful tossing and turning while attempting to doze off. Activities that engage the brain, like reading or crossword puzzles, may be an effective way to stop ruminating about daily stressors, said Cheng.

Almost 6.5 million Canadians over the age of 15 reported experiencing a lot of, or extreme, stress in a 2012 Statistics Canada survey. The number of stressed Canadians has stayed consistent for four years. These are people who, like the students in the University of Toronto study, manage multiple career and family responsibilities. Studies show that high stress levels can have devastating effects, including heart disease, strokes and high blood pressure.

Scott Watter, an associate professor at McMaster University who specializes in cognitive and brain research, said that even though the University of Toronto study only looks at undergraduate students, the results could probably be applied more broadly to the general Canadian population.

Learning to take one's mind off daily tasks may be challenging at first, said Watter, but it is something that could get easier over time with practice.

"You have to mentally control what you're going to pay attention to and push those things out and deliberately think about other things for a while," he said. "It's something that takes some degree of mental attention and concentration. It's not something that's necessarily easy to do."

TIPS FOR TAKING IT EASY

Dr. Su-Ting Teo, director of student health and wellness at Ryerson University in Toronto, offers some tips for taking a mental break from daily responsibilities:

1. The best way to take a mental break is to engage in sports and physical activities, said Teo. "You've got social connections.… It also helps you with energy, concentration and overall feelings of well-being."

2. Naps are effective, but can be difficult for people who are not used to shutting everything off, including lights, cellphones and television, to sleep during the day.

3. For those who are unable to sit or lie down and just let their minds wander on to relaxing thoughts, Teo recommends mindful meditation. It involves going through a series of steps where you close your eyes, and think about tightening and then relaxing muscles in successively different body parts moving from the head to the toes. It works because it "engages the mind and body."

4. Listening to music can be helpful. Leisurely reading and watching television provide less of a mental break because those activities use the same eye muscles as when people are working. They provide too much stimulation for taking breaks as the mind still has to process a lot of information.

Overwhelmed and stressed? Take these 7 steps to improve your mental and physical health
April 30, 2013 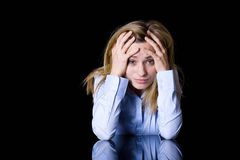 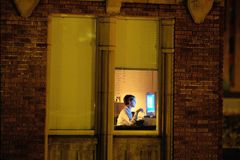 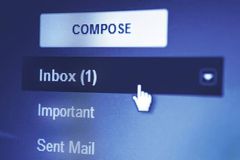