In Canada, it is illegal to pay a woman to give birth to a child that is not her own. Yet, hundreds of surrogacies take place every year. Here, three women tell Alison Motluk why they do it. 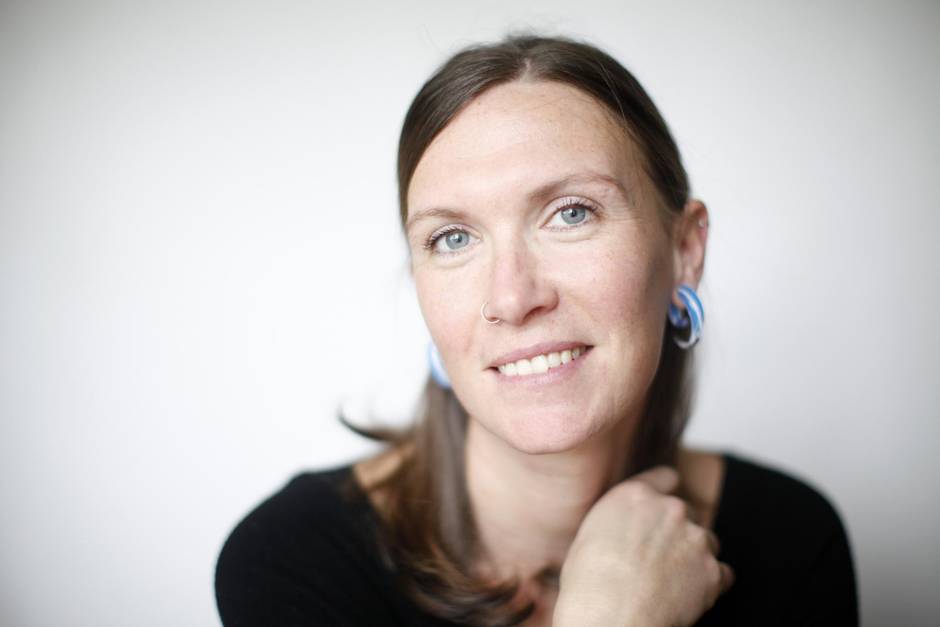 Lorman, 32, is a home daycare provider in Victoria, B.C. She was a surrogate in 2015. (Chad Hipolito/For The Globe and Mail)

I loved being pregnant. We had a boy and a girl, so our family was done, but I didn’t feel I was done having babies. When a suggested post came up on Facebook from CFC [Canadian Fertility Consultants, an agency], I got in touch. It took a year to convince my husband.

I filled out a profile with CFC. It involved a conversation with the intake support worker. We talked about key issues, like prenatal testing, selective reduction, abortion, how many embryos I was willing to transfer. Two days later, I got an e-mail introducing me to a Toronto couple, and we were told to chat by e-mail to see if we were a good fit. We e-mailed a dozen times that first day. We decided to move forward.

We got along well. It was mostly an e-mail relationship. They had one embryo left from their own IVF attempt, made from her egg and his sperm. The frozen embryo was shipped to Victoria and the transfer was done here. They came out to meet me and my kids before the transfer and again for the 20-week ultrasound and for the birth. It was a textbook pregnancy and a quick birth. It was a home birth – something I’d always wanted to try. They were a bit anxious about that. I am planning to carry a sibling for them in 2017.

The people at the agency were wonderful advocates. My case went smoothly, so mostly where they helped out was with the reimbursements – I’m uncomfortable talking about money. They also have amazing retreats for surrogates. We got together and shared our stories. There was a spiritual aspect to it. We all supported each other. After the birth – my husband is in the navy and he had to ship out that same day – a surrogate from Nanaimo drove down with a huge container of chili, a loaf of banana bread and craft kits for my kids.

I was most apprehensive about the meds. I live a natural lifestyle. Taking hormone medications was a downside. But I wasn’t actually affected that much.

The looks on the parents’ faces when they held their baby for the first time.

The child to me is a really special friend’s baby. I am proud that I had the ability and spirit to bring that beautiful life into the world. I felt the same way I did with my own kids, but without the bond that comes with raising and nurturing them. This wasn’t my baby. I had no attachment, no desire to be this child’s mom. But I’m in touch with the parents and get to watch her grow up.

The biggest thing to understand is that these aren’t our babies. I’m not giving away my baby – I’m carrying somebody else’s baby and giving it back to them once it’s born. 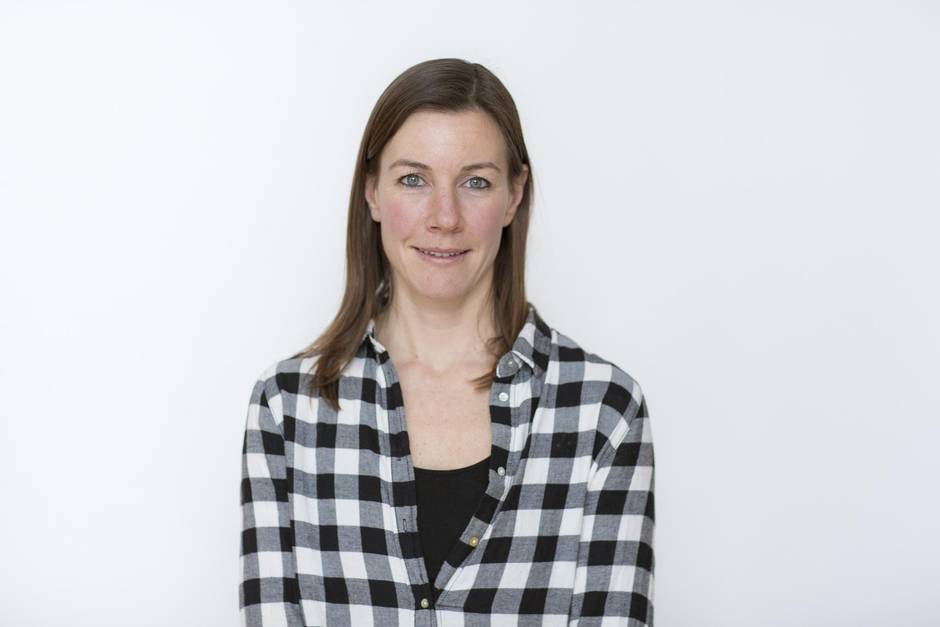 It was something I’d always considered doing. I had had four easy pregnancies.

One day, I just clicked on a website and set up an online profile. I didn’t feel great about meeting people on the Internet. But the two dads lived in Calgary at the time, so I contacted them. We met online in March, 2013, e-mailed for a few weeks, then met in person. The contract was signed in October, 2013. When I first told my husband, he said, ‘You did what?’ I didn’t mention it until after I’d already been in touch with them by e-mail. He’s pretty easy-going.

It wasn’t my intention to give them my egg as well, but they needed an egg donor and I had eggs. This was so much easier. It also meant no fertility drugs, which had been my biggest concern about being a surrogate. But because I was a 'traditional surrogate’ – meaning using my own eggs – the clinic wouldn’t take us. So we used the at-home turkey-baster method.

By this time, the dads had moved to Nova Scotia, so I had to text Trevor [one of the dads] when I thought I was ovulating. The first three times we tried sending the sperm by mail but that didn’t work. After that, he decided to fly out to Calgary. I don’t have predictable cycles, so I used ovulation predictor kits and general guesswork. He flew out twice. That second time, the time I conceived, he left after work, arrived in Calgary at 10:30 p.m., and literally got to to our place at midnight.

All my kids had been born at home, but at first Rick and Trevor weren’t comfortable with that. I was okay with a hospital or birth centre, but I have quick labours and we live outside the city. The baby was due in January. The midwives felt I’d be safer at home than giving birth by the side of the road. They helped the dads come around. Baby Hudson was born quickly and the dads didn’t manage to get there in time. My husband actually delivered their baby for them.

Remembering to share things with Rick and Trevor. It was my fifth pregnancy, so it wasn’t new or exciting for me – but it was for them. They’d e-mail and ask how things were going. Or ask me to send a picture of my belly.

It’s now – seeing that he’s with them, exactly where he’s supposed to be.

Handing him over was way easier than I thought it would be. He was conceived with the intent of being someone else’s baby. It’s different from giving a baby up for adoption. I like seeing photos. I feel a little more pride than when I look at pictures of my friends’ kids.

Our family has six kids – four biological, one foster child, and a foster child we’ve now adopted. The biology of it is not an issue for me. We told the kids from the beginning that we were growing a baby for someone else and the baby would go live with them. They have a very broad view of things.

You don’t get paid. People kept asking me that. You can’t pay people in Canada. You are allowed to be reimbursed for pregnancy-related things. I got reimbursed for maternity clothes, mileage to doctors’ appointments, home-birth supplies, legal fees, a will. Some people charge for food, but I figured I was going to eat anyway. Some people charge for their telephone, but I already had a phone; it wasn’t costing me anything extra to call them. 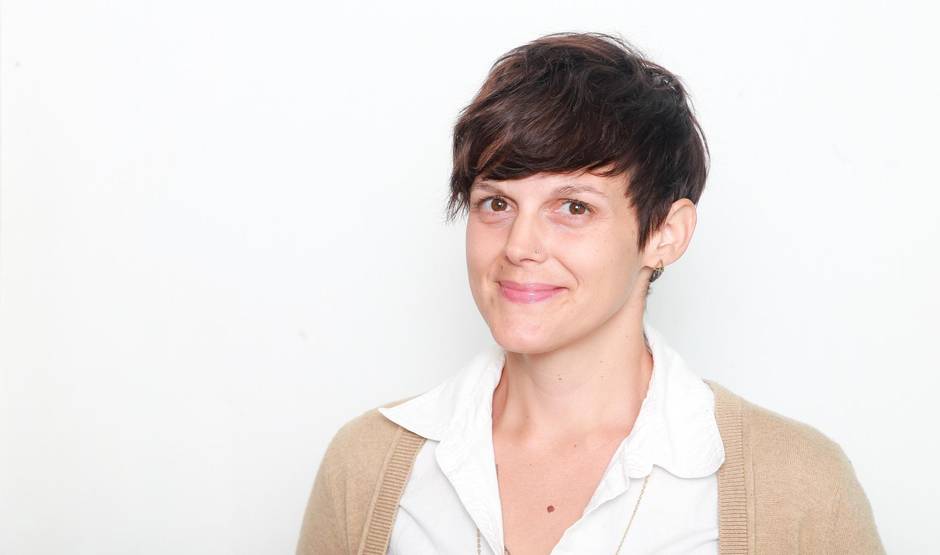 Jarvis, 39, is a small business owner in St. Catharines, Ont. She has been a surrogate four times. (Glenn Lowson/For The Globe and Mail)

It took me a year to conceive one of my kids. I realized not everyone is able to do it. A friend of mine was a surrogate, and I had never really thought of it previously. It was just something you saw in movies. But I fell in love with the idea instantly.

I use a website called surromomsonline. It’s like surrogate classified ads. The parents all find me. I get bombarded, actually. This time, I had to take my profile down after just four days. I had 50 couples e-mail me, including a single woman in the United States who offered an immense amount of money – I think it was $80,000 – but she made it clear she wanted nothing to do with me after the surrogacy. I’m not doing it for the money. If I’ve gone that far to create a child for their family, I would love to see the child grow.

My 2008 surrogacy was the only live birth so far. It was wonderful. It was for a straight couple. After the birth, I breastfed the baby for five days, then I pumped and shipped them breast milk for a month and a half. As the baby got older, I’d visit, and it was awesome. They made me feel welcome. Now, we are only in touch through Facebook.

The 2007 surrogacy was for a gay Australian couple. Their embryos were poor quality. We also tried intrauterine insemination once and it didn’t work. Then we tried turkey baster once, but it was too weird.

The financial part. It’s weird. What’s fair? As long as I’m not out of pocket and my personal time away from my job is covered, I’m okay. As long as I’m breaking even.

Having the baby. The day in the hospital giving birth and watching them and their reaction. Them having this life I helped create. It was an amazing feeling.

We call her a cousin. My kids are still very interested in photos.

From the time you meet till the time you have the procedure done, there’s a lot of hoops. Then when you’re pregnant there’s the duress on your body and travel to appointments. It’s a lot of work.