Parents: If you don't want your teens to drink and drive, don't drink and drive with them in the car. Sure, it sounds like a flashback from the 1970s, before widespread public-health efforts to curb drinking and driving, enforce seatbelt-wearing – and, yes, discourage smoking in cars with children – took off.

But a new paper in the journal Pediatrics may have you abstaining the next time you drive to a restaurant or family dinner. Teens who ride in a car with an impaired driver (a peer or an adult) are "significantly more likely to drive while impaired," compared to those who report never riding with an impaired driver, according to the authors.

Researchers used longitudinal data from an American study called the NEXT Generation Study, which started with Grade 10 students in the 2009-2010 school year. The data covered the same cohort of students as they passed through grades 10, 11 and 12.

Bruce Simons-Morton, one of the researchers, told Reuters Health that looking at the two behaviours together "reflects the true risk," he said. "When you do that, you see a relatively high proportion – about 30 per cent in our study – reported either driving while intoxicated or riding with an intoxicated driver within the last three years," he said.

And tracking the students over time revealed that not only was there a relationship between being in a car with a drunk driver, but the more times it happens, the more likely the teen was to pick up the behaviour him- or herself.

"The magnitude of the association kind of gets one's attention," Simons-Morton told Reuters.

Simons-Morton and his colleagues referred to previous research suggesting "the social norms of novice teenage drivers" are influenced by both parents' and peers' driving habits, including speeding and even crashes.

While the data collected didn't specify whether the adolescents were travelling with parents or peers, the authors made a point of urging positive role modelling of parents and adults in preventing drunk driving.

"The primary issue is not driving or riding with an intoxicated driver," Simons-Morton said. "You want to plant the important message in your teens' heads."

(One other factor in play: The earlier a teen gets their licence, the more likely they are to drive while intoxicated – but researchers admit that this may be "simply a product of opportunity," they write, "...or if there is something about those who get licensed early, such as a general pattern of precocious behaviour or a lack or parental supervision, that also contributes to the likelihood of DWI.")

Recent Centre for Addiction and Mental Health statistics suggest that on some of these measures, dangerous behaviour is on the decline.

Four per cent of Ontario high-school students with a G-class driver's licence said they had driven a vehicle within one hour of consuming two or more drinks (down from 7 per cent in 2011) and 18 per cent of students reported being a passenger in a car driven by someone who had been drinking in 2013, a figure that has declined over the past decade.

And while the Pediatrics paper did not look into driving while under the influence of drugs, CAMH, which has been tracking high-school alcohol and drug use since 1977, found that, in 2011, 14 per cent of students had driven with someone who has been doing drugs. One in 10 licensed students reported driving a car within one hour of smoking cannabis – a stat that troubled the addiction researchers.

"The number of students who report using cannabis and driving has remained the same in recent years, which tells us that students do not take the potential dangers of driving while under the influence seriously," said Dr. Robert Mann, CAMH senior scientist and principal investigator Ontario Student Drug Use and Health Survey. "The public health messages around the dangers of drinking and driving seem to have had an impact on our youth, but the same can't be said for cannabis use, which is worrisome." 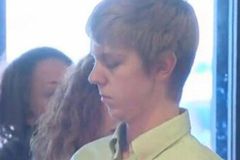