We've all seen the list of things pregnant women shouldn't do: Eat soft cheese, consume alcohol, go in a hot tub. Maybe that list should be extended to all women of reproductive age.

At least, that seems to be in keeping with the logic of recent advice from the U.S. Centers for Disease Control and Prevention. In case you haven't had a chance to read (or roll your eyes at) the new guidance, the CDC is now recommending that all women of reproductive age who drink alcohol and don't want to become pregnant take birth control. And anyone who wants to become pregnant should cut out alcohol altogether.

Alcohol poses serious risks during pregnancy. There is no known safe amount. And some women don't find out they are pregnant until they are several weeks along.

But in reality, this message is a form of dangerous and unnecessary fear mongering that will, in all likelihood, make matters involving alcohol and pregnancy even more confusing and contentious than they already are.

According to a 2009 Statistics Canada survey, nearly two-thirds of Canadian women said they drank alcohol in the three months before they became pregnant. Of those, 10.5 per cent consumed alcohol during pregnancy, the vast majority doing so infrequently.

National clinical guidelines on pregnancy and alcohol published by the Society of Obstetricians and Gynecologists of Canada state that drinking during pregnancy is known to cause fetal alcohol spectrum disorder. Those same guidelines note there is insufficient evidence about the risks associated with low levels of alcohol intake.

That doesn't mean light drinking during pregnancy is risk-free. But it's a difficult issue to study. To do so would involve asking pregnant women to drink various levels throughout their pregnancy and then wait to see how it affects the child. Ethically, that is impossible. So the best available advice is to avoid it altogether.

Suggesting that all women in their childbearing years should avoid alcohol unless they are on birth control is an entirely different message. One that is problematic on several levels:

The dangers of "abstinence or else" messages

The CDC did not respond to an interview request, but the backlash against its new guidance was so strong that principal deputy director Dr. Anne Schuchat tried to set the record straight in an interview with the New York Times late last week, stating the intention was to "empower" women with information about the risks of alcohol consumption and pregnancy.

However, the draconian message urging women to abstain from alcohol for decades of their lives unless they are on birth control poses a serious risk of its own.

We already know that the majority of women drink before conceiving. Some will drink before they realize they are pregnant. Delivering the message that this is going to cause irreparable harm to their unborn child means that many women may no longer feel comfortable talking to their doctors about their alcohol use. They will be too ashamed to admit they had a few glasses of wine before finding out they were pregnant. They may even start to tune out some of the important public health messages about limiting alcohol intake during pregnancy.

"I don't think it's a doable thing," Dr. Jan Christilaw, provincial vice-president of maternal and newborn health at B.C. Women's Hospital, says. "I think it's going to do more harm than good."

Dr. Jennifer Blake, CEO of the Society of Obstetricians and Gynecologists of Canada, agrees the new messaging could have unintended consequences. She says women who want to become pregnant should take the opportunity to improve their overall health, which includes evaluating their alcohol intake, but should be able to do so without feeling shamed.

"We have guilt sticking to mothers like lint sticks to black," she said. "I think we have to take the pressure off."

An issue of accessibility

Not everyone can afford birth control. Dr. Christilaw said research shows that women who rarely use reliable birth control tend to be the poorest. To hand out blanket advice that women in their 20s or 30s should use contraception if she plans on having a drink ignores that reality.

Taking the focus off pregnancy

Nancy Poole, prevention lead for the CanFASD Research Network, suggests an alternative solution. Instead of focusing so narrowly on pregnancy and alcohol, all Canadians should take a long, sober look at their drinking patterns.

Last week, Canada's chief public health officer released a report that sounds the alarm about the health dangers of drinking – as well as the fact so few Canadians understand those risks, which include a variety of cancers. The report also notes that most Canadians grossly underestimate how much they drink (i.e., a glass of wine is five ounces, or about 148 millilitres, not nine, or 266 mm, as some restaurants would have you believe).

Part of the disconnect is that, until recently, little effort has gone into warning Canadians about the dangers of drinking. In fact, it was only in 2011 that Canada's national low-risk drinking guidelines were published.

If more women made sure their drinking habits were aligned with those recommendations, the health risks would decrease – including any risks associated with drinking before seeing that positive pregnancy test. 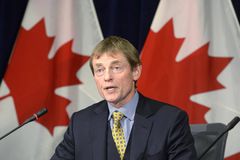 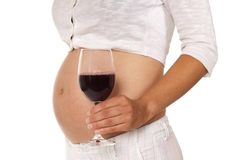