It's a thing you notice about the people who came through the SARS crisis of 2003. Survivors, responders remember the outbreak in exquisite detail.

Malik Peiris, a Hong Kong microbiologist who helped find the virus responsible for the outbreak, was out for Valentine's Day with his wife when a contact from the World Health Organization called to talk about rumoured illnesses in China's Guangdong province.

Lena Stewart knows April 1, 2003 was a Tuesday, the day she worked a nursing shift at Toronto's North York General Hospital with a SARS-infected colleague and caught the virus that changed her life.

Dr. Donald Low, one of the leaders of Toronto's SARS response, recalls poring over patient charts at North York General throughout the Victoria Day weekend, recognizing with a welling sense of dread that a disease Ontario had declared licked a few days earlier was actually still spreading among health-care workers and hospital patients.

Ten years on, the six-month outbreak of severe acute respiratory syndrome – a name chosen deliberately for its acronym, SARS – is as etched in the memories of the people who lived through the crisis as it is in the annals of medical history. An incredible saga, SARS ended lives and decimated some afflicted families. It made some careers and destroyed others.

While many people who were infected recovered completely, a fair number in Toronto and in other outbreak settings suffer long-term physical consequences of the disease or of the treatments used, says Paula Gardner, a clinical psychologist at St. John's Rehab, now a division of Sunnybrook Health Sciences Centre. Gardner, who has studied the long-term effects of the disease on Toronto SARS cases, says PTSD is not uncommon among SARS survivors, especially those who were health-care workers.

SARS was ignited in southern China.

For weeks in late 2002 and early 2003, Internet rumours suggested something worrisome was happening in Guangdong, where restaurants served a dizzying array of exotic animals for diners who valued wild meat. Civet cats and other such delicacies were later identified as having served as conduits for a virus that originated in bats. But those pieces of the puzzle only fell into place later.

By early February, the WHO was getting concerned, having received an anonymous email about a mystery infectious disease that had already killed 100 people. Chinese authorities acknowledged an unexplained pneumonia outbreak but said it was subsiding. That proved to be untrue. And in the third week of February, SARS went global.

A Chinese doctor who had treated pneumonia patients travelled to Hong Kong, where he stayed in Room 911 of the Metropole Hotel. His stay was brief – he went from the hotel to a hospital and later died. But during his time in the Metropole, Liu Jianlun infected a dozen other guests. They took the virus into hospitals in Hong Kong and to Vietnam, Singapore, the United States, Ireland and Canada.

In fact, two Canadians were infected at the Metropole – a man who brought the disease to Vancouver and a woman who carried SARS in her lungs to Toronto. The Vancouver man was quickly isolated and did not spark an outbreak. But Toronto's luck was different.

The woman, Sui-chu Kwan, died at home on March 5, cared for by her family. On March 7, her son, Chi Kwai Tse, was brought to Scarborough Grace Hospital by ambulance. Despite the efforts of paramedics, he was struggling for breath. He died six days later.

"You cut the lawn front and back? I'll cut the front lawn one day and the back lawn the next day. It just wears you out," he explains.

The March 7 event seeded SARS into the network of Toronto area hospitals. People infected at Scarborough Grace took the virus to other facilities, setting off a chain of transmission that was only broken four months later. But in early March, Toronto didn't even know there was a problem at hand, let alone that it was spreading in the city's hospitals.

On March 12, the WHO issued an extraordinary global alert, reporting cases of what it called atypical pneumonia in China, Hong Kong and the Vietnamese capital, Hanoi. It urged countries to treat similar cases with care and to report them to national authorities.

Two days later, Ontario's ministry of health announced the unnamed disease had claimed two lives in Toronto and two more people were infected. Authorities in British Columbia revealed a 55-year-old man, the second Canadian at the Metropole Hotel, had been hospitalized in Vancouver.

As the numbers of countries afflicted and the suspected cases mounted, science began to evolve in real time, in the public eye. Health authorities struggled to contain rapidly growing outbreaks in China, Hong Kong, Toronto, Hanoi, Singapore, Taiwan and Thailand. The WHO jumped in to name the disease before headline writers came up with something inappropriate or stigmatizing that might stick.

They wanted something with an easy-to-say acronym like AIDS, says Dr. David Heymann, then chief of communicable diseases for WHO and now head of the Center for Global Health Security at Chatham House, home of the Royal Institute of International Affairs in London. The descriptives used to describe the syndrome – severe, acute (meaning quick onset), respiratory – fit the bill nicely, and the name was unveiled on March 16.

Meanwhile, the WHO quickly pulled together experts from around the world to help with the response, forming virtual networks to look for the causative agent – thought to be a virus – and where it came from in nature.

On March 19, the WHO announced two laboratories – one run by Peiris, the Hong Kong microbiologist and another at the Bernhard Nocht Institute in Hamburg, Germany – had detected particles of virus in samples taken from SARS patients. It would prove to be a hitherto unknown coronavirus.There were points when it seemed the virus might not be controlled. The fear was that it would gain a permanent foothold among humans, spreading regularly like flu or measles or HIV. "It certainly seemed to be going from strength to strength," Peiris remembers.

But slowly, the combination of quarantining people exposed to the virus, isolating people sick with it and – most crucially – ensuring health-care workers had the protective gear to keep them from becoming infected began to pay off. Afflicted centres began to announce they had stopped transmission, including Toronto.

In mid-May, Ontario lifted its state of emergency, declaring SARS done. Health-care workers were told they no longer had to wear the respirators that protected their airways. Within days, sick hospital staff started arriving at emergency rooms for care. A second wave of infections was off and running.

"I really thought that when we had the second wave at North York (General Hospital), I was afraid it was out of the bag and that we were going to be chasing our tails and be finally remembered as the SARS epicentre for North America," Low recalls. "That was a very discouraging time."

Respirators went back on, containment efforts resumed and Toronto's response beat down the outbreak completely. On July 2, four months and five days after SARS first entered a Toronto hospital, the WHO removed Toronto from the list of SARS-affected locations. And on July 9, the agency declared the outbreak over worldwide. The new disease was vanquished.

SARS claimed 44 lives in Canada. Globally, it is estimated that 916 people died, 11 per cent of the people who were infected. A total of 438 Canadians – a mix of probable and suspect cases – likely had SARS. The official WHO count only lists probable cases; its final tally suggests 8,422 people were infected with the disease. 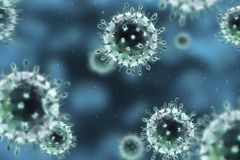 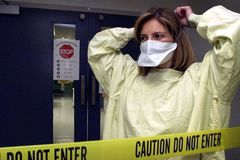