Jaclyn Law is a freelance writer and editor in Toronto.

Today, I feel solidarity with Selena Gomez. Disney didn't make me a star and I've never dated Justin Bieber, but the 24-year-old singer and I have something in common: an incurable disease called lupus.

On Tuesday, Gomez cancelled the remainder of her Revival Tour, including two concerts in Atlantic Canada, citing lupus-related health issues. "I've discovered that anxiety, panic attacks and depression can be side effects of lupus, which can present their own challenges," she said in a statement. "I want to be pro-active and focus on maintaining my health and happiness and have decided that the best way forward is to take some time off."

Lupus is notoriously hard to diagnose. There is no single test for it. Symptoms are unpredictable and often confused with those of other illnesses, so it can take months, even years, to confirm a diagnosis. Symptoms also vary widely (it's often said that lupus patients are like snowflakes; no two are alike), but common problems include extreme fatigue, painfully swollen joints, fever, headaches, chest pain, sun-sensitive skin and anemia. Clinical depression is also common, and many people experience cognitive symptoms, including the muddled mental state we call "lupus fog."

People with lupus often look perfectly healthy. I appreciate being able to choose when and where I disclose my illness, but I'm also aware that, too often, the disease isn't taken seriously. Online lupus communities and blogs are filled with cringe-inducing stories of people with lupus being told, often by well-meaning friends and even physicians, that their symptoms are all in their head. (Ninety per cent of lupus patients are female. Coincidence? I think not.)

If you haven't heard of lupus until now, that's not surprising. It isn't a rare disease – Lupus Canada estimates that one in every 1,000 Canadians has it, and the Lupus Foundation of America says five million people live with lupus worldwide. Despite the numbers, lupus awareness is weak compared with that of other serious illnesses. This has often been attributed to the fact that lupus is widely viewed as a "women's disease" (the majority of those who have it are female, and symptoms usually develop during the "child-bearing years" of 15 to 44).

The other reason for the low profile? A lack of star power. Gomez isn't the first celebrity to go public with a lupus diagnosis – Toni Braxton, Kristen Johnston and Nick Cannon have talked about their struggle with the disease, and Lady Gaga has revealed that she "tested borderline positive" for it – but her youth and pop-culture prominence are helping to shine a megawatt spotlight on what seems, all too often, like an obscure disease. The singer has also stepped up as a lupus advocate, donating proceeds from her Revival Tour ticket sales to the Alliance for Lupus Research.

Gomez's candour about how lupus affects her mental health is also helping to beat back the stigma around depression and anxiety. Countless young people living with lupus, other chronic illnesses and mental health challenges can also look to the singer as an example of someone who is making self-care a priority – lucrative world tour be damned.

I was diagnosed with lupus more than 20 years ago, at the age of 17, after weeks of mysterious symptoms including disabling joint pain, double vision and even a seizure. My family and I had never heard of lupus. No one I knew had autoimmunity of any kind, so I felt like a freak with an uncertain future. The corticosteroids caused me to gain 40 pounds within three weeks, and it didn't help that, for a brief period, I had to use a walker to get around my house.

It would have done wonders for my self-esteem to know that a celebrity like Selena Gomez also had lupus and was supporting research for a cure. While I would hesitate to foist the role of "role model" on anyone, I'm grateful to Gomez for sharing her struggle with the world. 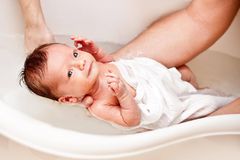