Right now, there are thousands of Canadians taking a variety of prescription medications who have no idea they could suffer a potentially serious side effect because of what's in their fridge.

Eating a grapefruit or consuming its juices while taking certain medications could lead to gastrointestinal bleeding, kidney failure, depressed breathing and sudden death, warns a new paper in the Canadian Medical Association Journal. More than 40 drugs, including anti-cancer agents, heart drugs and central-nervous-system drugs used to treat pain, schizophrenia and other conditions, can lead to significant problems if people on them consume grapefruit.

To make matters worse, many patients and even doctors and pharmacists aren't aware of the risks, according to the new study, published Monday.

"I think it's a lot more common than has been reported," said David Bailey, a scientist at the Lawson Health Research Institute in London, Ont.

Bailey rose to international prominence in the early 1990s as the first researcher to discover that grapefruit causes potentially harmful interactions with some medications. In recent years, Bailey has noticed the number of drugs that can interact with grapefruit has been rising, yet patients don't appear to be getting sufficient, or in some cases, any warning. He felt compelled to publish a new paper that could urge health-care professionals to make these potentially deadly interactions a priority to communicate to patients.

"We just basically feel it's more urgent right now," Bailey said. "This is what we're trying to do, is change the emphasis by saying this is a 'need to know.'"

The number of drugs that can lead to major adverse events if mixed with grapefruit has risen from 17 in 2008 to 43 in 2012, a sign of an alarming trend, Bailey said.

Grapefruits contain chemicals called furanocoumarins, which cause important changes in how the body metabolizes, or breaks down, drugs. All humans have an enzyme in the gut called CYP3A4 that, in the past, helped protect humans against toxins in plants that were once part of our diet, Bailey said.

Certain orally administered drugs are metabolized by CYP3A4 before going into the bloodstream, meaning their "bioavailability," or the proportion of active ingredients that goes into circulation, is reduced. For instance, the bioavailability of blood-pressure drug felodipine is only 15 per cent.

The problem is that the furanocoumarins found in grapefruit inactivate or inhibit the enzyme, meaning certain drugs are no longer metabolized in the gut and enter the bloodstream at full capacity. That means if people take one tablet of high-blood pressure drug felodipine on a day when they ate a grapefruit, it's actually like they're taking five tablets.

"This is what we call 'unintentional overdosing,'" Bailey said.

And unintentional overdosing as a result of grapefruit interactions can lead to devastating consequences. For instance, several cancer drugs including crizotinib, lapatinib and sunitinib, as well as the heart drugs amiodarone and quinidine, can cause a heart problem that may result in sudden death. If mixed with grapefruit, some cholesterol-lowering medications known as statins, including Lipitor and Zocor, can lead to rhabdomyolysis, the breakdown of muscle that causes large amounts of protein to be released into the bloodstream and can lead to acute renal failure.

It doesn't take much grapefruit to cause an interaction. Even drinking one glass can inhibit the enzyme and lead to serious side effects. Bailey highlighted the fact that it also doesn't matter when in the day you eat a grapefruit or drink the juice; it will still interfere with drug metabolization hours after the fact.

Although grapefruit is the most well-known, some other citrus fruits contain furanocoumarins, notably Seville oranges, limes and pomelos, but they aren't as well-studied.

Undoubtedly, serious side effects caused by the interaction between medication and grapefruit are a common occurrence in countries such as Canada, Bailey said. But these issues aren't being tracked and too few health professionals are aware of which drugs could lead to adverse reactions if mixed with grapefruit.

Bailey said the problem is likely due to the fact that doctors, pharmacists and other health professionals have so much medical information competing for their attention. Grapefruit interactions may not be at top of mind. But he's hoping to change that in order to stop preventable drug interactions.

"It's really all about how do we protect the person on the street," he said.

Grapefruit or its juices can interact with more than 85 drugs, according to a new study in the Canadian Medical Association Journal. Of those, 43 have the potential to cause serious, possibly even fatal, side effects. Here is a sampling of some of the drugs that can interact with grapefruit:

Crizotinib: a drug that's used to treat certain forms of cancer. If patients on this drug eat grapefruit or drink grapefruit juice, it may cause torsade de pointes, a serious, often fatal, heart problem. It can also cause bone-marrow suppression, or myelotoxicity.

Atorvastatin: a cholesterol-lowering drug better known by its brand name, Lipitor. Patients taking this drug who consume grapefruit could exerience rhabdomyolysis, a breakdown of muscle fibres that can cause renal failure.

Apixaban: a blood-thinning drug. If mixed with grapefruit, it can cause gastrointestinal bleeding.

Oxycodone: an opioid narcotic used to treat pain and is also commonly abused. If mixed with grapefruit, it can cause respiratory depression or inadequate intake of breath, a serious condition.

Cyclosporine: an immunosuppressant drug used to prevent rejection of transplanted organs. If mixed with grapefruit, it can be toxic to the kidneys and lead to renal failure. 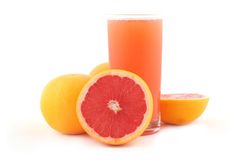 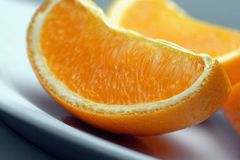 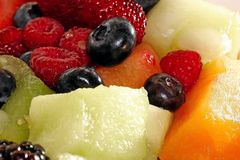