Is shaving your legs a matter of fashion or function for cyclists? When Oregon-based triathlete Jesse Thomas forgot to shave before a wind-tunnel testing session earlier this year, he realized that he had a rare opportunity for a before-and-after test to find out.

"It honestly was a total joke," he says. "None of us expected [shaving] to make much of a difference."

Instead, the reduction in aerodynamic drag was so significant that even the researchers running the test didn't initially believe it. Even more confounding was that the results contradicted earlier findings, raising a familiar question in science that goes beyond shaving or not shaving: When researchers are rewarded for originality and previous work is seldom replicated to test veracity – and doing so is often formally verboten – how do we know which study results we can trust?

Leg shaving in cycling dates back more than a century, since before women started routinely doing so, by some accounts. The original reasons are murky, but conventional wisdom holds that shaved legs recover more quickly from road rash after crashes and hurt less during massage. And of course, everyone else in the peloton does it.

"It was the fashion when I raced," as former Tour de France stage-winner Davis Phinney put it in a recent magazine interview. "It's the fashion now. Real bike riders shave their legs."

The aerodynamic benefits were generally considered a minor side-effect, more of a placebo than anything else.

The most widely cited test was a 1987 study for Bicycling magazine by engineering professor Chester Kyle, one of the pioneers of cycling aerodynamics. He found that leg-shaving reduced drag by 0.6 per cent, enough to save about 5 seconds over the course of one hour at the brisk speed of 37 kilometres per hour. At slower speeds, the savings would be less.

Given that meagre benefit, along with the fact that wind-tunnel testing generally costs at least $500 per hour, it's not surprising that no one felt the need for further leg-hair testing. But Thomas was lucky enough to have access to a brand-new wind tunnel in California built by one of his sponsors, Specialized Bicycles, which was specifically designed for the size and speed of bikes rather than cars.

The tests showed that shaving his legs reduced Thomas's drag by about 7 per cent, allowing him to exert 15 watts less power and still go at the same speed. In theory, that translates to a 79-second advantage over a 40-kilometre time trial that takes about one hour.

In comparison, the other fancy components and techniques that Thomas had flown to California to test seemed relatively minor. A new helmet saved him 2 or 3 watts, his unorthodox "praying mantis" arm position saved 5 watts, and a new long-sleeved racing suit saved another 8 watts.

The Specialized aerodynamicists in charge of the wind tunnel, Mark Cote and Chris Yu, were so surprised that they tested five more cyclists before they would let Thomas publicly reveal the findings. The results were consistent: All of them saved between 50 and 82 seconds over 40 kilometres.

Some cyclists were quick to embrace the findings, but many were skeptical. "If you believe you can reduce drag by 8 per cent simply by shaving your legs … then you're choosing to ignore the results of the previous tests," as one commentator on the triathlon website Slowtwitch pointed out.

The problem in the research community is that scientists have little incentive to duplicate earlier work just to check if it's correct. Many journals have explicit policies forbidding the publication of work that attempts to replicate previous experiments. In contrast, when the journal Social Psychology devoted a special issue earlier this year to attempts to replicate 27 "important findings" in the field, 10 findings could not be reproduced.

In this case, Cote contacted Kyle, the author of the earlier study, to ask if he had any ideas about the discrepancy between the two results. It turned out that the 1987 test involved a fake lower leg in a miniature wind tunnel with or without hair glued onto it – hardly a definitive test, and yet it was enough to persuade most people not to bother with further tests for the next three decades.

The revised results should remind us not to place too much faith in any single experiment, and to consider all findings tentative until replicated – including the new shaving findings.

They also suggest that there may be more surprises to come from Specialized's new wind tunnel. They're now testing everything from clothing tightness to, you guessed it, arm-shaving. And Cote is asking cyclists to send in ideas they've always wondered about.

After all, he says, "those nagging questions are the reason we built the tunnel."

How to get stronger (without getting bulky)
September 3, 2014 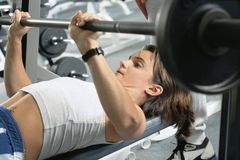