Kelly is a single mother, one among the hundreds of thousands of working-poor Canadians who simply can't afford to put nutritious food on their tables.

The Nova Scotia mother of eight children – four of whom are at home and range in age from three to 11 – earns $11 an hour, which is 60 cents above the province's minimum wage, at her 33-hour-a-week job at a daycare in her community.

"It is hard to keep things going," she says. "I don't think you know stress [like this]. I'll dish out their food and … when they are done eating, if there is enough food left over, then okay, I get supper. If not then it might be picking off of their plate, but that's how it's always been with me since I've had kids. I'd rather see the kids eat, and me go without than for them to still be hungry."

More than 1.7 million households, or four million Canadians, are affected by some level of "food insecurity," which means they can't, or they constantly worry about being able to, properly feed their families because they lack the means. That's almost half a million more than five years earlier, according to the latest Statistics Canada data.

Nova Scotia households report among the highest rates of "food insecurity" in the country, according to a Nova Scotia-based study recently published in the Canadian Journal of Public Health. And Halifax had the highest rate among big cities, with one in five households at risk.

The Nova Scotia study comes as the percentage of Canadians on minimum wage continues to climb, and amid a North America-wide debate about tying minimum wage to inflation to better address the growing concern around the issue of income inequality. As economists, academics and activists debate the causes and consequences of growing income inequality, the most basic of issues remains the ability to put food on the table – not wieners and macaroni, but nutritious food for optimal health outcomes.

"We often think that if you're employed full-time you should be able to meet all your basic needs, but our research shows that it's still a problem," says Dr. Patricia Williams, the Mount Saint Vincent University professor who co-wrote the report.

Kelly, 37, – who doesn't want her name used – suffers from anxiety and depression, as she struggles daily to provide nutritious food for her kids, scanning for deals on chicken and ground beef, and relying on the monthly food bank. On Thursday night she served her family spaghetti with meat sauce. Friday night was leftovers. Once a week, there is a hot dog and Kraft Dinner night and for another meal she will serve either chicken thighs or legs "because they are the cheapest."

According to the Nova Scotia study, a single mother with three children in the province, earning the minimum wage, will be nearly $500 in the red every month if she were to purchase nutritional food (that's after paying for other basic living costs such as rent, heat, hydro). A family of four, meanwhile, with two adults working for minimum wage, would face a monthly deficit of $44.89.

The study looked at minimum-wage data from 2002 to 2012, and used the National Nutritious Food Basket, a Health Canada measurement of 67 foods easily found in grocery stores, eaten by most Canadians and considered nutritionally balanced, to cost the food. And it concluded that the "risk of food insecurity is a critical public-health issue for low wage earners."

The effects of a poor diet are well known. Along with stress and low energy in the short term, poor nutrition over a long time period puts people at risk for obesity, high blood pressure, heart disease and stroke, and a myriad other illnesses.

Dr. Valerie Tarasuk, a professor at the University of Toronto's Department of Nutritional Sciences, has done significant research on food insecurity and the consequences for Canadians' health, and on the health care system.

"If we look at any point in time … people exposed to food insecurity are in worse health and they are less able to manage their health problems, so they are absolutely costing the taxpayer money," she says. "We can see that people who are food-insecure are more likely to report having been diagnosed with a whole range of chronic conditions."

Those conditions include, but aren't limited to, asthma, back problems, arthritis, hypertension, diabetes and depression.

In addition, she notes that children in homes that have problems putting nutritious food on the table are being set up for "problems down the road."

"Those are health problems that we – with the universal medical-care system that we've got – will continue to pay for, and they will continue to struggle with," Tarasuk says. While the primary fix for many Canadians like Kelly is food banks, Tarasuk says that's "such a misdirected effort."

"The numbers of people who are affected by food insecurity are many, many times higher than the number of people using food banks," she says. (Food banks help more than 800,000 Canadians every month, according to Food Bank Canada's report, HungerCount 2013.)

Tarasuk says that food insecurity in Canada is primarily an urban phenomenon. "That makes sense when you think about where the density of poverty in this country resides," she says, noting that there is nothing in recent data to indicate people in rural Canada are worse off.

However, there is a different story in remote northern communities, such as those in Manitoba, where Stefan Epp-Koop is the program director at Food Matters Manitoba, a charity promoting healthy food.

"There is a growing awareness of some of the real issues outside of the city as well … in northern Manitoba there is real concern in remote northern communities. There are food-insecurity rates that have been measured at 75 per cent … which I think is eight or nine times the average in the south," he says.

A recent study by Health Canada shows that northern Manitobans pay 60 per cent more than those in the south for the national nutritious food basket. Several of the communities have no food stores, defining these communities as "food deserts."

Remote communities pay one-third more than non-remote northern communities, according to the report Measuring the Food Environment in Canada.

Epp-Koop, who was consulted for the report, says many of these communities are First Nations, which are now exploring reviving old traditions, such as hunting and growing their own food.

Many experts believe that what is needed is a change in public policy. "We've got some examples of success stories that can show us the way," notes Tarasuk, pointing to Canadian seniors. Their rate of food insecurity is a fraction of what it is for people who rely on wages, she says, because they have a guaranteed income indexed to inflation and even discounts at some retail outlets. "We've got the private and public sector holding hands here to support the senior."

Last year, the Conference Board of Canada, a conservative business group, called for a national school-based feeding program to address the widespread issue of food insecurity to prevent negative, long-term education and health – and thereby, economic – impacts.

Patricia Williams agrees there must be a shift in public policy, though she is advocating for a living wage of $16 or $17 an hour.

The idea of a living wage has been around for decades – and ignored by governments. Hugh Segal, the former Conservative senator and now master of Massey College at the University of Toronto, is a proponent of a guaranteed annual income supplement as a way to reduce poverty.

"About 70 per cent of people who live beneath the poverty line in Canada are in fact working and are not earning enough to get above the poverty line, which means they don't earn enough to cover shelter, food, clothing, heat and transportation," he says.

He wants the federal government to do an "automatic top up" to fill the gap to get people up to the poverty line. He points to the success of a program for seniors in Ontario in the mid-1970s in which a guaranteed annual income supplement: Within two years, just 3 per cent of seniors were below the poverty line compared with 35 per cent when it started.

"They spent their money on better food, slightly better accommodations, on warmer clothes," Segal says. "And what did you get? You got longer life … they lived healthier, they stayed out of hospital longer and that developed a whole kind of seniors' economic contribution. … That tells us it's doable, it's sustainable." It would cost between $10,000 and $15,000 to bring a poor Canadian to the poverty line, he estimates.

As Canadians move toward a federal election next year, Segal says political parties must "come clear" about their ideas and solutions for poverty in the country. He said in the last television debate for the 2011 election, the issue of poverty was never raised. "In my view that is just an abomination," he says.

An earlier version of this article incorrectly attributed information to a Statistics Canada report. 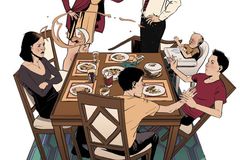 Have Your Say: How do we put healthy eating ahead of cheap and easy alternatives?
May 23, 2014 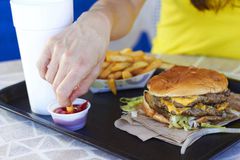 Have Your Say: How can we get the biggest bang for our giving-back buck?
May 5, 2014 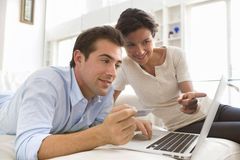