The U.S. Food and Drug Administration made a major announcement on Friday: Potentially risky ingredients in antibacterial soap are on the way out. Specifically, the agency announced that 19 antibacterial ingredients, such as triclosan and triclocarban, must be removed from hand and body washes within one year because manufacturers have failed to prove they are safe and effective.

The decision is huge, but not entirely surprising. For years, evidence has increasingly pointed to a host of risks associated with triclosan and other antibacterial ingredients – such as a link to bacterial resistance and interference with hormones.

Here in Canada, however, antibacterial ingredients are still permitted, for now. But the FDA's move is already putting increasing pressure on our government to take action.

Some companies have marketed antibacterial ingredients as a way to help prevent the spread of germs. However, there is no credible evidence to back up those claims and no proof antibacterial products work any better than plain soap and water, according to the FDA.

And more research has shown that antibacterial substances are far from harmless.

What the science says

Antibacterial agents have been linked to a number of risks, including cancer, antimicrobial resistance and endocrine disruption, which can affect how hormones function. For instance, California researchers found in 2013 that mice exposed to antibacterial ingredients over a prolonged period were more likely to develop liver cancer. Triclosan has been the focus of many high-profile studies. A study published earlier this year in the journal PLoS One found that when pregnant rats were exposed to triclosan, their levels of progesterone, estradiol, testosterone and other hormones dropped, which could affect fetal development, the authors said. Reports have also found triclosan in waterways.

But no definitive study has yet proven without a doubt how harmful triclosan and similar agents are to humans. And such evidence may always be elusive, in part because of the challenges of this type of research. For instance, it would not be ethical for researchers to pump a group of people full of triclosan to see what happens to them years later. It is also a challenge to say whether triclosan is the cause of a certain health problem or if another risk factor is at play.

The FDA, however, decided it does not need proof that antibacterial agents are dangerous. It is banning them because there is no compelling evidence the ingredients are safe.

It is an important distinction. In 2013, the FDA said it wanted manufacturers to submit evidence that antibacterial ingredients are safe and effective at reducing the spread of germs. That decision came amid research suggesting triclosan and similar agents might be harmful.

According to the FDA, companies "did not provide the necessary data" and the ingredients will soon be banned.

Health Canada's website offers a much different assessment. The department says "Triclosan does not pose a health risk to most Canadians, including children, pregnant women, and seniors" because the levels we are exposed to are "too low to be harmful." Health Canada also says there is "no evidence" triclosan can lead to antimicrobial resistance.

In a statement, advocacy group Environmental Defence called on the federal government to follow the FDA's lead or Canada could become "a dumping ground for products containing these harmful ingredients."

The department limits how much triclosan can be added to personal-care products like soap and toothpaste.

But change could be on the horizon. Health Canada spokeswoman Maryse Durette said in an e-mail that the government will publish a final assessment of the safety of triclosan "in the near future" and take further action "if warranted." 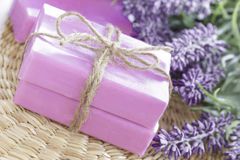 Loblaws says it will ban microbeads and other agents from its products
May 15, 2018 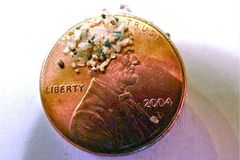 Do you know how many toxic chemicals are in your shampoo, your lipstick, your toothpaste?
May 12, 2018 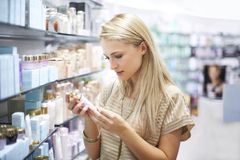