Across countries and species, females live longer than males. It's true in Canada, where a lifespan of just over 83 years gives the average woman a full four-year advantage over the average man. It's also true in Barbados, Cyprus and Malaysia, as well as for some lizards and most primates.

Women who live to 100 are a hot scientific commodity, since understanding their healthy longevity could unlock the fountain of youth for everyone. The newest explanations for their long lives supports what doctors already believed – cardio, carbs and cigarettes aside, the easiest way to live a long life is to be born with the right genes.

Last fall, a team of British and Australian researchers set out to examine the inheritance of mitochondria, the energy centre in cells. Mitochondria have their own DNA, separate from the rest of the cell, and only mothers, not fathers, pass that DNA onto offspring. Wanting to see how that maternal DNA played out in subsequent generations, Damian Dowling and his team from Monash University implanted fruit flies with harmful mitochondrial mutations, then let them breed.

There are other biological advantages to being female. A recent study out of Tokyo showed that women's immune systems declined slower than men's. Although both sexes saw a decline in disease fighting T-cells as they aged, women's decrease happened slower, allowing them to fight infections more effectively for a longer period of time.

Dr. Michael Gordon, medical program director of palliative care at Baycrest Geriatric Health System in Toronto, agrees that genetics are the essential reason an individual might have a long life, but counsels patients about diet, exercise and other lifestyle choices that can, in his words, "enhance or destroy what your parents gave you."

Better nutrition and sanitation has added decades to the lives of all Canadians: In 1921, neither sex generally made it to age 65. These days, there are regional differences, with Nunavut residents having the shortest lifespan, at almost 72 years, while the average British Columbian makes it to almost 82. But across the board, women stick around longer. Women in B.C. live longest, with an average peak of almost 84 years, while men in the Yukon have Canada's shortest lives, usually making it to just past 74 years old.

Lifestyle might also be a reason that the life-expectancy gap between Canadian men and women has been shrinking steadily since 1976. Gordon attributes this to an increase in women's bad habits. "Before World War II, very few women smoked," he says. By 2011, that gender divide had shrunk – 16.7 per cent of men reported smoking daily, compared to 13.5 per cent of women. Gordon also thinks a move into the paid workplace has had a negative effect on women's health, since childcare and domestic chores involve more of what he calls "ambient activities," like weight-bearing and stair-climbing.

A longer lifespan brings its own issues. Women are more susceptible to a host of age-related diseases, including dementia. As men live longer, they're also showing a rise in conditions like osteoporosis. "For years we used to focus exclusively on osteoporosis in women, and really ignored men, says Gordon. "As men are living longer, it's become really obvious that they're suffering."

While longevity may be out of our control, quality of life is something Gordon tells his patients they definitely can affect. "Choosing you parents is of greatest importance in what happens to you," he says. "You start off with biology, and then decide to do the right things, or the wrong things." 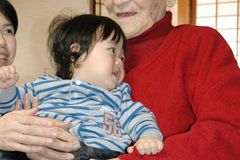 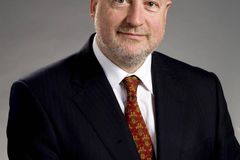