An unsettling new documentary that features pedophiles advocating for themselves on camera argues that unless we provide these men with preventive therapy and mental-health support, we are failing their victims.

Spotlighting "the most viscerally hated group on earth," I, Pedophile stresses a crucial distinction few of us care to make: the difference between pedophiles and child molesters.

Pedophilia refers to a sexual interest in children; child molestation is the behaviour. But not all pedophiles act on their urges: According to a growing chorus of international experts, this is a group society has overlooked, missing an opportunity to prevent harm.

The documentary, which airs March 10 on CBC-TV, showcases several radical but promising preventive therapies that have emerged over the years.

Berlin's Prevention Project Dunkelfeld, launched in 2005, is one of the only places in the world that treats self-identified pedophiles who have never acted out. It also welcomes offenders who come forward because they never want to reoffend, people protected under Germany's doctor-patient confidentiality laws. The government-funded project now has clinics offering therapy nationwide to a population that faces the greatest barriers to accessing care.

As of last September, 5,828 people had contacted Prevention Network Don't Offend for help, 1,927 travelled for diagnostic tests and 1,081 were offered therapy. By October, 477 had started therapy and 207 others who had started earlier completed their counselling.

The process involves group and individual therapy, with the participation of relatives or partners when necessary. Clients get prevention strategies and coping mechanisms to overcome triggers, as well as exercises intended to build empathy for victims; specialists will also prescribe libido-lowering medication in some cases.

Another service, the Stop It Now! helpline, has taken thousands of calls since launching in Britain in 2002. The helpline counsels adults experiencing sexual thoughts and feelings toward children on how to understand and manage their behaviour. Two-thirds of those who called reported altering their behaviour to avoid risking committing an offence, results that earned the helpline an endorsement from Prime Minister David Cameron.

Closer to home, a Mennonite non-profit organization called Circles of Support and Accountability (COSA) employs volunteers and professionals to help high-risk sex offenders not to reoffend after they have been released from prison. Launched in Canada with chapters also operating in the United States and Britain, COSA hosts group meetings that act as check-ins, assessing pedophiles' triggers and holding them accountable.

Evaluations of the program found that those who attended were 70 to 83 per cent less likely to sexually reoffend. Even so, COSA's 18 chapters across Canada lost the bulk of their federal funding in 2014.

Experts argue that costly incarceration – not to mention isolating and harassing pedophiles when they are released from prison and back into communities – is not ultimately working to reduce harm. Following up with offenders 15 to 30 years later, one study found an alarming 42 per cent recidivism rate.

Critics believe that the newer preventive approaches and social safety nets will be critical in preventing child sexual abuse down the road.

In 2008, Cantor, an associate professor of psychiatry at the University of Toronto faculty of medicine and editor-in-chief of Sexual Abuse: A Journal of Research and Treatment, conducted revolutionary research that found a dramatic cross-wiring in the connective tissue (or "white matter") of pedophiles' brains, in an area related to stimuli and sexual response. That discovery suggested that pedophilia is something people are born with.

"We can't seem to be able to change this," Cantor said in an interview. "The only logical thing left to us is to help these people lead as productive and healthy a life as possible. For some people, that's life basics: a regular job, a place to live, having a secure life worth protecting and worth obeying the law for. … When we make it impossible for them to find a job or a place to live, they have a life that isn't worth protecting."

Echoing Cantor's findings, the principle at Dunkelfeld is that you condemn the pedophile's behaviour, not the preference. This controversially positions pedophilia as a sexual orientation. In 2013, Dunkelfeld ran an ad campaign featuring pedophiles coming to terms with themselves and making a pledge: "In therapy, I learned that no one is to blame for their sexual preference, but everyone is responsible for their own behaviour. I don't want to be an offender," one of the actors in the public service ad announces.

What is now commonly understood is that pedophilia cannot be cured. I, Pedophile asks why, if we want to protect children, aren't we doing more to help pedophiles before they commit crimes, doing irreparable harm online and out in the world.

"The first step of helping reduce the instances of child sexual abuse is to help pedophiles get the help that they need. What if they could have been honest about their sexual attractions to begin with, in an enlightened society that would push them in a different direction," asks Matthew Campea, the film's Toronto-based director.

Pedophiles will often mistake the attention of a child for attraction. This, experts say, is a critical point to intervene with therapy that examines situations from a child's perspective, or establishes empathy for victims.

"If pedophiles have access to support networks … there is constant reinforcement of this very important idea that sexual contact is not actually solicited by children," Campea said. "What if you get a 15-year-old grappling with these feelings to a counsellor immediately, a counsellor who would have the scripture to tell him right away that children are not consenting?"

I, Pedophile stresses that, compounded with social alienation, the lack of mental-health support worsens these people's chances.

"They have this secret that festers inside them that they can't talk to anyone about. That's a dark place," Campea said. "We're at a moment in time here. If somebody is born with something they can't control, we shouldn't condemn them. We should extend a compassionate hand and give them the resources they need to lead a virtuous, dignified life." 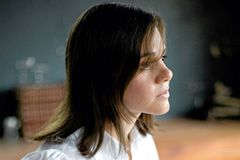