In labs around the world, scientists are pursing the holy grail of influenza research: a vaccine that protects against all flu strains – not just this year, but for decades.

Every fall there's a campaign to convince people to get their annual flu shot – but the vaccine is far from perfect and may not provide as much flu protection as many people think.

New flu shots are developed every year based on predictions of what the year's dominant strain will be. When those predictions are wrong, the effectiveness of the flu shot is reduced. Even if the vaccine targets the right strain, its rate of effectiveness drops in some age groups, particularly the elderly.

A major report released last week stoked the debate over flu shots and public inoculation campaigns that target all age groups. The study, released by the Center for Infectious Disease Research and Policy at the University of Minnesota, disputed the common belief that the flu shot is 70- to 90-per-cent effective in healthy adults, and pegged the actual number at 59 per cent. Effectiveness in children, teens and adults age 65 and older may be even lower, it said.

Why, then, is everyone urged to get a flu shot each year? Because it does work for many people and, despite its shortcomings, the flu shot is the best weapon available to a budget-stretched health care system.

"It's a really complex problem," said Glen Armstrong, professor and head of the department of microbiology, immunology and infectious diseases in the faculty of medicine at the University of Calgary. Despite questions around its effectiveness, "as vaccines go, it's still one of the best vaccines that we have," he said.

Its drawbacks, however, are the reasons why scientists around the world are trying to build a better flu shot – one that's universal and could protect against variations and new flu strains for years. It's an exciting prospect, but one that will take years to become widely available.

Todd Hatchette, director of virology and immunology at the Queen Elizabeth II Health Sciences Centre in Halifax, says the flu virus can be compared to a ball that has trees stuck all over it. The leaves on the trees interact with cells in our body, making us sick.

The current flu shot contains a dead virus that, when injected, spurs the immune system to create antibodies. The antibodies prevent infection by latching onto the "leaves" of the flu virus, preventing it from entering the cells. According to the report released last week, this will protect, on average, 59 per cent of healthy adults between 18 and 65 – a lower protection rate than previously thought – and fewer than 20 per cent of those over 65.

A universal vaccine, however, would target the "trunk" of the tree, which is relatively similar between all flu viruses, rather than the "leaves" that mutate. Peter Palese at the Mount Sinai School of Medicine in New York is one of the leading researchers leading in this area.

Others are looking to history to help develop a more effective vaccine. Gary Kobinger, head of vector design and immunotherapy at the National Microbiology Laboratory in Winnipeg, and his colleagues created a synthetic flu vaccine that is based on all of the flu strains that have circulated in the last 100 years. They started human trials earlier this year.

Progress toward a universal vaccine is promising, but it's unclear whether it will become a reality within the next decade. "I don't think we're anywhere close to getting that yet," Hatchette said.

In the meantime, experts continue their efforts to refine an annual mass inoculation strategy that, despite offering only limited protection for some groups, is still the best available defence.

Research into how to make it more effective for older adults includes adding adjuvants, or a booster, that would help engineer more antibodies. It sounds like a simple fix, but changing a vaccine could introduce new risks. "When you start playing around and engineer anything … you start getting into an area where you may come up with a better vaccine, but then may discover after vaccinating it's not as safe," Armstrong said.

A nasal spray vaccine that was approved for use in Canada in 2010 is seen by many health experts as an important step to protect young people against the flu. Although the spray vaccine, which contains a live form of the virus, is approved for people between the ages of 2 and 59, mounting research shows it works particularly well in children. This is an important step because kids may not get the same levels of protection from the annual flu shot as adults.

Researchers will continue to pursue a universal flu vaccine, but until that's available, the best evidence still overwhelmingly supports the idea that people should get a flu shot every year, said Mark Loeb, professor in the department of pathology and molecular medicine at McMaster University in Hamilton.

But a greater understanding of its shortcomings is needed to drive change, say the authors of the Minnesota study. "The perception that current vaccines are already highly effective in preventing influenza is a major barrier to pursuing game-changing alternatives," they wrote.

Help! My kids are making their grandparents sick
May 9, 2018 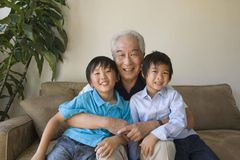 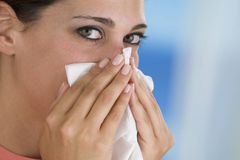 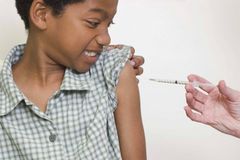