If you have ever felt like you're passing razor blades instead of water, you know that urinary tract infections are a unique form of torture. Urinary tract infections, for the lucky ducks who have never had one, may affect the urethra, the bladder and the kidneys. Left untreated, they can lead to permanent kidney damage and sepsis, a life-threatening immune response to infection. Now imagine, if you dare, a UTI that could fight off the most potent antibiotics we have.

This horrifying thought became closer to reality in May, when a Philadelphia woman tested positive for a new superbug – a strain of E. coli resistant to a last-resort antibiotic called colistin. Fortunately, her UTI was not invincible to all antibiotics. But as the bacteria that cause UTIs continue to mutate, scientists fear the time will come when one of the most common infections in the body becomes all but untreatable.

That grim future may not be far off. Many UTIs are already resistant to one or more antibiotics, leaving women to cope with infections they can't seem to shake.

Patricia, who declined to give her last name, has had five UTIs since Christmas. The 71-year-old Toronto resident has taken several different antibiotics to clear them up, including a penicillin that she says didn't help. But they keep coming back. "It feels like it might be the same one again and again," she said, adding, "it's a worry."

Patricia's doctor, Sheila Wijayasinghe, confirmed that UTIs are getting tougher to treat. In bacterial cultures from patients with UTIs, "we do see resistant strains to our most commonly used antibiotics," said Dr. Wijayasinghe, who practises family medicine at St. Michael's Hospital in Toronto.

Some patients with recurrent UTIs have allergies to specific antibiotics, combined with high levels of resistance to others. In cases like these, Wijayasinghe has had to have patients admitted to the hospital for more aggressive treatment, she said. "Sometimes the remaining options are only available by IV."

To help keep antibiotic resistance in check, doctors and patients should pay closer attention to updated guidelines for treating common infections, researchers say. Here are some things to know before you take antibiotics for your next UTI.

Many bacteria 'clear up on their own'

Antibiotic resistance has reached dangerous levels worldwide, the World Health Organization reported in 2014. While resistance varies by region, and even hospital to hospital, North American urologists report that resistance rates of 30 per cent and up are not uncommon for Ciprofloxacin and Bactrim, antibiotics widely prescribed to treat UTIs.

Scientists have linked the rise of treatment-resistant UTIs to overuse of antibiotics for everything from bronchitis to the common cold. The more bacteria are exposed to these medications, the more they develop immunity, researchers say.

But treatment-resistant UTIs may also stem from antibiotic use in the cattle, pork and poultry industries, because these animals receive some of the same medications used in humans. Researchers, including Amee Manges, an epidemiologist at the University of British Columbia, have found strains of E. coli in UTIs that show the same resistance patterns as those found in food-producing animals treated with antibiotics.

The decline in effective treatments for UTIs hurts women the most. Half of all women will get at least one UTI in their lifetime. While people of any age or sex can develop a UTI, about four times as many women get them as men. Women have a shorter urethra, which makes it easier for bacteria to reach the bladder, and the opening of a woman's urethra is closer to the anus, where bacteria live.

Urology associations in North America and Europe have come out with new UTI treatment guidelines to help curb antibiotic resistance. But the message may not be getting through to patients and health-care providers fast enough, said Dr. Andrew Sokol, a uro-gynecologist at MedStar Washington Hospital Center in Washington.

All too often, he said, doctors prescribe antibiotics after finding bacteria using a urine dipstick, even if the patient does not have UTI symptoms, which include a burning sensation during urination and an increasing need to pee.

But it's normal to have low-level bacteria in urine because the bladder flushes out pathogens all the time, he pointed out. And even if the patient does have a mild infection, "between 25 and 40 per cent of all these bacterial growths in the bladder will clear up on their own," he said.

Whenever possible, doctors should order a urine culture to check the level of infection and find out whether the bacteria are resistant to antibiotics. But since culturing bacteria takes one to three days – and the patient may be in too much agony to wait – doctors often prescribe antibiotics based on symptoms alone.

While this approach is consistent with treatment guidelines, prescribing antibiotics without a urine culture "can be a tough call," Dr. Sokol said. For example, a woman may report increased frequency of urination, but "maybe she's drinking too much caffeine." He added that other conditions can mimic a UTI, including vaginal infections, which will either resolve on their own or require medications other than antibiotics.

More severe symptoms, such as blood in the urine, do require antibiotic treatment. Doctors should give the lowest dose and shortest course necessary, Dr. Sokol said. For an uncomplicated UTI, three to five days of the right antibiotic should do the trick, but many doctors order seven to 10 days, he said.

Unless a UTI has progressed into a kidney infection, doctors should prescribe antibiotics that target the bladder, such as Macrobid, and not start out with a broad-spectrum antibiotic such as Cipro. "That's a big gun," he said. "We need it for other things."

An ounce of prevention

Many women swear by cranberry juice or tablets, but the evidence that cranberry products can help prevent UTIs is paltry at best, according to a 2012 review by the esteemed Cochrane Collaboration.

Other prevention strategies include voiding the bladder before and after sex, maintaining a high fluid intake and wiping front to back to prevent bacteria from the vagina and anus from entering the urethra.

"These strategies are generally not evidence-based," said Dr. Lynn Stothers, professor of urology at the University of B.C. Nevertheless, urology associations continue to recommend them "because clinically, we feel that the risk of patients undertaking these strategies is low."

UTIs tend to flare up after sexual activity, hence the term "honeymoon cystitis." But inappropriate catheter use also increases the risk of UTIs, Dr. Stothers said.

Women with recurrent UTIs, defined as either two or more infections within six months, or three or more in a year, should be examined for obstructions in the urinary tract and for kidney stones, which can harbour bacteria, she said.

Other risk factors include the thinning of the genitourinary skin that occurs after menopause. Studies have shown that small amounts of estrogen in a topical cream or vaginal ring can reduce the number of UTIs in postmenopausal women.

Now that antibiotics are losing their punch, scientists are searching for other ways to dislodge the bacteria that cause UTIs.

E. coli – the culprit in 80 per cent of all UTIs – attaches itself to the cells of the urinary tract lining using tiny appendages that are tightly coiled like a spring. They act as shock absorbers, enabling E. coli to withstand the tidal wave-like forces of an emptying bladder.

Recently, however, Swiss scientists have found the secret to the bacteria's super grip: a chain of proteins called FimH. In a study published in March in the journal Nature, they showed that an experimental drug could disable these proteins, allowing the bladder to flush out bacteria without the need to kill them with antibiotics – in theory, at least. More testing is under way to see if an oral medication could target these proteins and safely treat UTIs.

But even if it works, getting a new UTI treatment on the market could take years. In the meantime, women are left with unproven prevention strategies, folk remedies such as drinking apple cider vinegar and a declining list of effective antibiotics.

Considering the ubiquity of UTIs and the risk of serious complications, research on this scourge of women's health has been woefully inadequate, doctors say. "All of women's health is an underfunded area," noted Dr. Sokol.

Patricia of Toronto agrees. "If more men knew what it felt like to walk around with a UTI, and have every step hurt," she said, "they would be thinking it was more important." 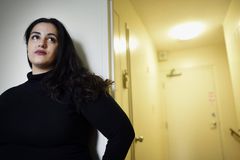 Why the decision to circumcise should be left in the hands of the family
June 2, 2014 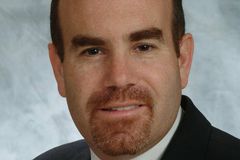 Why do I get urinary tract infections all the time?
February 19, 2013 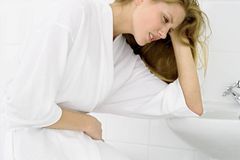