It turns out that the most urbane of assumptions – that the suburbs make you fat – is actually true. With high rates of obesity and diabetes in Canada and the United States – one in four Canadians are now obese, and more than nine million people are living with, or at risk of developing, diabetes – plenty of attention is now being paid to how to make people healthier through diet and exercise. But what if our streets are at least partially to blame? Norman Garrick and Wesley Marshall, assistant professors of engineering at the Universities of Connecticut and Colorado, respectively, along with Dan Piatkowski from the University of Colorado, have just completed a large-scale study of how street networks affect health.

In the study, published this month in the Journal of Transport and Health, the researchers examined 24 cities in California and compared street-network types with data from the California Health Interview Survey. Garrick and Marshall talked to The Globe about the road to a healthier life.

Tell me about the history of street design.

Garrick: Prior to the 1930s, every city in the world was built with streets that connected to every other street. Le Corbusier had this concept that streets were no longer relevant in the era of cars. In fact, he went so far as to say that we need to kill the street. His work has been unbelievably influential. We have ended up with the idea of street networks being arterials, collectors and then local streets which are cul-de-sacs.

Marshall: We first did a road-safety study where we found these denser, more connected cities were killing three times fewer people than the newer, sparser, more tree-like cities.

And what did you find when you compared a street network's levels of density, configuration and connectivity with health?

Garrick: We found that cities with denser networks were the ones that performed best.

Marshall: You're going from 20-per-cent obesity to close to zero from the sparsest cities to the ones with the most contacts. Those are big numbers.

Your study also found wide streets with many lanes are correlated with higher rates of diabetes and obesity.

Garrick: It's about people being able to walk.

Garrick: That's all about driving. Nobody's walking to the Wal-Mart.

Are urban planners beginning to pay attention to the links between street networks and health?

Marshall: You've heard all the obesity stories that come out. They say it's a huge epidemic. But it's mainly connected to food and exercise, yet nobody connects it as much to where people live and the fact that we've engineered walking and biking out of most people's lives.

It's not like we can rip out whole neighbourhoods and start over, so what do we do?

Marshall: Instead of focusing on some sort of super-block or big-box store when doing an infill development, why not break it up into four blocks or eight blocks? There are ways to slowly but surely move in this direction.

There is always the question of correlation versus causation regarding studies like this. Critics will say street networks don't actually make us fat or unhealthy.

Marshall: You could always say that people who are healthy, who walk and bike more, could be more likely to move to these places where you have the ability to do that. But at the same time, not a lot of people have that choice.

We didn't look at kids in this study, but childhood obesity is a major issue and those kids aren't self-selecting their neighbourhoods. Their parents are doing it. And you can drive to the gym, or drive to the park. But you've sort of taken it out of people's everyday routine.

People's choices of where to live are obviously determined by a large number of factors, but do you think this should be one of them?

Marshall: It seems like it wouldn't be a bad idea. Not many people think of that when they're buying a house. They think about schools for their kids, they think about their commute to work. But if you know that your chances of being healthy in this neighbourhood are much better than in a different neighbourhood, it seems like a valid concern. It's worth thinking about.

Not satisfied after a meal? Here’s something that could help
August 18, 2014 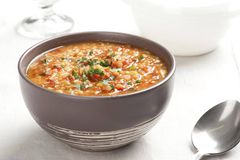 Could the ‘miracle fruit’ help in the fight against obesity?
August 12, 2014 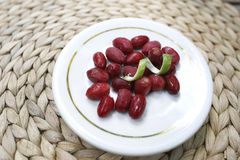 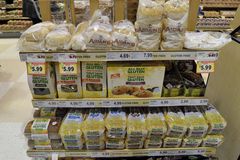 Kids who spend time outside after school more likely to be fit: study
July 17, 2014 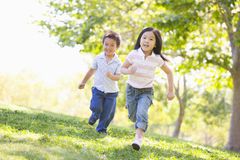